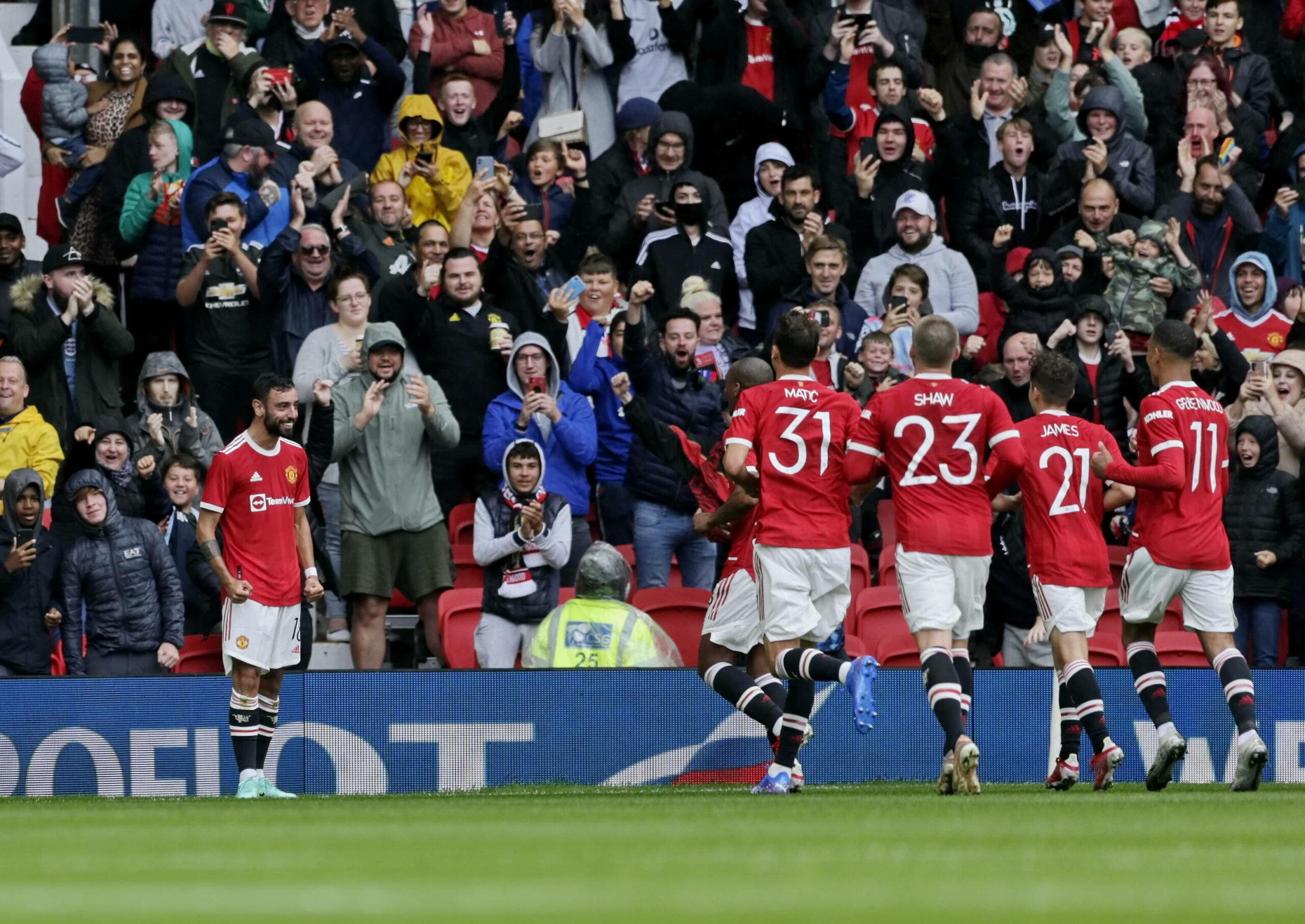 For the first time in a while, Manchester United start the new season with much to look forward to.

Ole Gunnar Solskjaer has signed his first-choice targets in Jadon Sancho and Raphael Varane, and fans are confident of United’s chances this campaign.

United are well stocked with attacking options. The addition of Sancho allows greater balance on the right-wing.

One of United’s significant weaknesses last season was the imbalance in attacking play.

Almost all of the attacking impetus was focused down the left-hand side, with Luke Shaw, Marcus Rashford, Paul Pogba and Bruno Fernandes occupying similar positions.

This left a large gap down the right-hand side, which was often left unexploited.

On paper, United have one of the best attacks in the Premier League.

One of United’s significant weaknesses remains the midfield. Scott Mctominay and Fred start as a double-pivot in Solskjaer’s 4-2-3-1 formation for the majority of matches.

Though competent, none of them offer the passing ability and defensive assurance to play that role. The build-up from the back is slow and forwards are often starved of the ball.

United are in the market for a midfielder but are not currently pushing for a deal.

If the Red Devils fail to land a defensive midfielder this summer, it could prove to be something opposition teams exploit.

United are blessed with a young and exciting squad. They boast an array of talented players that are eager to prove themselves.

Diallo has shown great promise and looks like a bright prospect.

Greenwood is gradually becoming one of United’s key attacking players and is slowly being moulded into a striker.

Players like Hannibal Mejbri, Shola Shoretire and Anthony Elanga will look to break into the senior squad and make an immediate impact.

Overall, United look much stronger this season, with key issues addressed. Anything less than a genuine title challenge will be seen as a failure.

In the Champions League, United will be looking to reach the quarter-finals at the very least.

Solskjaer must now deliver silverware and prove that he is the right man for the job.