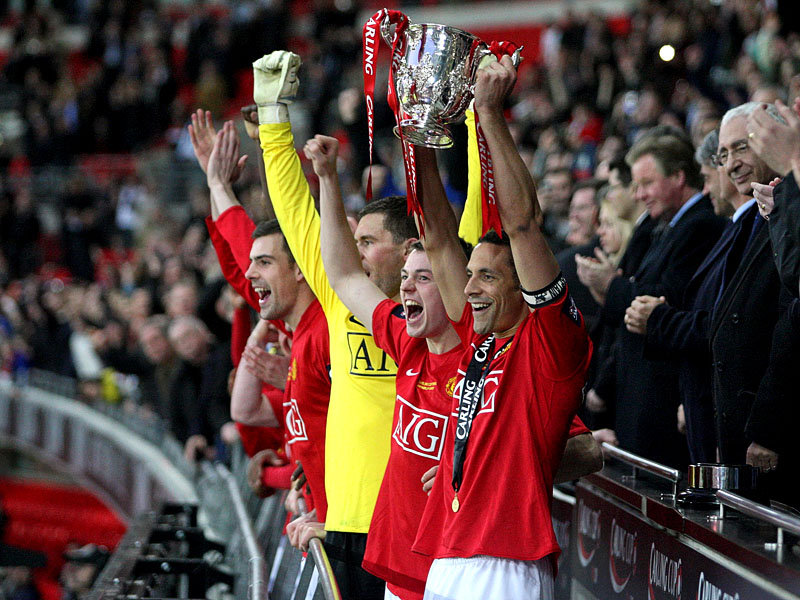 I’m sure many of us are still riding high on the peak of cloud nine following the last gasp events of Sunday afternoon and who in their right mind can blame us! In fairness, you could even be forgiven for allowing this evening’s fixture against Wolves to have slipped the mind and altogether dipped off the radar.

Although however seriously United fans may or may not be taking the League Cup this season, you can bet your bottom dollar that the side Sir Alex decides to pick will be hell bent on putting on an impressive performance.

At the end of the day, as League Cup winners last season, the lads certainly have a trophy to defend and you would like to think that they will approach this task with a certain degree of gusto and determination. OK so lifting the League Cup clearly won’t be the pinnacle moment of any of these player’s careers but this competition does present the opportunity for fringe players and youthful exuberance to stake a claim.

Ferguson will undoubtedly want to win the game and his team sheet should reflect that exact point.  It is between the sticks that I believe the United boss will have his toughest decision to make with Edwin van der Sar still crocked. Does Fergie opt to continue with Foster despite his somewhat calamitous performance against City in a drastic attempt to restore some confidence? On the other hand is it time the somewhat forgotten man amongst the goalkeeping ranks, Tomasz Kuszczak, was given a chance without the pressure of Premier League points being at stake?

Tonight should mark the return of Wes Brown back into the starting eleven and if Gary Neville gets the nod at right-back, Brown will likely partner Rio Ferdinand (as punishment for his mistake to continue his comeback from injury) in the centre of defence. Patrice Evra should be afforded the night off having played in every competitive game thus far this season so young Fabio da Silva could come in as a direct replacement at left-back.

In midfield Nani should take centre stage on the left wing with Danny Welbeck possibly lining up on the right-hand-side.  Darron Gibson will be desperate for a start in the middle of midfield alongside Michael Carrick who will see tonight’s proceedings as the perfect chance to get his season up and running with a polished performance.

After his heroics on the weekend, Michael Owen will be rewarded with a start (although you would think that was part of the plan whether he scored on Sunday or not) alongside Italian Federico Macheda. I’ll apologise now for a team that will no doubt prove to be 99% wrong!

So what have the respective manager’s had to say in the build up to this third round tie? Well Sir Alex has, perhaps somewhat surprisingly, issued a warning to Macheda and Welbeck, urging them to assume a club>country mentality.

“Welbeck has been called away so much with every single England squad [the Under-19s and Under-21s] that I don’t know if he is our player or their player,” Ferguson said as quoted by The Times.

“Macheda has been away with the Italy youth teams all the time and has hardly been with us, either. They are away that much with the youth squads, they have forgotten where their real place is.”

Meanwhile Mick McCarthy has indicated that his Wolves side will look to attack from the off at Old Trafford which will hopefully make for an entertaining encounter.

“We are not going there to sit back,” the Wolves boss is quoted as saying by The Independent.

“We will play 4-4-2 and have a game with them. I have never beaten United at Old Trafford in anything. We want to try to win the game.”

Even with a starting eleven stripped of the likes of Wayne Rooney and the ever impressive Darren Fletcher, a victory should be well within our grasp. Wolves will see this as the perfect opportunity to attempt to get on the front foot which could prove their immediate downfall and with a few United player’s keen to prove their worth, we should end up ultimately having too much for the newly promoted side.