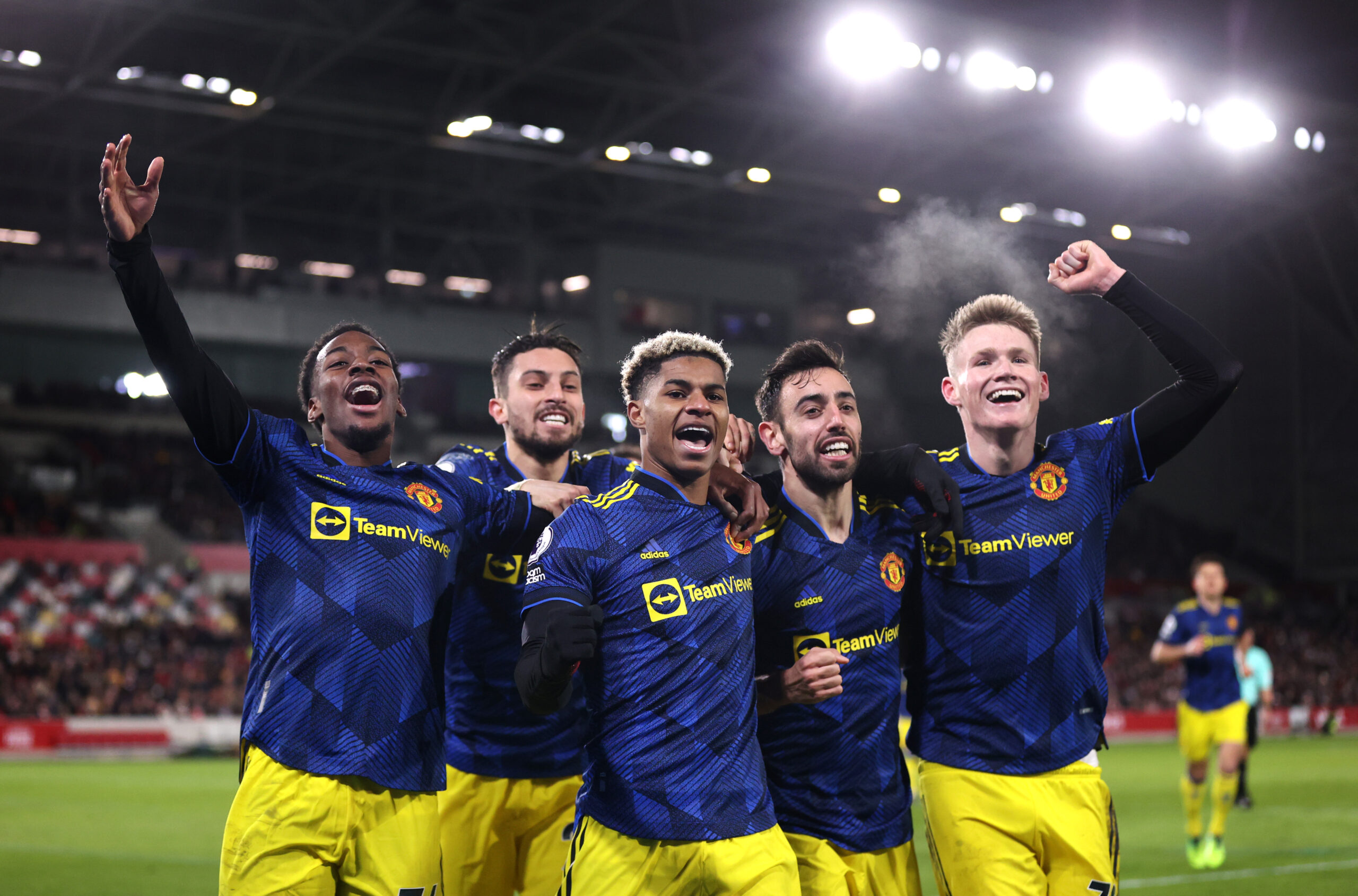 A stunning second-half performance from the Red Devils’ homegrown stars, Anthony Elanga, Mason Greenwood and Marcus Rashford, fired Ralf Rangnick’s side to a 3-1 win at Brentford in midweek league action.

Although United’s recent displays have flattered to deceive, the three-time European champions have been on an upward curve since parting with Ole Gunnar Solskjaer.

They have only lost one of their nine Premier League matches in the post-Norwegian era (W5, D3), reigniting their hopes of sealing a top-four finish for the third year running.

Coming into this matchday, Man United sit two points adrift of fourth-placed West Ham in the Premier League table with a game in hand, meaning a win here could be a potentially season-defining moment for the home side.

But despite falling to a 3-2 home defeat to Leed United last time out, the Hammers could prove tough opposition here, having won back-to-back league games away from home.

Former Red Devils boss David Moyes will have an added motive to upset the Old Trafford faithful as he seeks his first-ever Premier League triumph at this venue as an away manager (D4, L10).

Man United have racked up a staggering 20 victories from their 25 Premier League meetings with West Ham at the Theatre of Dreams (D3, L2), going unbeaten in the last 13 in a row.

Ominously, the last time the Hammers walked away from Old Trafford with all three points, Cristiano Ronaldo was at the heart of United’s frontline, back in May 2007 (Editor’s note: to be fair, United had won the title by that stage in the season).

On the bright side, the Red Devils have gone unbeaten in all four previous league encounters against West Ham when starting the matchday below them in the Premier League standings (W3, D1).

Since the start of the 2020/21 season, Man United have delivered a mixed bag of performances versus London sides at home (W3, D2, L3), albeit they have won both such fixtures this term.

Beforehand, the Red Devils had only lost three of their 38 Premier League games against teams from the nation’s capital between 2013/14 and 2019/20.

However, Rangnick’s side lost 1-0 to Wolverhampton Wanderers in their inaugural top-flight match at Old Trafford in 2022, attempting just two shots on target.

As a result, Man United face the risk of losing their first two home league outings of a new calendar year for the first time since 1985.

Cristiano Ronaldo was seemingly unhappy with Rangnick’s decision to sub him off in the 71st minute at the Brentford Community Stadium in midweek.

The Portugal captain is now experiencing a two-game scoreless run in the Premier League and could make it three top-flight appearances without scoring for the third time this season.

Since the 36-year-old has never been faint-hearted, it is easy to assume he will be looking to build on his impressive record against West Ham.

Ronaldo has tallied six goals and one assist in his five Premier League outings against the Hammers, including a first-half equaliser in United’s 2-1 win in the reverse fixture earlier this season.