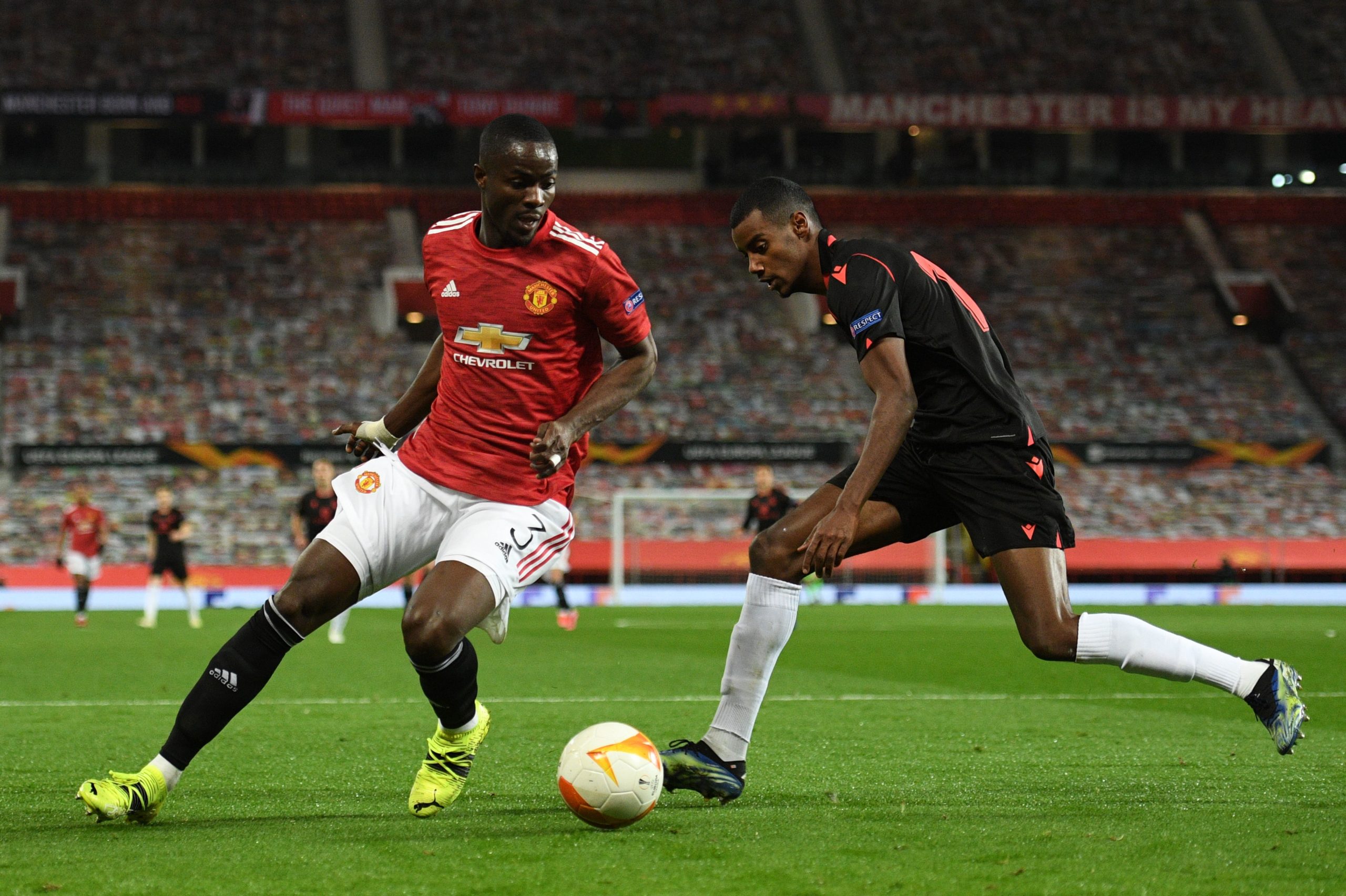 Manchester United coasted into the Europa League last-16 after playing out a goalless home draw with Real Sociedad in the return leg of their last-32 tie on Thursday.

United hammered Sociedad 4-0 in the first leg to put themselves in prime position to maintain a 100% record in the Europa League round of 32.

A commanding victory in Turin last week put Ole Gunnar Solskjaer’s side in firm control ahead of the return leg, allowing the Norwegian to rest some overused first-team stars.

Although Sociedad tried to impose their rhythm from the start, United’s awareness and commitment were spot on.

The match failed to produce a goal, but there was plenty of action during the 90 minutes.

One of United’s first-leg heroes, Daniel James, committed a silly challenge on former Red Adnan Januzaj 11 minutes into the game to give away a cheap penalty.

However, Mikel Oyarzabal wasted a golden opportunity to put Sociedad back into the tie with a wayward spot-kick.

Another quick passage of play almost led to United’s opener. Bruno Fernandes hit the crossbar in the 23rd minute after latching onto a nice return ball from Fred.

Sociedad keeper Remiro shone again ten minutes before the break to deny James. The 23-year-old was on the receiving end of Bruno’s perfect chip over the visitors’ defence, only to see his close-range attempt saved by the Spanish shot-stopper.

Solskjaer introduced Marcus Rashford at the beginning of the second half, with the Englishman nearly scoring with his first touch on the ball.

Unfortunately, his venomous free-kick missed the target by a whisker.

Sociedad responded immediately through Bautista Orgilles Jon, who was first to a rebound inside Dean Henderson’s 18-yard box only to rattle the bar.

Mason Greenwood then squandered two promising chances in quick succession, with his 56th-minute shot clattering against the side netting.

Solskjaer’s men continued to dominate possession and control the proceedings.

The hosts’ initiative appeared to pay off just beyond the hour mark through Axel Tuanzebe’s towering header.

However, the 23-year-old’s celebration was short-lived, as VAR deemed Victor Lindelof’s challenge inside the six-yard box a bit over-zealous.

Sociedad’s first and only shot on target arrived four minutes before the final whistle, but Dean Henderson did not break a sweat keeping Martin Castellanos at bay.

United can now switch their focus over to their upcoming Premier League fixture against a resurgent Chelsea side.

The Red Devils travel to Stamford Bridge on Sunday, looking to extend their unbeaten league streak against the Blues to seven games.

Though the title is well out of reach, a victory would see Solskjaer’s side solidify their position in the top four race.