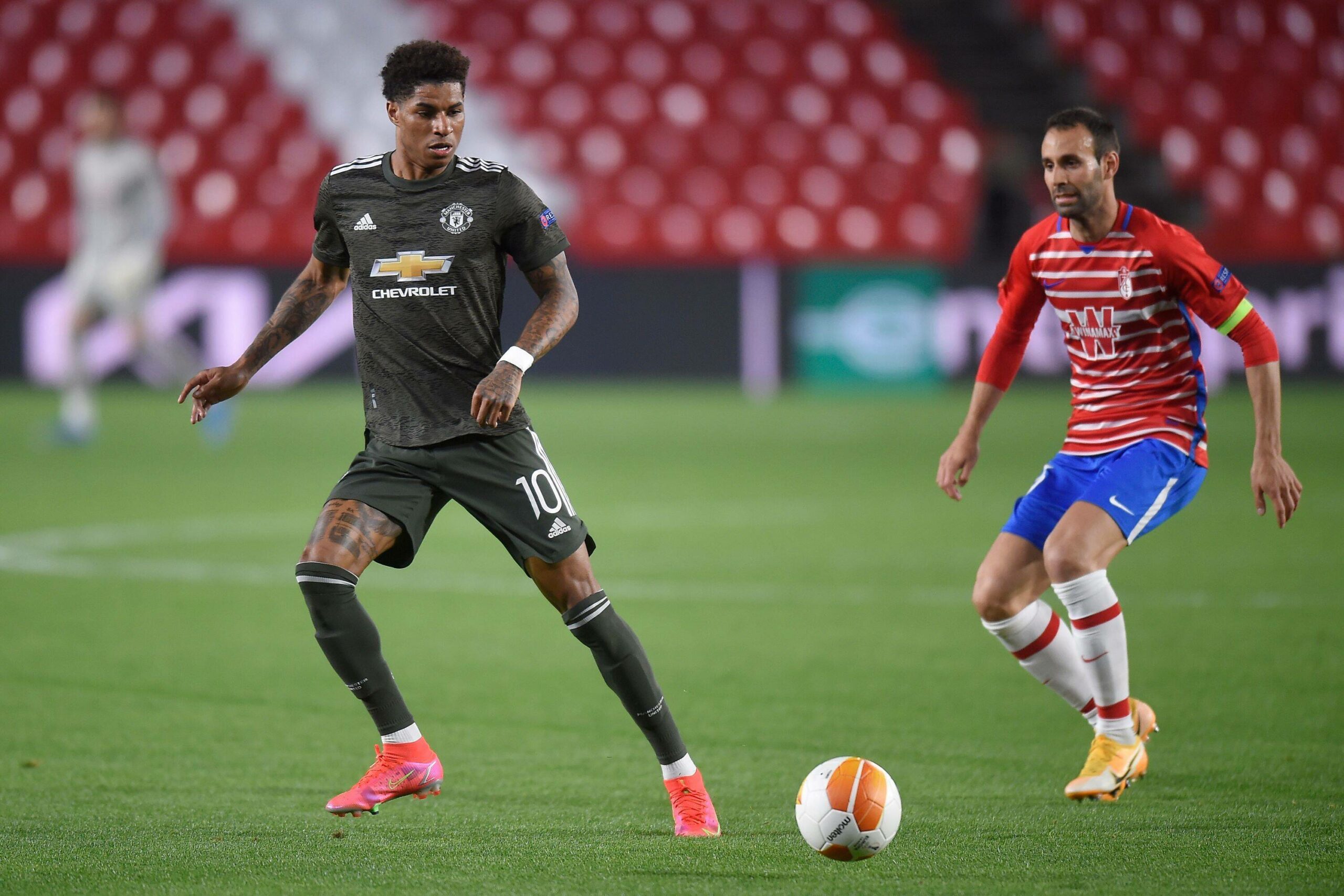 Manchester United and Granada will go head-to-head at Old Trafford in the return leg of their Europa League quarter-final tie on Thursday.

Marcus Rashford and Bruno Fernandes were on the scoresheet as United posted a 2-0 win in Spain last week to secure a comfortable advantage ahead of the rematch.

The Red Devils will be looking to conclude the job on home turf and reach the Europa League semi-finals for the first time since winning the trophy in 2016/17.

Indeed, the Premier League heavyweights have never bowed out from a major European competition after winning the first leg away from home, progressing to the next stage on all 19 occasions.

United pulled off only their fourth competitive victory on Spanish soil in the first leg, while Granada lost their only meeting with a Premier League side to date.

Given United’s rich European tradition, it may come as some surprise that they have only picked up nine triumphs in their 27 home matches against La Liga visitors (D12, L6).

Before a 4-1 thrashing of Real Sociedad in the Europa League last-32 first leg, the Red Devils had gone winless in nine consecutive European fixtures versus Spanish adversaries.

But a two-goal lead presents United with a prime opportunity to improve their negative record in UEFA competition two-legged ties against La Liga clubs (W7, L9).

Ahead of the kick-off, United have avoided defeat in 16 successive home matches in the Europa League (W12, D4), albeit they have drawn the last two.

The hosts have been hard to penetrate defensively, as highlighted by five shut-outs in their last seven home outings in the competition.

Solskjaer will have several tough choices to make when it comes to the selection of his backline.

Luke Shaw and Harry Maguire have accumulated yellow cards and won’t be in contention for Granada’s visit on Thursday.

Alex Telles should slot in for the English left-back as he has often done in Europe this term.

Eric Bailly, who has tested positive for COVID-19, will also be on the sidelines, which could allow Axel Tuanzebe to return to the fold.

Scott McTominay will be a notable absentee in midfield for the same reason as Shaw and Maguire.

Anthony Martial has yet to recover from a knee injury he sustained while away on international duty with France, while Daniel James’ availability remains questionable.