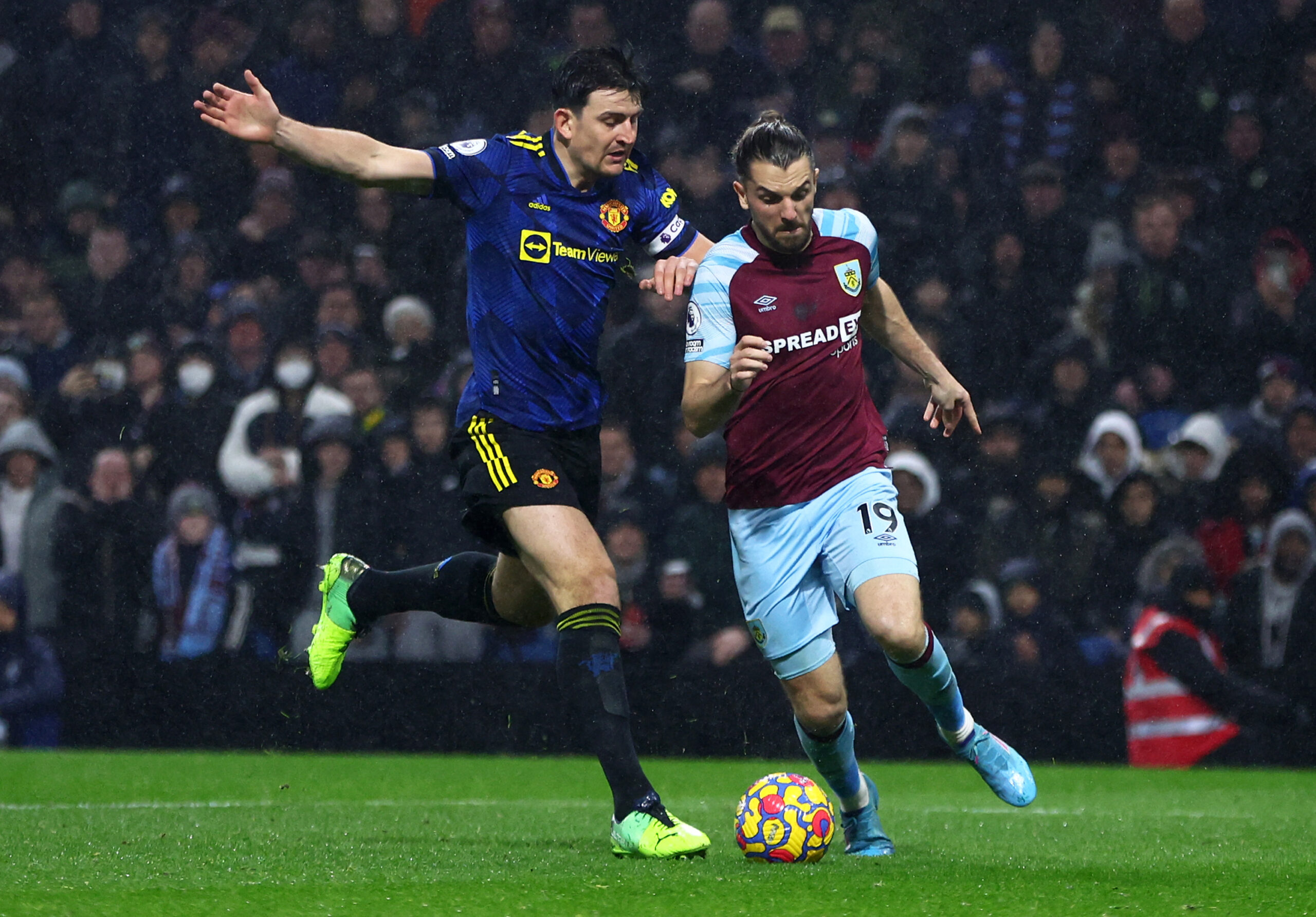 Manchester United return to competitive action this week to face Burnley in the last 16 of the Carabao Cup.

United were enjoying a good run of form just before the international break and will now be looking to get back on track on Wednesday.

The Red Devils are undefeated in their last four games in this fixture and will be hopeful of extending the streak here.

United will host this one with Erik ten Hag’s men set to play back-to-back Carabao Cup games at Old Trafford.

The game will be played on Wednesday night as the penultimate fixture of the cup round.

Manchester United v Burnley will be live on Sky Sports – if you are unable to watch it, see our Man Utd live streaming sites for more options.

The Old Trafford outfit faced Aston Villa in their first cup game of the season, picking up a dramatic 4-2 comeback win.

Anthony Martial, Marcus Rashford, Bruno Fernandes and Scott McTominay all got on the scoresheet in a blistering second-half display and Ten Hag will now be hoping for another strong showing from his men this week.

United struggled to impress during the international break, losing their two friendly games and will be desperate to bounce back here.

The majority of the World Cup participants will only just return to training this week and may not be involved on Wednesday.

The Clarets opened their Carabao Cup campaign with a 1-0 win over Shrewsbury Town, with Samuel Bastien scoring the sole goal of the game.

They then faced Crawley Town in the last round, picking up a 3-1 comeback win and will be looking to test their mettle against top-flight opposition this week.

Burnley have been knocked out at this stage of the competition in the last two seasons, losing to Tottenham Hotspur last season and Manchester City in the previous campaign.

They will fancy their chances this time around after winning eight of their last nine games across all competitions.

Players to watch – McTominay vs Brownhill

Wednesday’s game will feature two sides whose managers place the utmost emphasis on the midfield.

McTominay has shown flashes of quality on occasion this season and is expected to start this week. The Scotsman will now be looking to put out a strong performance before the likes of Christian Eriksen and Casemiro return to action.

Josh Brownhill has been at the heart of Burnley’s promotion charge, starting all but one of their 23 league games. The 27-year-old has created the most chances for the Clarets this season and they will rely heavily on his services this week.

The respective performances of both men would go a long way in determining the outcome of the tie.