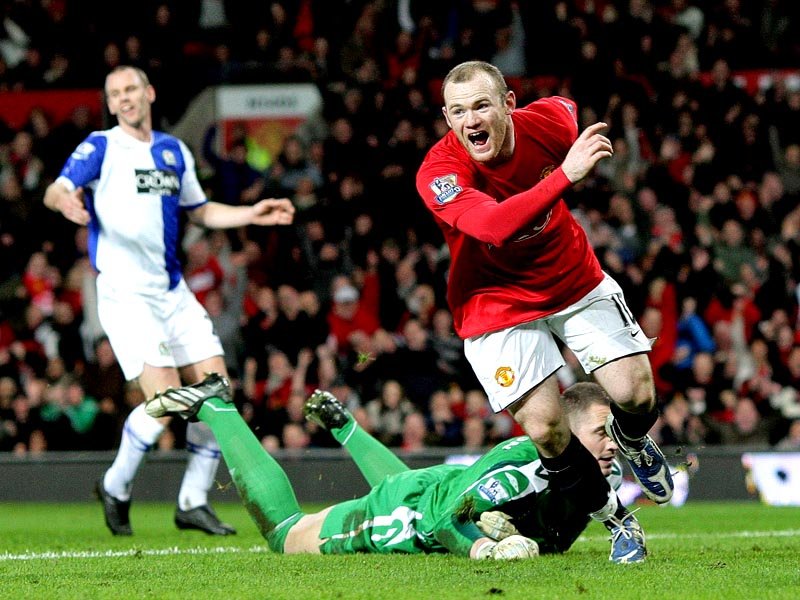 After the effective, if not inspiring, performance of the second string in the Carling Cup earlier in the week, normal service resumes this weekend as United face Blackburn in the Premier League.

Rovers enjoyed a relatively safe passage into the quarter finals of that competition that none of the big guns tend to take very seriously the League Cup themselves on Tuesday night although Saturday should prove a much tougher hurdle for Sam Allardyce and his swine flu-hit charges to negotiate.

With Ferguson guaranteed to reshuffle the pack following the victory over Barnsley, expect atleast eight or nine changes from the team that started at Oakwell. Edwin van der Sar will certainly replace Ben Foster in goal and you would expect that John O’Shea and Patrice Evra will slot back in to the two full-back positions.

Having served his one-match suspension in the Carling Cup, Nemanja Vidic could return to the side although a calf problem renders him a doubt. The much maligned Rio Ferdinand is also struggling with a calf injury so don’t be surprised to see either Jonny Evans or Wes Brown featuring from the start.

In midfield Owen Hargreaves, Park Ji-Sung and Darren Fletcher remain on the sidelines while Ryan Giggs is reportedly struggling with a knee injury. That could see both Nani and Antonio Valencia starting on either flank with Anderson and Michael Carrick forming a central midfield partnership. Gabriel Obertan gave a good account of himself against Mark Robins’ Tykes on Tuesday although a place on the bench looks like the most he can hope for at this very early stage of his United career.

Up top, one would anticipate that Ferguson will opt for the familiar partnership of Dimitar Berbatov and Wayne Rooney although Michael Owen will also be in with a shout having took his goal superbly well the other night and generally looked sharp in the limited cameo role he played against Liverpool.

Speaking to the media, Ferguson explained that he is anticipating a difficult encounter with Blackburn, praising the role of Allardyce in picking up the pieces when Mark Hughes departed Ewood Park back in June 2008.

“I saw them recently against Burnley and they played really well in that game,” he said.

“They have always been difficult to beat at Blackburn and I think Sam has built a different team from Mark Hughes’ Blackburn.

“Quite a few decent players have left like David Bentley  and Stephen Warnock  and Sam has had to pick up the thread of what was left and replacing players of that quality was not easy.”

Blackburn are likely to be without Christopher Samba and Jason Roberts who are both suffering from the effects of swine flu and Ferguson moved to insist that United have so far been unaffected by the pandemic.

“It’s an interesting thing. Flu does happen. Whatever you call it, you had Asian flu a couple of years ago with players missing games,” he added.

“Fortunately so far we have been okay.”

Sir Alex may have called for caution ahead of Saturday’s meeting at Old Trafford although anything but a resounding three points would surely fan the flames of the critics even further.

While Sunderland recently caused something of a stir when they deservedly left the Theatre of Dreams with a point, Rovers have only won once in the Premier League at the home of the champions, back in September 2005.

You would hope that the lads will be ready to prove a point following events at Anfield last weekend and with Blackburn’s dismal recent away record in England’s top flight (nine away defeats on the trot), United should be looking to dominate this one from the off.