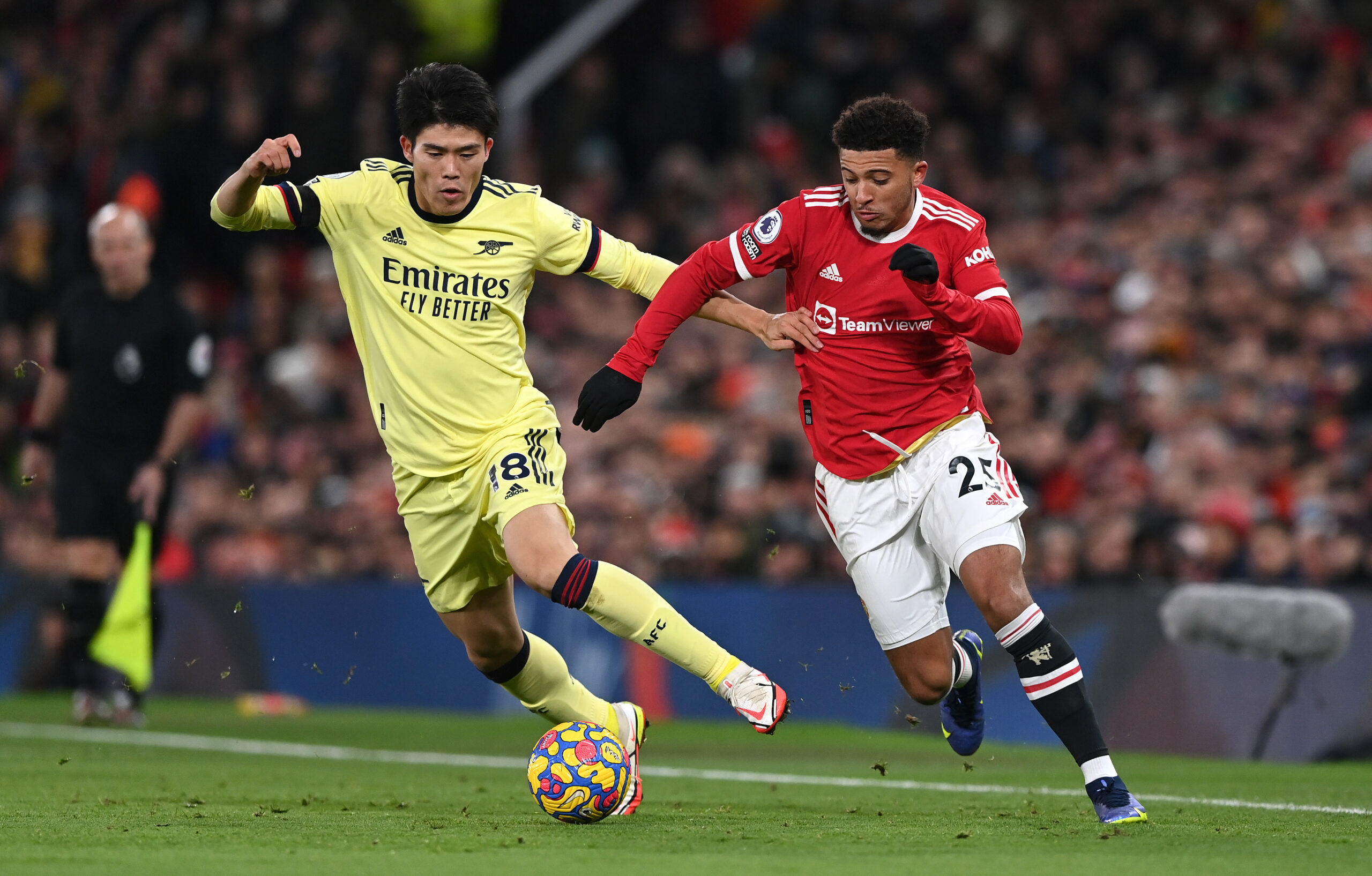 Manchester United will return to action against Arsenal in the sixth game week of the Premier League campaign.

United have bounced back from their poor start to the season most recently beating Leicester City 1-0 via a Jadon Sancho strike.

Arsenal have had a brilliant start to their season and currently sit top of the league table with 15 points from an obtainable 15.

The Red Devils have won just one of their last eight Premier League games against the Gunners and will be hoping for better luck here.

After back-to-back games on the road, United will return to Old Trafford for their match against Arsenal.

The game will be played on Sunday evening as the final match of the game week.

United’s 2-1 win over Liverpool elevated the mood at Old Trafford after they began their campaign with consecutive defeats.

They have now built on that picking up back-to-back narrow 1-0 away wins over Southampton and Leicester City respectively.

They will be looking to continue their winning run this weekend and will be able to count on the services of new boy Antony in their quest to do so.

Victor Lindelof returned to the squad against the Foxes, meaning Anthony Martial, Brandon Williams and Facundo Pellistri are the only injury concerns for Erik ten Hag.

Mikel Arteta’s side have enjoyed a near impeccable campaign and are the only team with a 100% win rate in the league so far.

They picked up a narrow but largely comfortable 2-1 win over Aston Villa in their last game and will be looking to extend their winning streak on Sunday.

Team captain Martin Odegaard came off injured against Villa and is a doubt for this one alongside Oleksandr Zinchenko.

United have kept back-to-back clean sheets thanks to their newly-formed centre-back partnership, but the duo will be presented with an entirely different test this weekend.

Raphael Varane and Lisandro Martínez have helped United win three straight games and look to be the preferred defensive pairing for the foreseeable future.

Gabriel Jesus has fit into Arsenal’s system like a glove and already has six goal contributions in just five games. The Brazilian has run every single backline he has faced ragged and will be looking to do the same at Old Trafford on Sunday.

Varane and Martínez have been impressive for the home side in their three games together, with their style of play complementing one another. They will need to be at their brilliant best to weather the coming storm, which is Jesus.