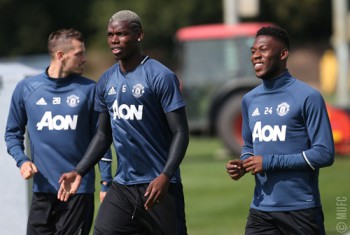 Manchester United will play their first Premier League match of the 2016-17 season at Old Trafford when the Red Devils will take on Southampton on August 19, Friday.

This will United’s new manager Jose Mourinho’s first official game in charge in front of the home fans, since he was appointed as their manager in May. The fans at Old Trafford have been not used to enjoying attractive football in the last season, when Louis van Gaal was the manager.

It should be seen how many of these four would start for the Premier League giants when they face South Coast club on a Friday evening. In the previous match, United won 3-1 against AFC Bournemouth and Mourinho will be targeting another win over Southampton, who also have a new manager, Claude Puel.

The confirmed XI are given below: