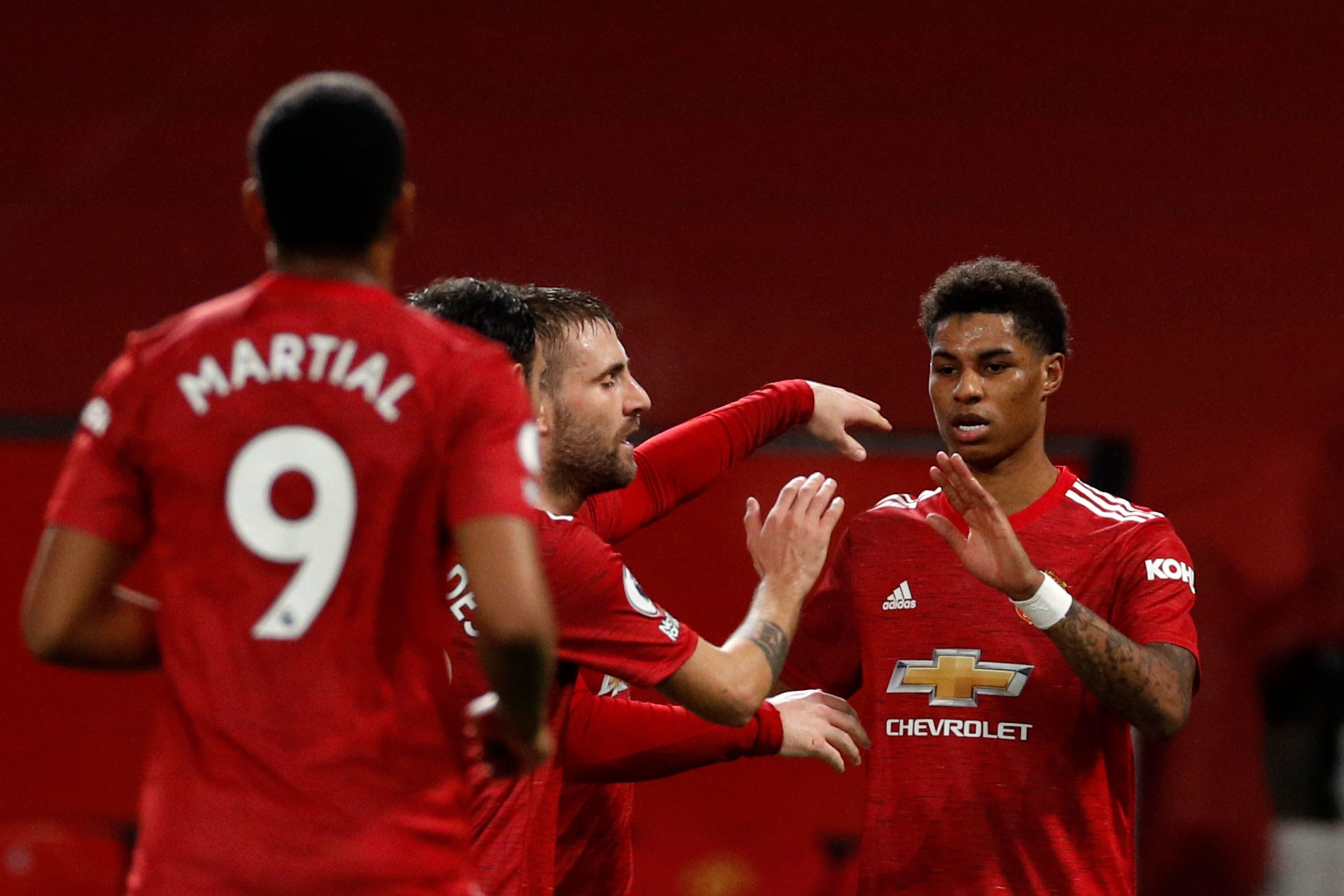 Manchester United are on the verge of claiming a place in the Europa League round of 16 ahead of the second leg of their last-32 tie against Real Sociedad.

A 4-0 first-leg victory in Turin means the match at Old Trafford is a mere formality.

A switch of venues from San Sebastian to the Allianz Stadium caused all kinds of trouble for Sociedad, leaving them with virtually no chance of clinching a spot in the next round.

A substantial advantage gives Ole Gunnar Solskjaer the chance to shuffle his pack on Thursday.

United are scheduled to take on Chelsea in a massive Premier League showdown on Sunday.

Given the significance of the upcoming contest at Stamford Bridge, the Norwegian manager is expected to field an under-strength team tonight.

United dropped to the Europa League after finishing third in their Champions League group.

Despite a flying start to their Group H campaign, consecutive defeats on Matchday 5 and 6 relegated United to Europe’s second-tier competition.

However, the Red Devils boast a 100% record at this Europa League stage, having successfully negotiated each of their previous four last-32 ties in the competition.

Solskjaer’s men have not lost any of their last 14 home matches in the Europa League (W12, D2), winning the last five by an aggregate score of 15-1.

Additionally, the Premier League giants have progressed from each of their 18 UEFA ties in which they won the first leg on the road.

Before walloping Sociedad in the first leg, United had gone nine European games without winning against Spanish opposition (D3, L6).

La Real have netted the fewest goals of all teams that qualified for the Europa League knock-out stages this season. Four of their five goals scored in the competition have come beyond the 65-minute mark.

All of their seven Europa League matches this season have featured under 1.5 first-half goals.

Each of Sociedad’s three European meetings with Premier League adversaries in the 21st-century were against United (D1, L2). The Spanish side failed to score in all of those encounters.

Imanol Alguacil’s men have been defensively robust on the road lately. They have kept a clean sheet in four of their last six Europa League trips, including two this term.

Phil Jones and Paul Pogba are ruled out with injuries, while Edinson Cavani and Donny van de Beek seem unlikely to feature.

Rashford and Fernandes are expected to get a much-needed break in this fixture and will probably start on the bench.