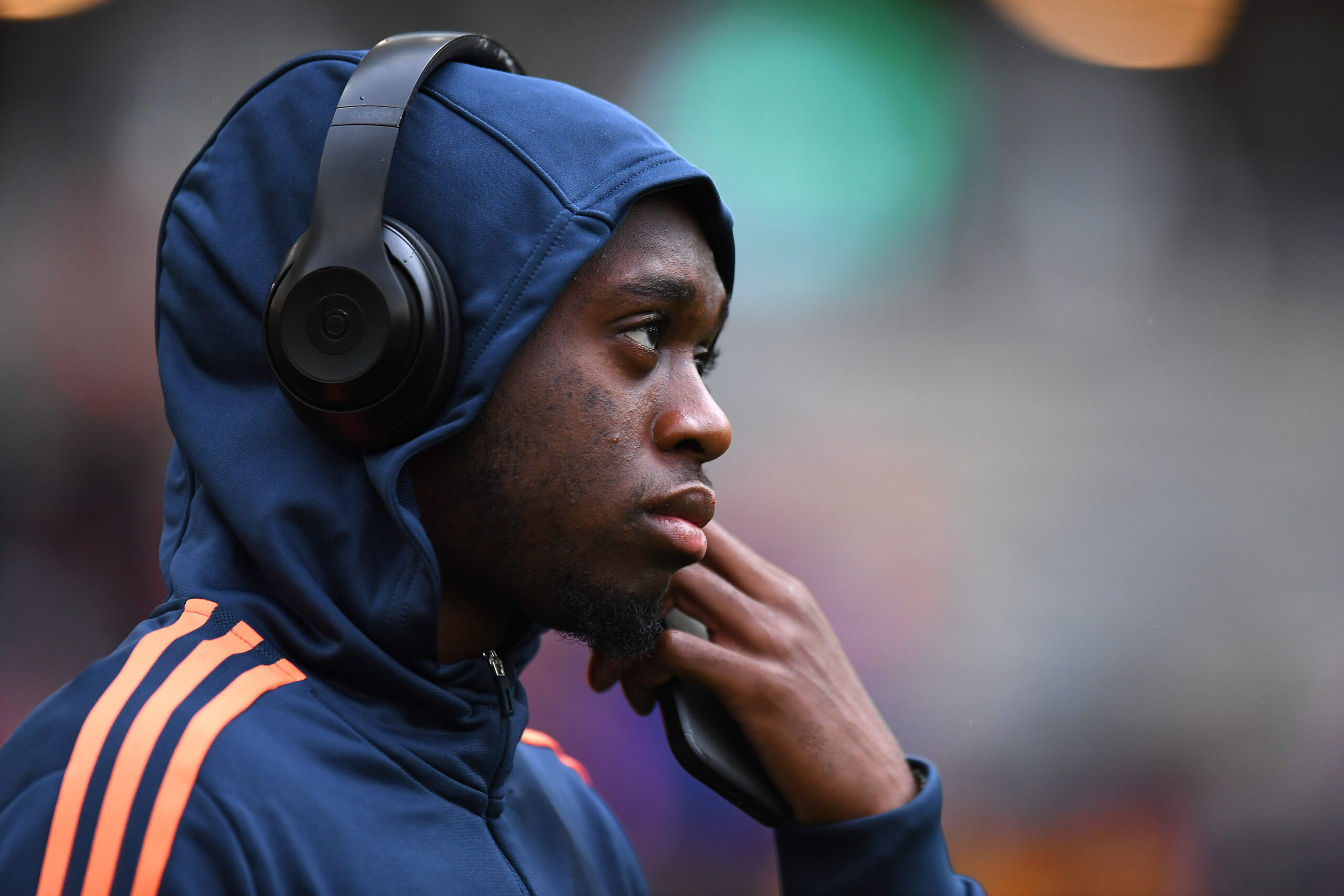 Aaron Wan-Bissaka may be on his way out of Old Trafford after falling out of favour under Erik ten Hag.

The 24-year-old has played just four minutes this season. Portuguese right-back Diogo Dalot is ahead of him in the pecking order.

Wan-Bissaka could have played more but has been sidelined due to an injury for a few weeks now.

The probability of him displacing Dalot seems very low, as the latter is much more efficient in the opposing half.

Journalist Fabrizio Romano said on his ‘Here We Go’ podcast that United are trying to find a solution for the former Crystal Palace defender in the January transfer window.

His exit would allow the Red Devils to sign a new right-back.

United should cash in on Aaron Wan-Bissaka

Ten Hag has a very clear style of play. He wants his team to play possession-based football, which demands technically skilled players.

Wan-Bissaka is a fantastic one-on-one defender. However, his ability is minimal when it comes to helping his team attack.

His playing time has been limited due to his attacking deficiencies and recurring injuries.

The full-back moved to the Theatre of Dreams three years ago for a fee worth £45 million plus £5m in add-ons.

He was the undisputed first-choice under Ole Gunnar Solskjaer. However, the Norwegian was more conservative about using his full-backs for attacking purposes when compared to Ten Hag.

His only priority was to shore up the defence, something at which Wan-Bissaka is pretty good.

However, modern football demands full-backs to provide width and float in crosses to create sustainable pressure on the opposition.

United are linked with signing Jeremie Frimpong, who currently plays for Bayer Leverkusen.

The 21-year-old is a dynamic right-back who has shown great attacking prowess this term. He could be moving to Old Trafford if Wan-Bissaka is allowed to leave.

It’s time for the Red Devils to accept that they overpaid Palace for Wan-Bissaka. He is a decent player, but he does not fit Ten Hag’s style of play.