Mason Greenwood ‘in contention’ for another international call-up 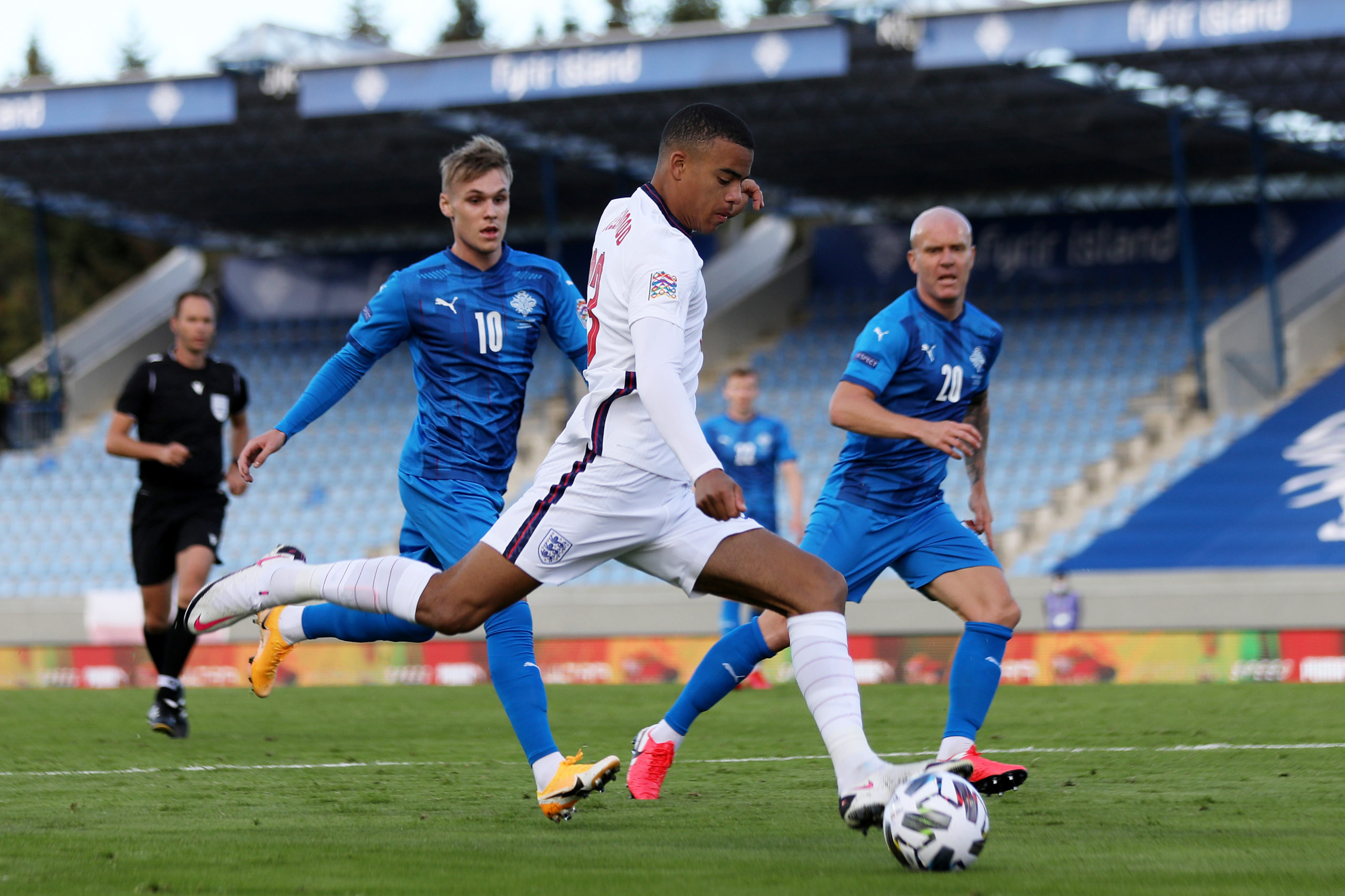 According to The Athletic, Mason Greenwood could make a return to the England senior squad for their upcoming international matches against Republic of Ireland, Belgium and Iceland.

The 19-year-old made his debut for the Three Lions in a UEFA Nations League game against Iceland in September.

Following an unprecedented scenario that saw him and Phil Foden break quarantine rules – both teenagers were sent home and left out of the next squad.

However, the pair are ‘in contention’ to receive a recall from national team manager Gareth Southgate.

Since the incident, Greenwood’s performances for the Red Devils have been inconsistent. He scored against RB Leipzig in the Champions League, but has struggled in the Premier League.

Greenwood started against Arsenal on Sunday but failed to make an impact in a narrow 1-0 defeat.

Southgate has several options when it comes to strikers, with Harry Kane, Danny Ings, Tammy Abraham, Marcus Rashford and Dominic Calvert-Lewin all available for selection.

Our take on Greenwood

He called up the 19-year-old despite having only just finished club duty for the 2019/20 season two weeks prior.

Greenwood did himself no favours while away on duty, particularly in light of United’s eagerness to keep him out of the limelight.

Being left out of another England squad would be no bad thing for Greenwood, allowing him to concentrate on establishing himself in United’s first team.