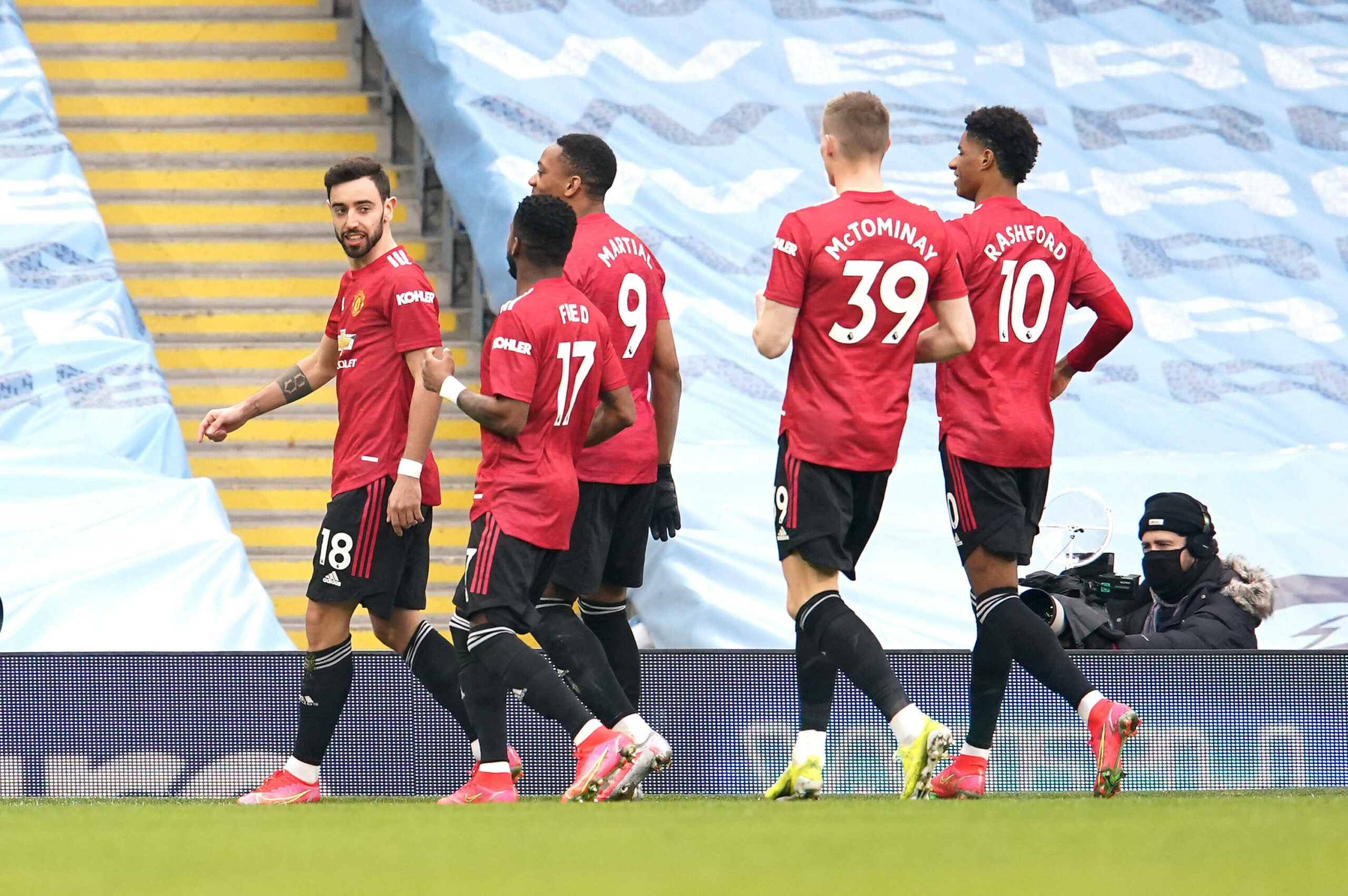 It was a dream start for Manchester United at the Etihad Stadium against local rivals Manchester City on Sunday, and it also turned out to be a dream result for the Red Devils.

They outplayed City, who were riding high on a 21-match-winning streak. United had not scored in their last three games across all competitions, but it took just two minutes for them to get one up on their noisy neighbours.

City found no answers to United’s high-pressing football, and despite several shots on goal, failed to get on the scoresheet.

Their much-hyped streak is over thanks to a United team that is now undefeated in 22 consecutive away games.

Here is how the manager and the team reacted after the win on Sunday night.

“We just take one game at a time,” he said. “City are too far ahead for us to think we can catch them. Last year we caught 15 points up on Leicester, but City are a different proposition.

“Even today they put us under so much pressure you could see we were playing against a very good team. When you come away with a 2-0 win and another clean sheet and a performance like this then you are delighted.”

“It was a fantastic game,” he said. “United make incredibly high pressing and they are so fast on the counter. We played good. Unfortunately, we couldn’t be clinical up front so we congratulate United.

“We will be the news because we lost. But the news is 21 victories in a row. There are still 30 points to play and we have to start to win again.”

“We have brilliant coaches and a brilliant manager and brilliant analysts as well,” Maguire told club media after the derby.

“Credit to them because they are the ones who sent us out in that formation and those tweaks when they have the ball. We knew they were going to keep the ball at times and the positions that they find themselves in, they have a lot of possession.

“For sure we can improve, we can do better in parts of the game. But it’s an important win, an important performance after a disappointing trip to London in midweek.”

“People always complain about everything. Today will still be like ‘Bruno never scores against big teams’ because they will say ‘no open play goals’.

“It’s a penalty so it doesn’t count. Anyway, for us, it’s the most important winning the game. When the ball hits the net it’s a goal and I will be happy, it doesn’t matter whether it’s me or another player.”

“We defended well today. They created a lot of chances. We defended really good. We had to stay focused. Because they can create chances out of nothing. So, we are very happy, and a very deserving win for us.”

United are second in the league table, a point ahead of Leicester City with 10 games to go. After fears of being sucked into a top-four battle, United have won their toughest game of the season and given themselves breathing space.

With AC Milan and West Ham United up next at Old Trafford, United will need to ensure that they show up for all the games, not just the toughest ones.