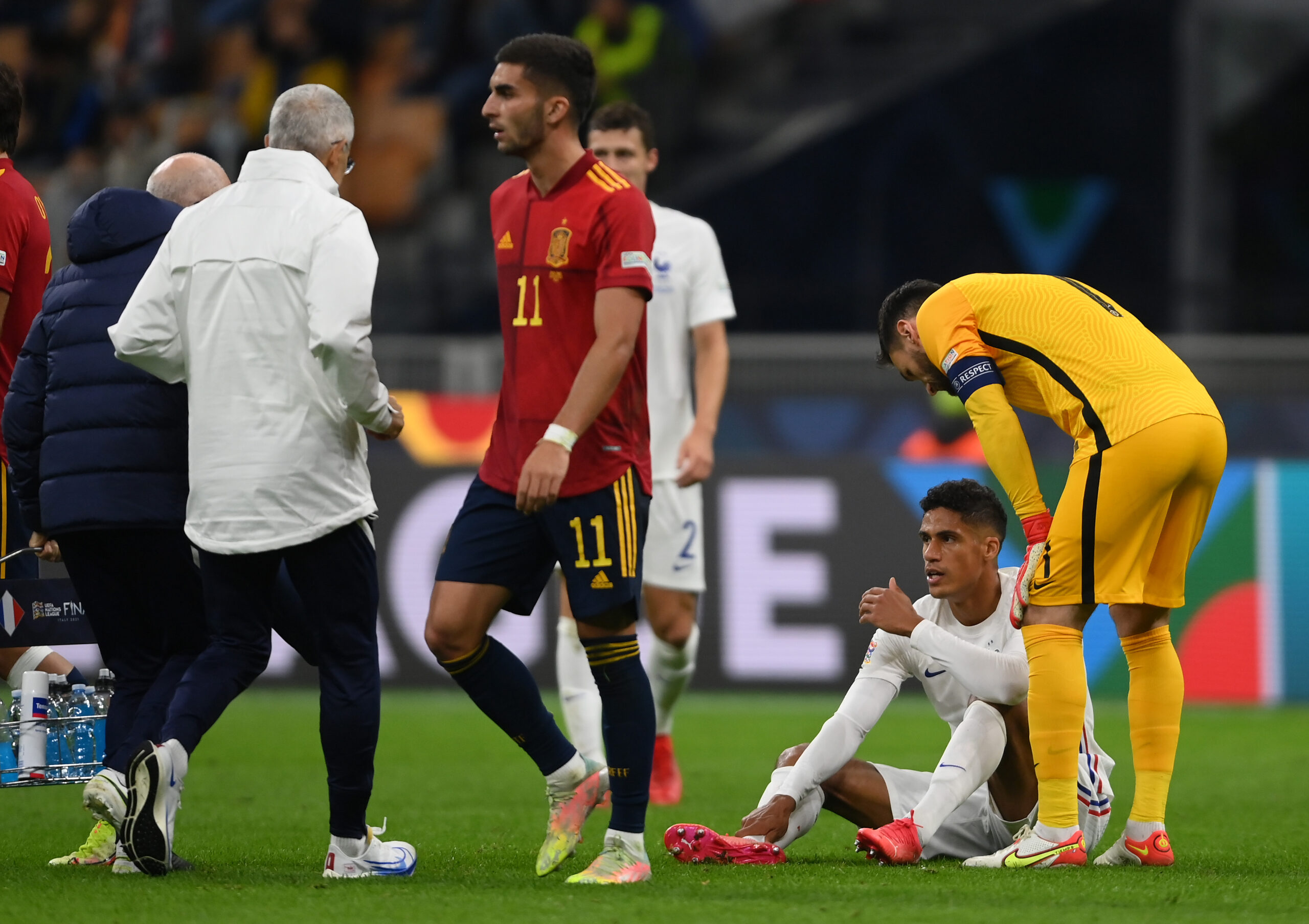 Manchester United have suffered a potential injury blow ahead of the Leicester City game after Raphael Varane was substituted in the first half of the Nations League final.

The centre-back has been a pivotal figure for France, and he lined up in the middle of a back three against Spain yesterday.

However, he was substituted in the 42nd minute after going down holding his right leg.

The 28-year-old was walking normally during the trophy celebrations after the 2-1 comeback win, but the exact nature of the concern could be revealed in the coming hours.

Neither Varane or Didier Deschamps talked about the injury following the game, but there are suggestions that he could be out of action for at least one week.

According to physiotherapist and founder of 3CB Performance Dr Rajpal Brar, the defender may have suffered an adductor tear injury that could keep him out of action for some time.

The Frenchman could be out for one to two weeks for a grade one injury while he could be on the sidelines for up to 21 days if the setback is more severe.

Varane and Maguire have been the regular central defensive pairing for United this term, but the latter missed few games before the international break with a calf injury.

Ole Gunnar Solskjaer did not specify a timeline for the captain’s comeback, and there could be a scenario where Maguire and Varane are missing for the Foxes game this weekend.

Hopefully, that won’t be the case and Varane was only taken off as a precaution.

While it appears unlikely with the importance of last night’s game, there is room for optimism.