Manchester United starlet explains how he has improved over the season 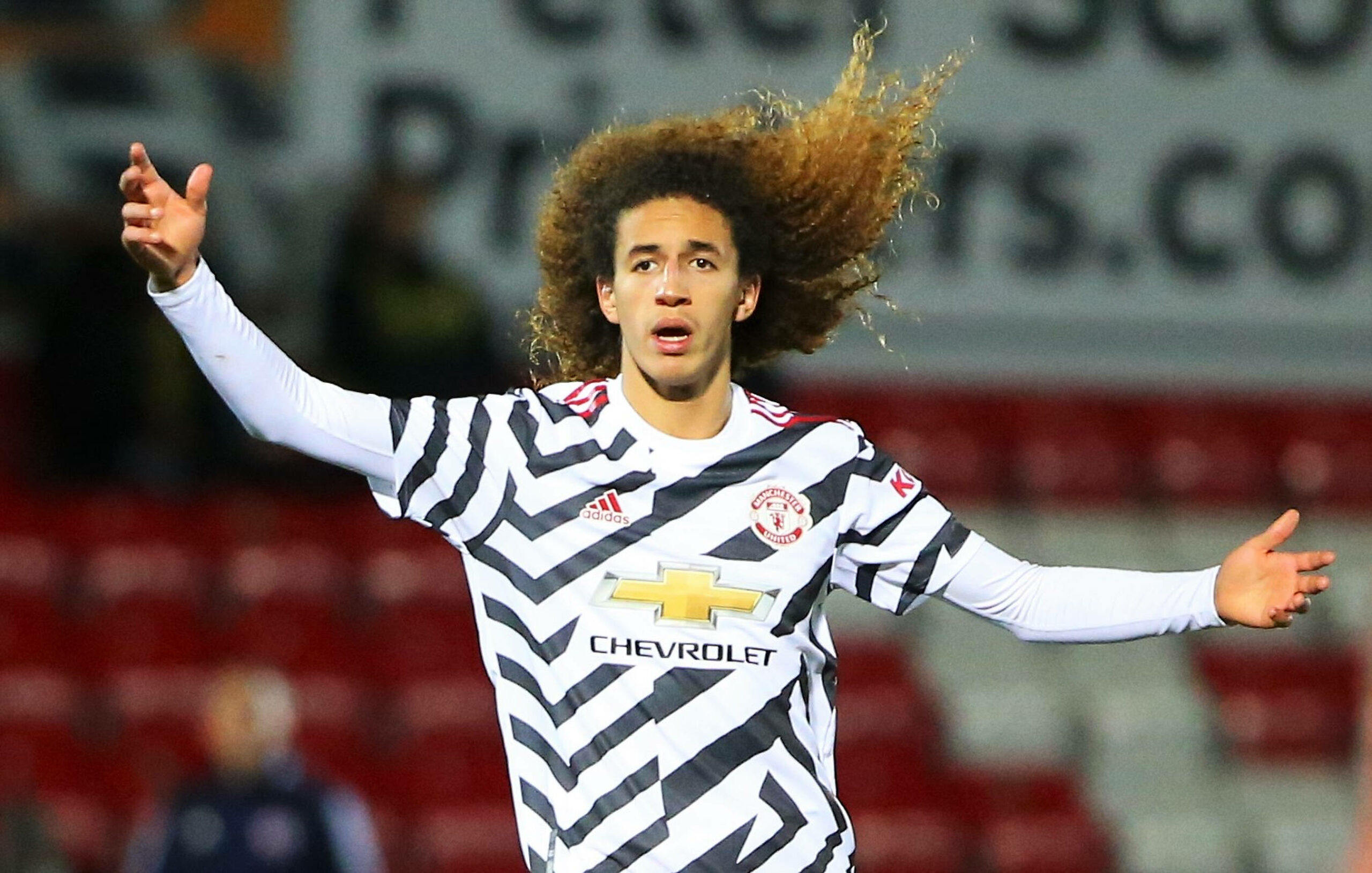 Before joining the Red Devils academy in 2019, Mejbri played in a central attacking position.

However, in the past two seasons, Wood has deployed him in a wider role where he has flourished.

He received the prestigious Denzil Haroun Under-23s Player of the Year award for his outstanding performances.

United have always been a club that believes in giving young players an opportunity to shine.

Gary Neville and the other members of the Class of 92 highlighted that point to perfection, while Scott McTominay and Marcus Rashford are amongst the current homegrown talents at the club.

Manager Ole Gunnar Solskjaer is well-versed with this tradition.

He continued it by handing Mejbri his first-team bow against Wolverhampton Wanderers in the final game of the Premier League season.

He was introduced in the final eight minutes of the game and helped United preserve their record of going unbeaten on the road for the whole season.

The youngster has significantly improved his attacking prowess this past season.

He says that the credit should be given to Wood who allowed him to feature at different positions.

“I’m a bit more versatile now – I used to be able to play in and around the centre of midfield, now I play on the left, a bit on the right and even a bit further forward,” he said.

“So I thank him for what he has done, because if I want to play in the first team, I’m not always guaranteed to play in my usual position.

“I need to offer some alternatives to make it easier for the manager to play me.

The youngster admitted that it was a huge step moving to England from France.

However, the people at the club have made him feel at ease, which has helped him to focus on his game.

“Moving to Manchester United from a club in France, a very decent club all the same, in Monaco, well it’s another level,” he added.

“The game is quicker, more physical and more technical too, so you had to raise your game pretty quickly in order to be able to settle into the group.

“I think it was my family who helped me a lot because it’s not easy at all moving to another country.

“So they were a massive help to me. We’ve had French players at the club and also the coaches who’ve helped me too.

“Everyone has helped me and been great with me.

“All the staff at the club have always been there for me. And I thank them all for that.

“I think I’m fully settled in now. We do a lot more strength work in the gym but that’s all fine.

“I’ve adapted well I think, and everyone has helped me to do that.”