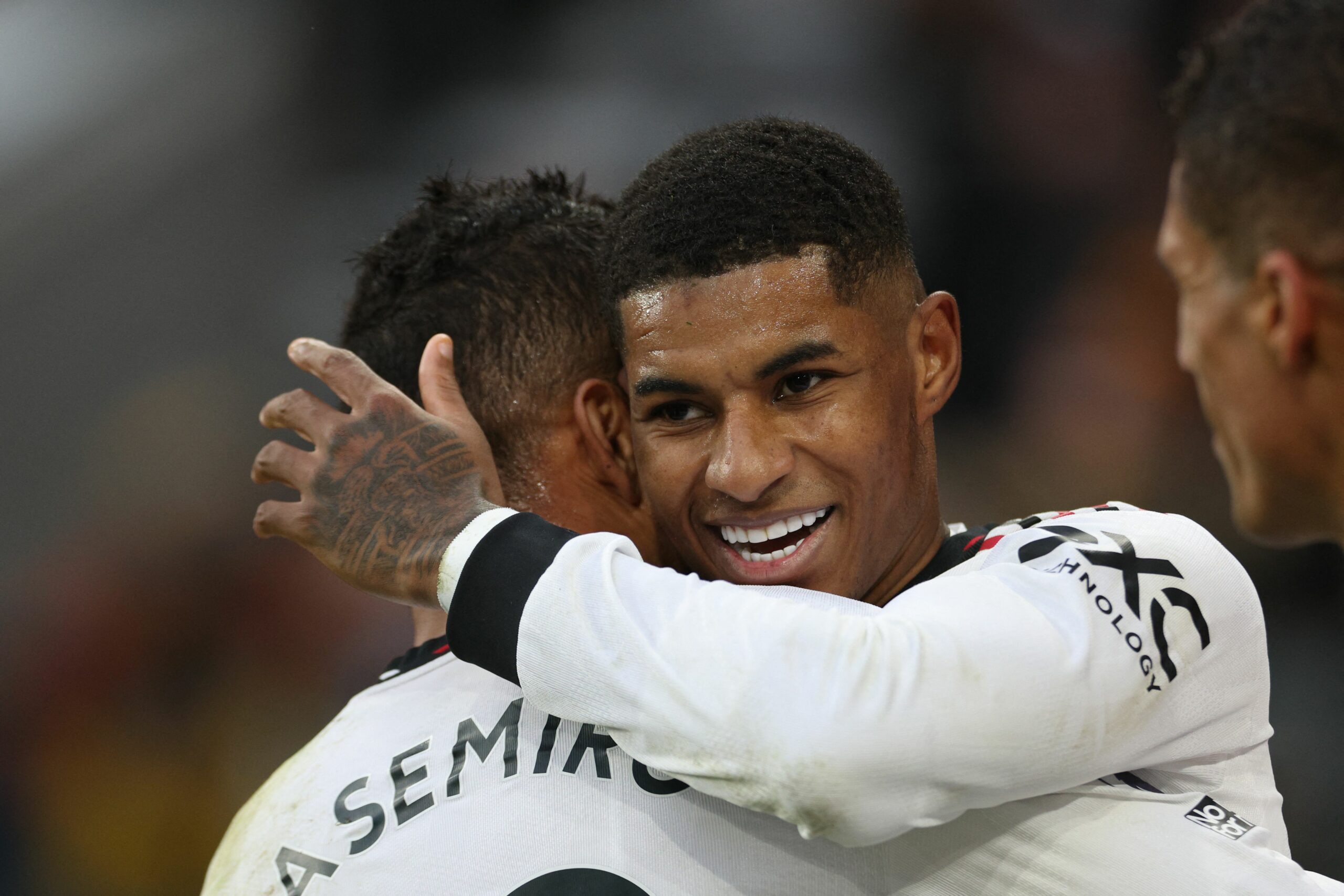 Manchester United midfielder Casemiro has said that he has been really surprised by the qualities of in-form forward Marcus Rashford this season.

Rashford had a difficult 2021/22 campaign with the Red Devils where he registered only five goals and two assists from 32 games in all competitions.

However, he has managed to revive his old form under manager Erik ten Hag this term. He already has 15 goal contributions from just 22 appearances.

The 25-year-old has caught the eye with a varying range of goals for United and Casemiro has been left surprised by watching him in action closely.

He told ESPN: “I’m gonna be very honest with you. I was really surprised with the player Rashford is. In my opinion, especially knowing the player off the pitch, I can tell you that if he’s doing well, he can be one of the top five players in the world.”

“He has an incredible way of hitting the ball, he’s got strength, he’s quick, is very clever playing. He was one of the players that really surprised me. Of course, when you play in a different league you already know the player, but when you’re in the same club every day.”

Rashford looked short in confidence during the second half of last season. He was squandering key chances and was poor with his decision-making in the final third.

He has been guilty of missing goalscoring opportunities this season as well, but the frequency has definitely reduced as he has been more decisive in the box.

In the past, the £49 million-rated star had the knack of riffling shots on goal, but he is now prepared to take an extra touch or two to ensure that he can convert his chances.

His winning goal against Wolverhampton Wanderers was a fine example. Rashford showed superb strength to ward off two challenges before placing his shot beyond Jose Sa.

Both Luke Shaw and Casemiro have now said that Rashford can be one of the world’s best and only time will tell whether he can sustain the current form over a prolonged period.