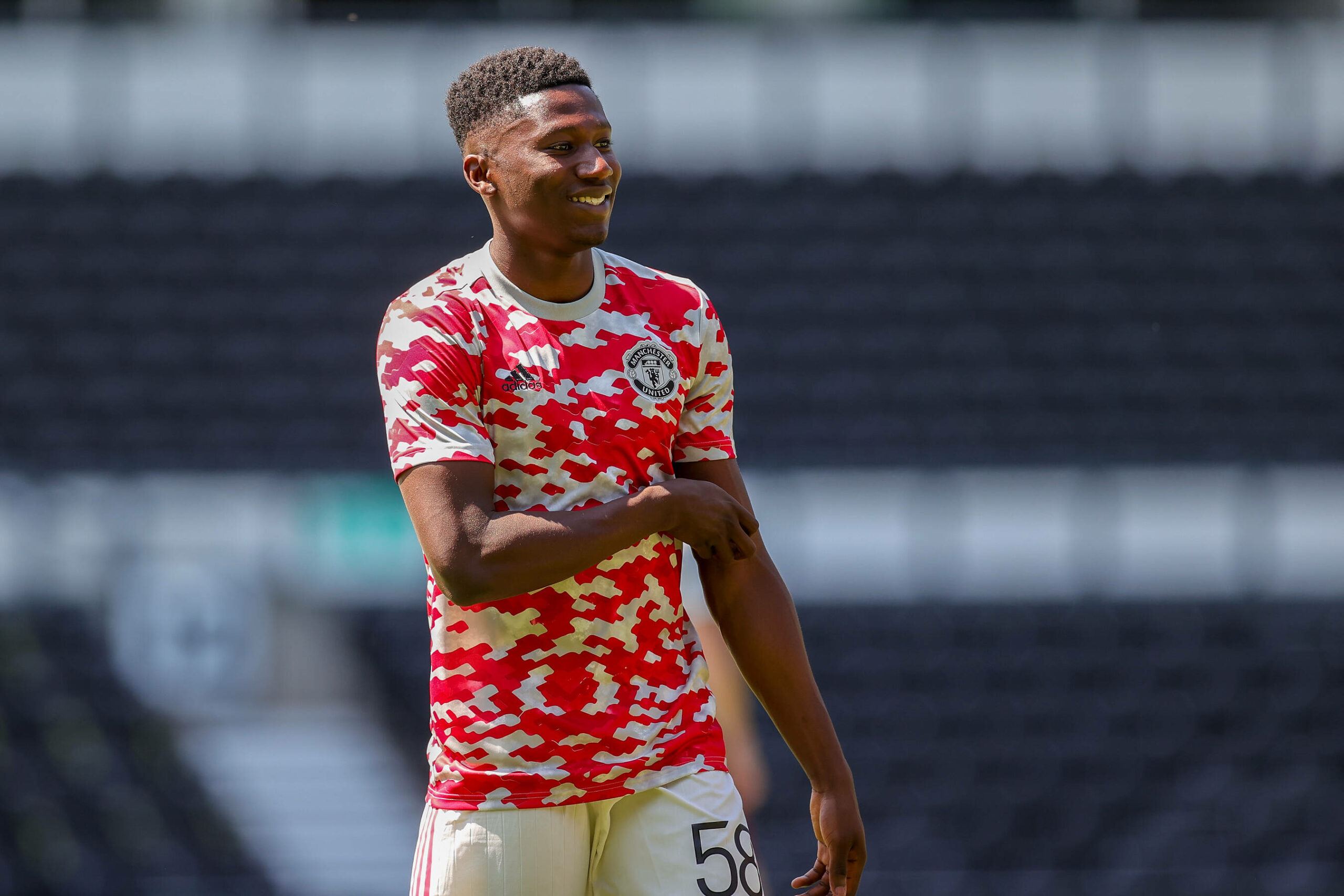 Manchester United have confirmed that Di’Shon Bernard has penned a new deal with the club.

The 20-year-old has signed a new long-term contract with United that will run until 2026.

He is now set to join Championship club Hull City for the 2021-22 season.

He clocked up 29 league appearances for the Ammies, netting two goals and creating two assists.

The Red Devils have now rewarded the Wandsworth-born footballer for his performances by handing him a new contract at Old Trafford.

Bernard started his career by joining Chelsea’s academy before switching to United in 2017.

He earned his senior debut under Ole Gunnar Solskjaer against Astana in a Europa League group stage match in 2019.

However, the talented defender didn’t make an ideal start as he scored an own-goal and United ultimately lost the game 2-1.

Bernard is a talented defender who recently played against Derby County and Queens Park Rangers in United’s pre-season friendlies.

With plenty of competition for places at Old Trafford, the club have made the right decision to send him on loan.

He can expect to get plenty of game time at Hull as they embark on life back in the Championship.