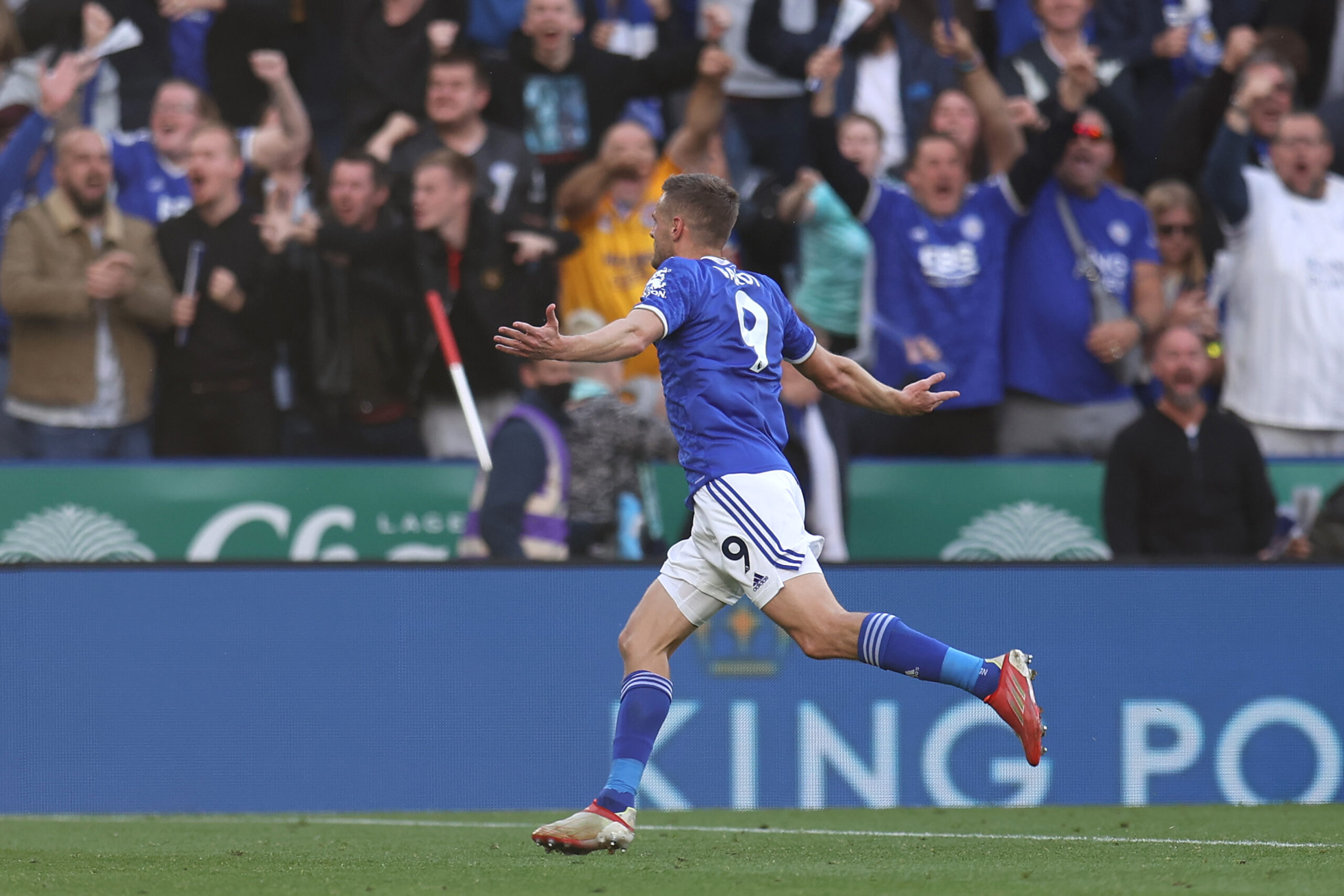 Manchester United are considering making a move for Leicester City’s Jamie Vardy, according to a recent report from The Telegraph.

With Anthony Martial currently injured and Cristiano Ronaldo’s future still uncertain, Erik ten Hag’s men are firmly in the market for a new striker before the end of the current transfer window which is set to close in early September.

Marko Arnautovic was previously linked with a shock switch to Old Trafford but United have since pulled the plug on a potential deal for the Bologna man after having an initial bid rejected.

Consequently, the Red Devils have now set their sights on Vardy who has undoubtedly made his mark in the Premier League since debuting in 2014, scoring 133 goals and picking up the Golden Boot award back in the 2019/20 season.

Jamie Vardy would be a quick fix but where is United’s long-term planning?

After seeing Vardy score an impressive 15 goals in 25 league games last time out, there is no denying that the Englishman still has a lot to deliver in the top tier of English football even at 35 years of age.

However, United would be best served by focusing their attention on a “long-term” target as seen in the case of Benjamin Sesko, who was a transfer target for ten Hag before he decided to join RB Leipzig from sister club RB Salzburg.

Over the last couple of years, United have often opted for short-term solutions at centre-forward which has seen the 20-time Premier League champions sign the likes of Zlatan Ibrahimovic, Radamel Falcao, Odion Ighalo, Edinson Cavani and most recently, Ronaldo.

A change of approach is needed this time around to avoid the usual “papering over the cracks” which has majorly contributed to United’s fall from grace since the departure of Sir Alex Ferguson.