Manchester United on the verge of reaching Europa League semi-finals 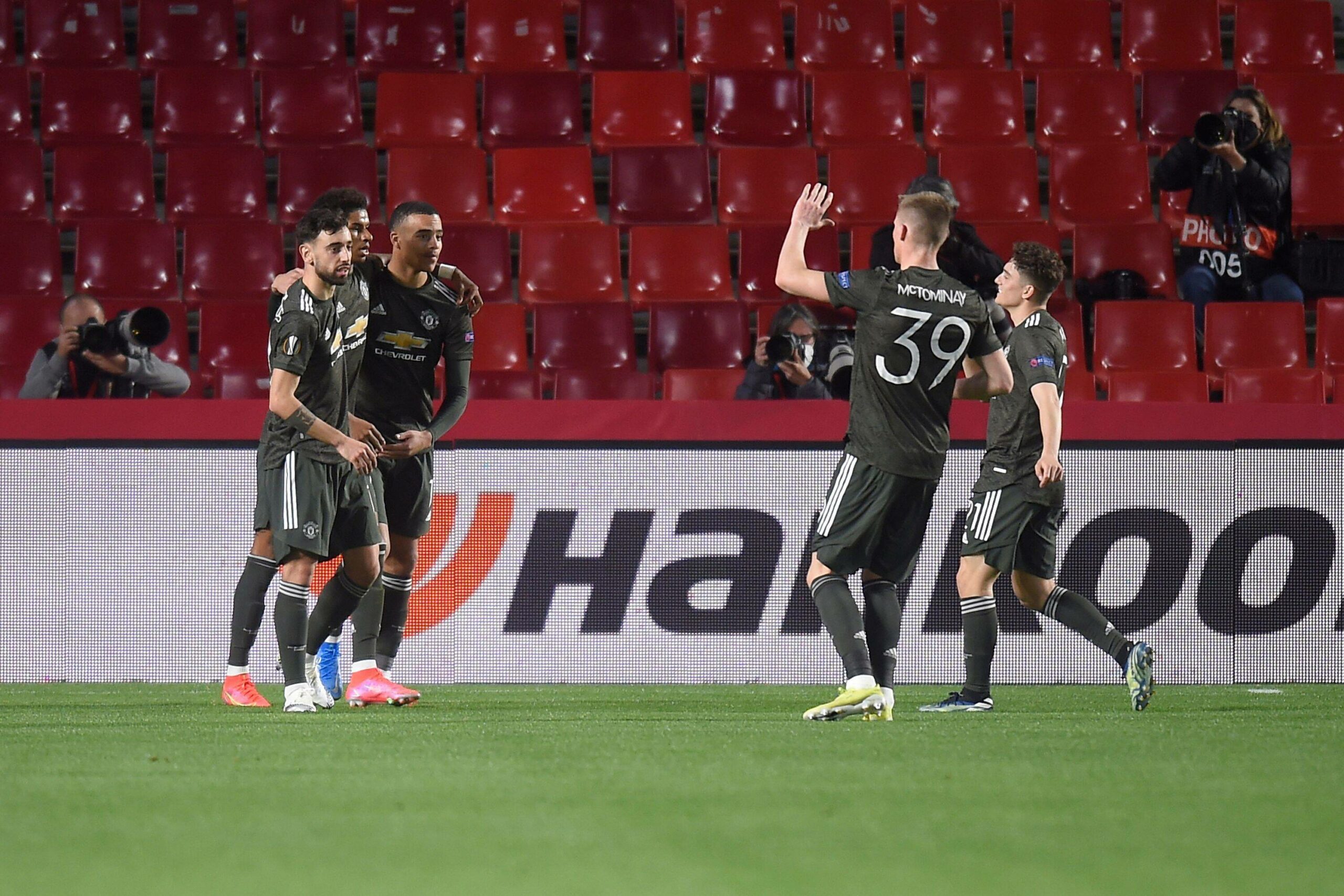 Manchester United claimed a 2-0 first-leg victory over Granada on Thursday to put themselves in a prime position to reach the Europa League semi-finals.

As expected, clear-cut opportunities were at a premium at the Estadio Nuevo Los Cármenes, with both sides predominantly concentrating on defending their goal.

Despite entering this fixture as underdogs, the Spanish minnows went toe-to-toe with the Red Devils for most of the night.

Diego Martinez’s men showed resistance at the back and tried to create chances via set-pieces, but United proved to be too strong.

Ole Gunnar Solskjaer’s decision to throw injury-troubled Marcus Rashford into the pool from the start paid off around the half-hour mark.

The Englishman’s out-of-this-world first touch following Victor Lindelof’s long ball set him up one-on-one with the goalkeeper, and he made no mistake to put United in front.

Granada made sporadic attempts to even the score before the break, but Roberto Soldado and Kenedy failed to capitalise on their chances.

The hosts mainly tried to test David de Gea from a distance, with Kenedy producing a few decent long-range efforts but to no avail.

United nearly doubled their lead in the 83rd minute, but Bruno Fernandes failed to send the ball past Rui Silva from a point-blank range.

Even if he had scored, the goal would have been disallowed for a clear offside, as Daniel James mistimed his pass.

However, the Portuguese playmaker got on the scoresheet in the dying moments of the match.

The 27-year-old converted the penalty kick to give United a comfortable lead heading into the return leg.

A noteworthy takeaway from the first-leg encounter in Spain is that Harry Maguire will be unavailable for the rematch after accumulating yellow cards.

Manchester City vs Manchester United – Match Report & Player Ratings
Europa League: United through to the final after a tough night in Rome