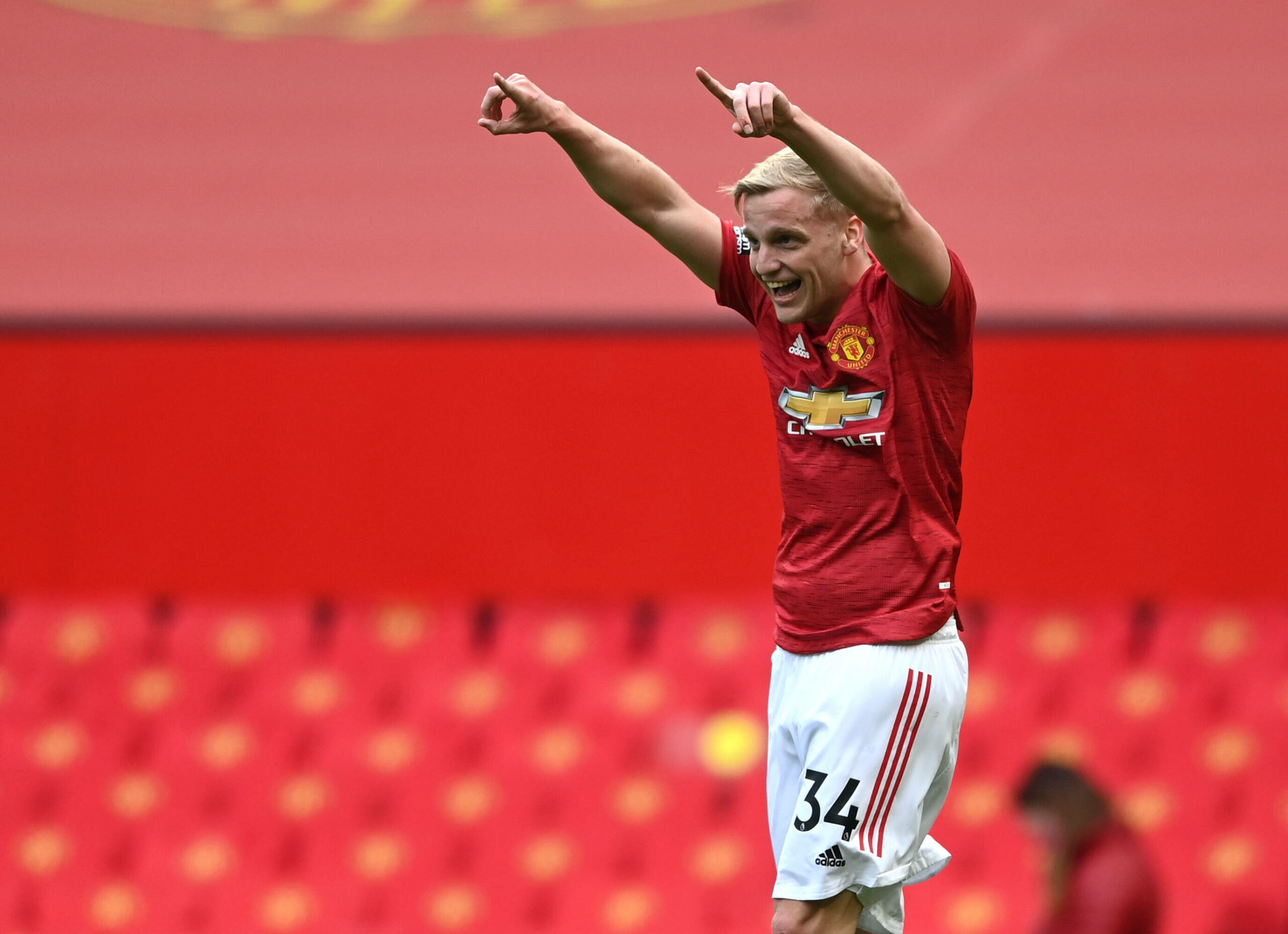 Manchester United are not in contact with Arsenal over a possible transfer of Donny van de Beek.

Having impressed during his time as an Ajax player, the Netherlands international joined United in a £35 million deal last summer.

The midfielder had a tough season in which he started just four Premier League games.

He struggled to break into the team with Paul Pogba, Bruno Fernandes, Scott McTominay and Fred ahead of him in the pecking order.

He only had a few opportunities to demonstrate his ability, but failed to take advantage of them.

Euro 2020 was considered very important for the youngster as he is one of the mainstays in Holland’s midfield.

Unfortunately, he was forced to pull out of the national squad because of an injury.

Over the past few days, Arsenal were rumoured to be interested in signing van de Beek from the Red Devils.

However, Fabrizio Romano has rubbished those claims, making it clear that “no talks” between the two clubs or the player agents have taken place.

The 24-year old is a technically sound midfielder. He is known for his quick-thinking passes and clever distribution of the ball.

It was a difficult debut season in England but he should stay at Old Trafford and show that he has what it takes to succeed at a big club like United.