Manchester United not giving up on Antony deal 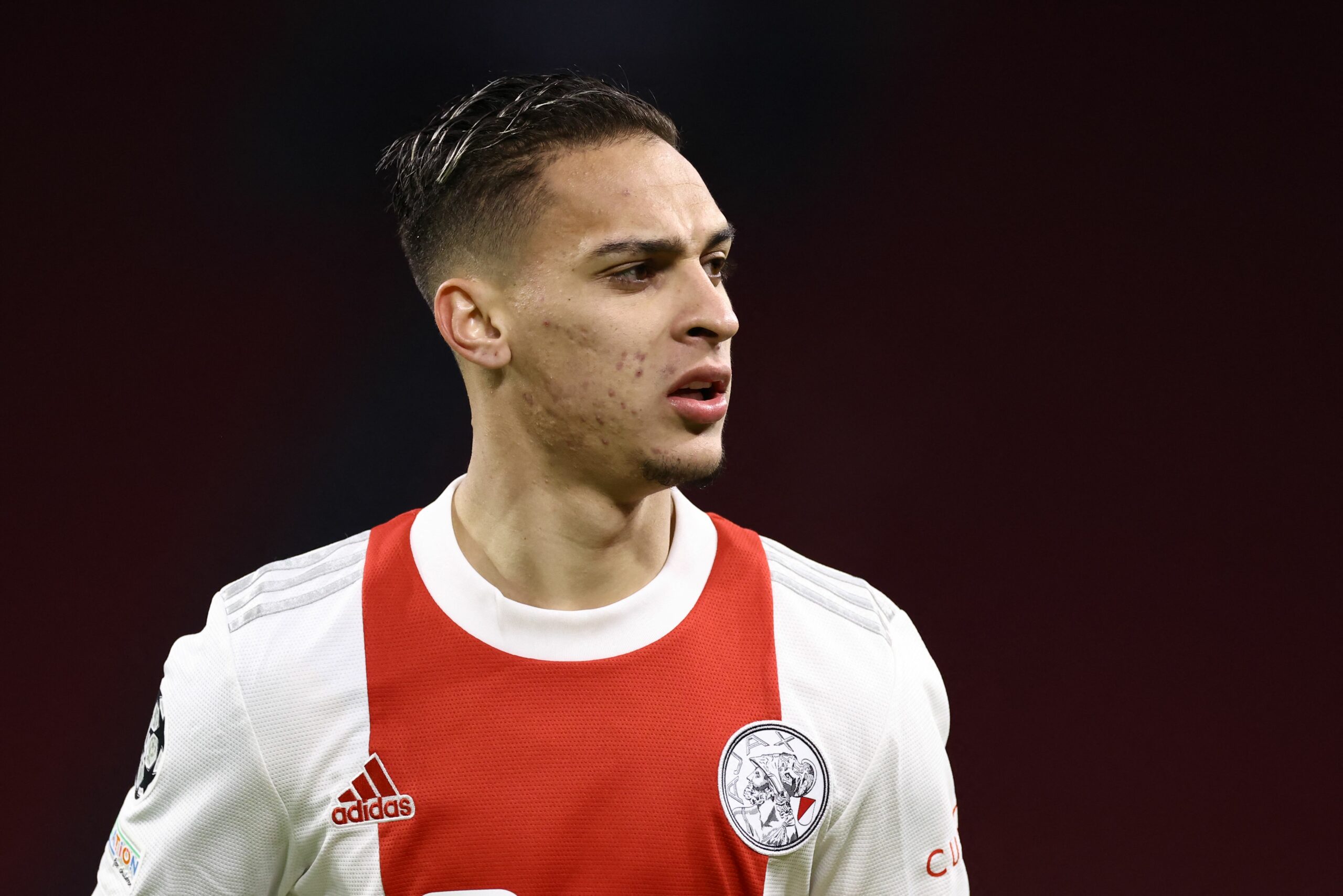 Manchester United are set to press on with their push for Antony despite Ajax’s latest rebuff, according to Italian journalist Fabrizio Romano.

United made Antony their top target in attack but have been frustrated in their attempts to sign the Brazilian in recent weeks.

Ajax are reluctant to sell the winger after seeing multiple first-team players exit the club this summer and have now raised their valuation for Antony.

The Premier League club made an audacious €80 million bid for the forward earlier this week which was rejected by the Amsterdam outfit.

However, United are not giving up on the deal and will continue to push for the 22-year-old in the final days of the transfer window.

Reports claim Antony is keen on moving to Old Trafford this summer as he does not want to miss such a big opportunity.

The Brazilian is believed to be pushing for a move and could be excluded from the starting XI when Ajax face Sparta Rotterdam this weekend.

Poor start spurs United to action in the transfer window

United have had a rather underwhelming summer transfer window, making just three signings.

Tyrell Malacia is expected to serve as a back-up to Luke Shaw, Christian Eriksen joined on a free transfer, and Lisandro Martinez has been added to the defensive options.

The Red Devils have made a horror start to their league campaign, losing 2-1 to Brighton & Hove Albion and 4-0 to Brentford.

A €70m deal for Real Madrid midfielder Casemiro is believed to be close to completion while their push for Antony continues.

The Old Trafford outfit are yet to confirm their withdrawal from their pursuit of Frenkie de Jong while there have been links to a new striker, right-back and goalkeeper.