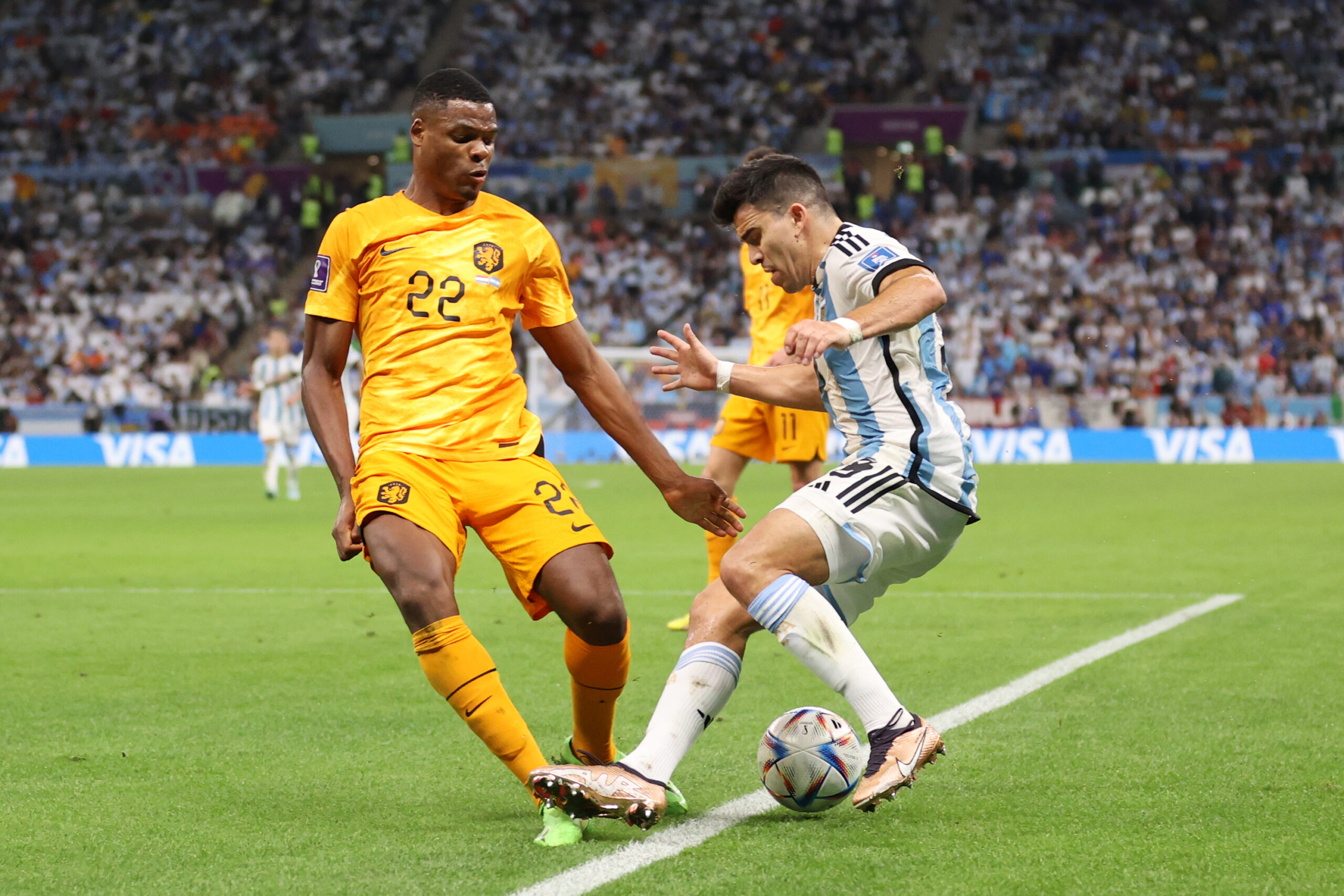 Manchester United can sign Denzel Dumfries from Inter Milan this month, but for nothing less than €60 million (£52m).

That’s according to Gazzetta dello Sport (print edition January 10, page 4), who claim that Inter would prefer to sell the 26-year-old in the summer.

United manager Erik ten Hag wants to bolster his right-back ranks at Old Trafford this month, with Aaron Wan-Bissaka facing an uncertain future at the club.

Dumfries has been on United’s radar for quite some time now. However, it seems the Red Devils will not be able to sign him in January unless they splash some serious cash.

United will have to break the bank if they want to sign the 42-capped Netherlands international in the January transfer window.

The Red Devils may need to wait until the summer when he will have just two years remaining on his contract with Inter.

Dumfries is a sensational defender and would provide proper competition for Diogo Dalot at Old Trafford.

Described as an explosive right-back by the Chronicle, he has all the attributes needed to succeed in the Premier League. He is physically strong, possesses impressive pace and contributes at both ends of the pitch.

Dumfries proved his quality on the world’s biggest stage in Qatar, and it’s clear to see that he would take United to another level entirely.

However, it’s hard to envisage a scenario whereby United would pay £52m to sign the Dutchman this month, with the powers that be at Old Trafford thought to be tightening the purse strings.