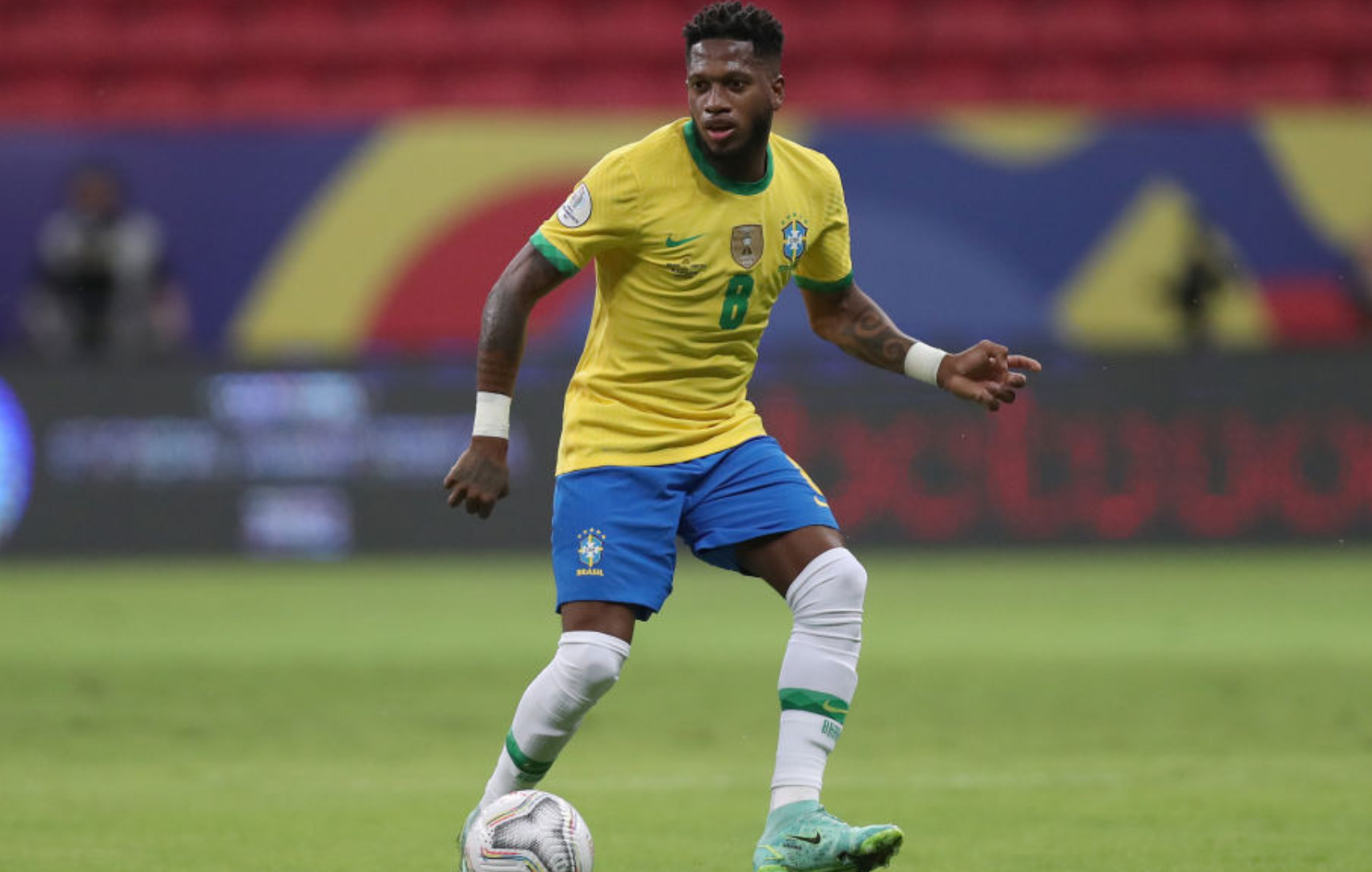 Manchester United star Fred recently opened up on the inspiration he has received from watching the 2002 World Cup-winning Brazil squad.

Led by legends such as Roberto Carlos, Cafu, Ronaldinho and Ronaldo, Brazil triumphed in 2002 under the managerial genius of Luis Felipe Scolari.

The Selecao beat Germany 2-0 in the final to win their fifth World Cup, the most by any nation in history.

Fred, who was only nine years old at the time, watched the games from his home and remembered seeing the great team play.

During a recent interview with Manchester United TV, the midfielder opened up on watching the tournament.

“In Brazil, the matches were at five o’clock in the morning, so I remember I talked to my father to wake me up to watch every game. So that’s my first memory. Yeah, [it was] the best memory because we won the World Cup, so good.”

When asked whether the members of the famous Selecao squad were his heroes, Fred admitted they were.

He added that his current agent and 2002 World Cup Brazil squad member Gilberto Silva has been his guide on how to go about the tournament.

“Yeah, of course,” he added. “I remember everyone, so good. Today, I work with Gilberto Silva. He’s my agent and one guy who won the World Cup, so I talk a lot with him to know because if you win the World Cup, you know about this.

“So I talk a lot with him, but I remember, of course, Ronaldo scored in the final. I remember it. Ronaldinho, Rivaldo, there were a lot of players so, Roberto Carlos, Cafu. So I have a lot of heroes from that World Cup.”

Brazil are currently top of Group G with three points from one game. They won their first outing 2-0 against Serbia. Fred came on as a substitute during the contest.

The Selecao are slated to face Switzerland in their next group game.