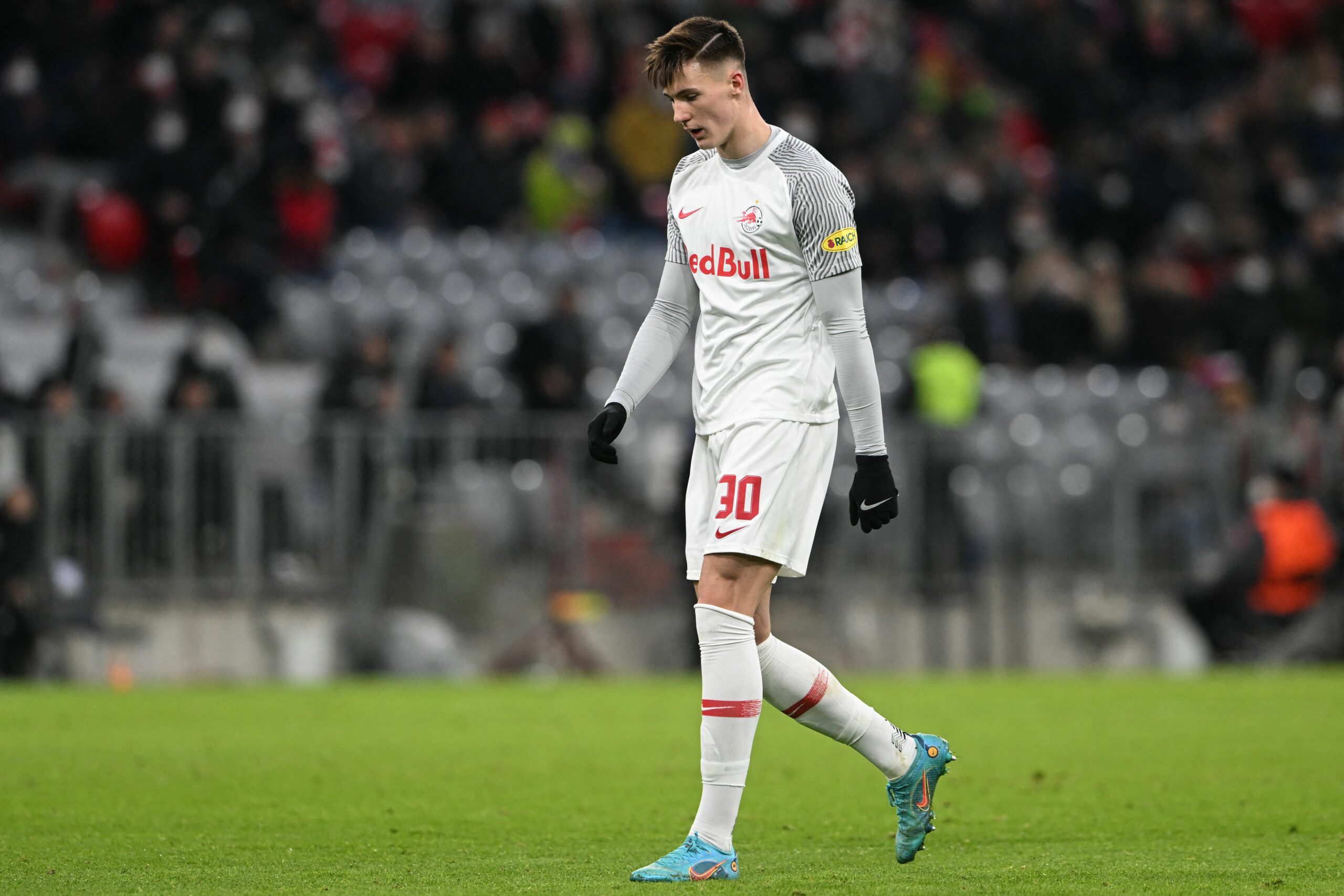 Manchester United have met with the agent of RB Salzburg star Benjamin Sesko concerning a potential transfer, according to the Manchester Evening News.

The Red Devils have recently linked with a move for the 19-year-old and now look set to act on their reported interest.

United are in the market for a forward after Erik ten Hag admitted that the side need more options in the final third.

Brian Brobbey was a target mentioned earlier in the window, with a reunion with ten Hag at Manchester touted as the driving factor. However, he opted for a return to Ajax in a €16 million move from RB Leipzig.

Antony is another name strongly linked with a move to Old Trafford this summer.

Ajax are reluctant to let go of the Brazilian winger after selling multiple first-team players and have raised their asking price to £84 million.

Sesko has now emerged as a new target, and a fee of £55m should reportedly be enough to seal the deal.

United kicked off the previous campaign with multiple options in attack, with as many as nine players vying for three spots.

That number has dwindled to five ahead of the upcoming season, with Juan Mata, Jesse Lingard and Edinson Cavani all exiting the club, while Mason Greenwood remains unavailable.

Anthony Martial, Marcus Rashford and Jadon Sancho are expected to lead the line this season, with Anthony Elanga as their back-up. Cristiano Ronaldo’s future remains up in the air.

Tahith Chong, Amad Diallo and Facundo Pellistri all went out on loan moves last season and could be sent out again to gain more minutes.

The search for a forward makes sense for United regardless of Ronaldo’s situation, and Sesko could be their man.