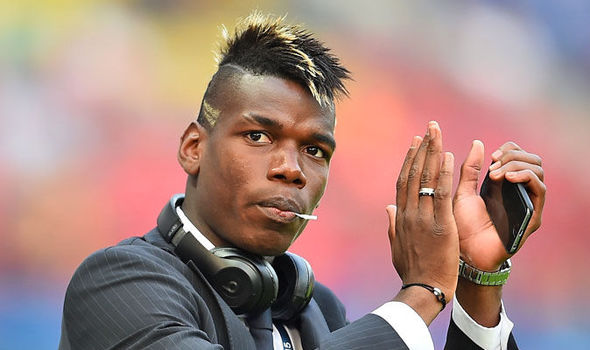 Manchester United manager Jose Mourinho has refused to either confirm or deny whether Juventus midfielder Paul Pogba will join the Red Devils this summer.

The France international left United and joined the Italian champions on a free transfer in 2012. Since then, he has won four Serie A titles and other silverware with the Old Lady and in the process, has become one of the best midfielders in Europe.

United are believed to be closing in on completing a deal in bringing Pogba back to Old Trafford. The Guardian’s Fabrizio Romano and Marcus Christenson claim the Premier League club will have to pay a world-record fee of £92 million and also his agent fee of £18.4 million to seal the deal.

“I don’t confirm and I don’t deny. I cannot tell you,” United’s official website quoted Mourinho as saying when asked about rumours linking Pogba to United.

“First of all because I don’t think it is correct to talk about players at other clubs. He is a Juventus player, not a Manchester United player.”

The former Chelsea manager was announced as Louis van Gaal’s successor in May. Mourinho officially took charge at the club earlier this month and the 53-year-old manager revealed in his first press conference confirmed that he had informed United chiefs that he is targeting four specialists in the summer transfer window.

United have already completed the signings of Eric Bailly, Zlatan Ibrahimovic and Henrikh Mkhitaryan this summer. Mourinho is delighted with his side’s business in the transfer window and remains confident that United will help him complete the fourth specialist signing.

“All I can say is my board and directors did fantastic work to do 75 per cent of the job I asked them to do,” United manager explained.

“I asked them for four players, four profiles of players I needed and I gave them options. So 75 per cent of the job is done. We have just 25 per cent left to do until 31 August. We are in great conditions to have what I would consider to be a good market for us.

“We are calm. We know the kind of players we want. We have three faces to fill the profile and I am really confident Mr [Ed] Woodward and the owners will get the player I want to have the good balance.”