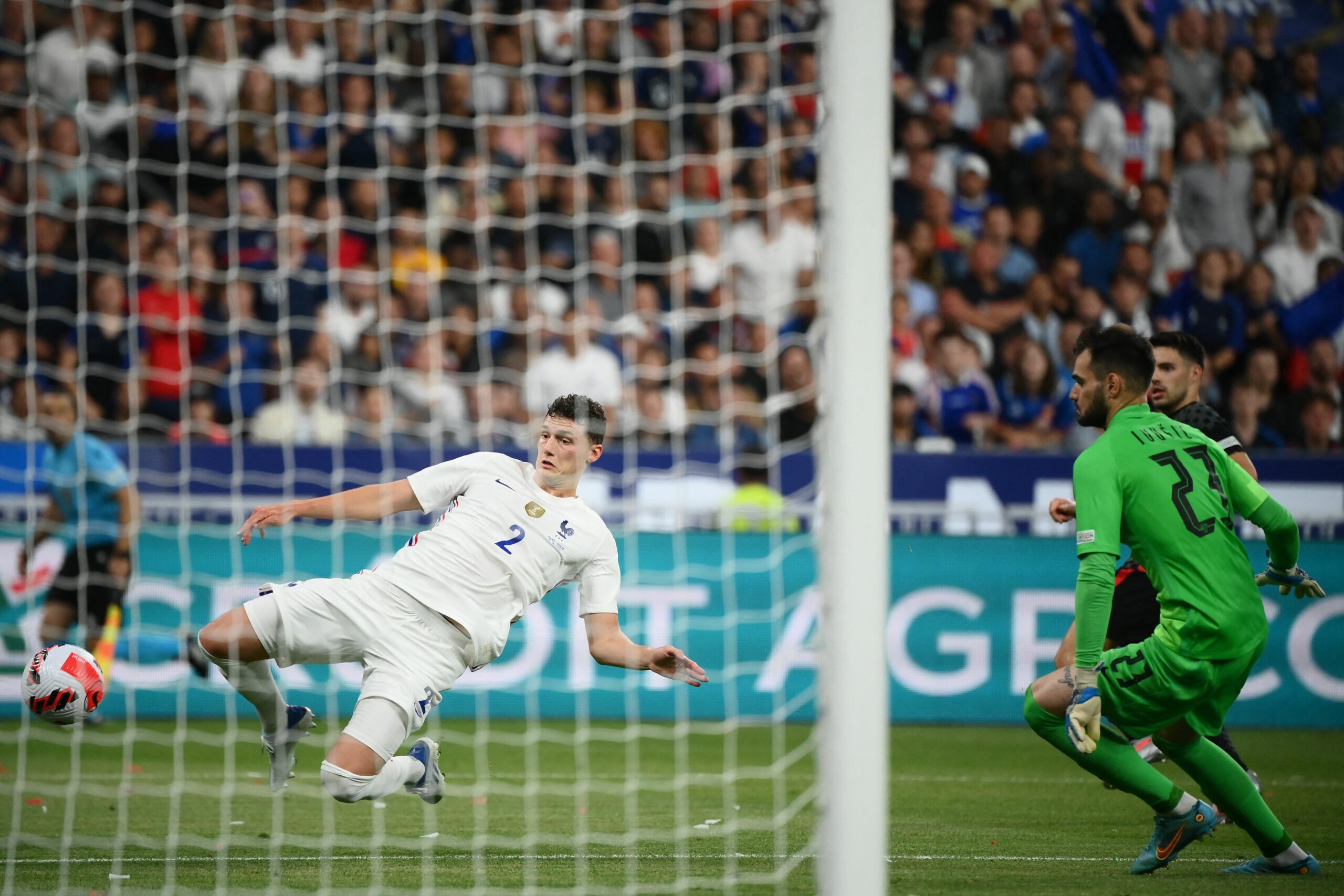 Manchester United are keen to sign Benjamin Pavard from Bayern Munich in the summer transfer window.

That’s according to a report from French publication L’Equipe, who claim that the 26-year-old defender is on the ‘recruitment’ list for United manager Erik ten Hag.

The Dutchman has a lot of work to do at Old Trafford this summer, and Pavard’s ability to play anywhere along the back-line will undoubtedly appeal to him.

Ten Hag is apparently keen to get rid of Aaron Wan-Bissaka in the summer transfer window according to the Daily Mail.

And if Man Utd do sell the ex-Crystal Palace ace or even get him out on loan, Pavard would certainly represent a huge upgrade on him.

Benjamin Pavard would be a good upgrade for United

L’Equipe report that the France international is considering his future at the Allianz Arena after a difficult spell with Bayern, and that the Bundesliga giants would demand around €35 million (£29m) for the versatile defender.

For that kind of money, the World Cup winner would be a superb addition for United as they strive to build a squad capable of challenging for silverware.

Pavard is certainly levels ahead of Wan-Bissaka. In 25 Bundesliga appearances for Bayern last season, the defender averaged 1.4 tackles, 1.4 interceptions and two clearances per game.

During those outings, the Bayern ace made 77.1 passes per game and recorded a mightily impressive completion rate of 88.1%.

The Frenchman is highly energetic, has bundles of pace and possesses exceptional technique.

Three league titles, Champions League and World Cup winner’s medals are evidence of just how much of a winner Pavard is and United could really do with some players like that at Old Trafford.

On that basis, we think the Bayern ace would be an exceptional addition for the Red Devils this summer.