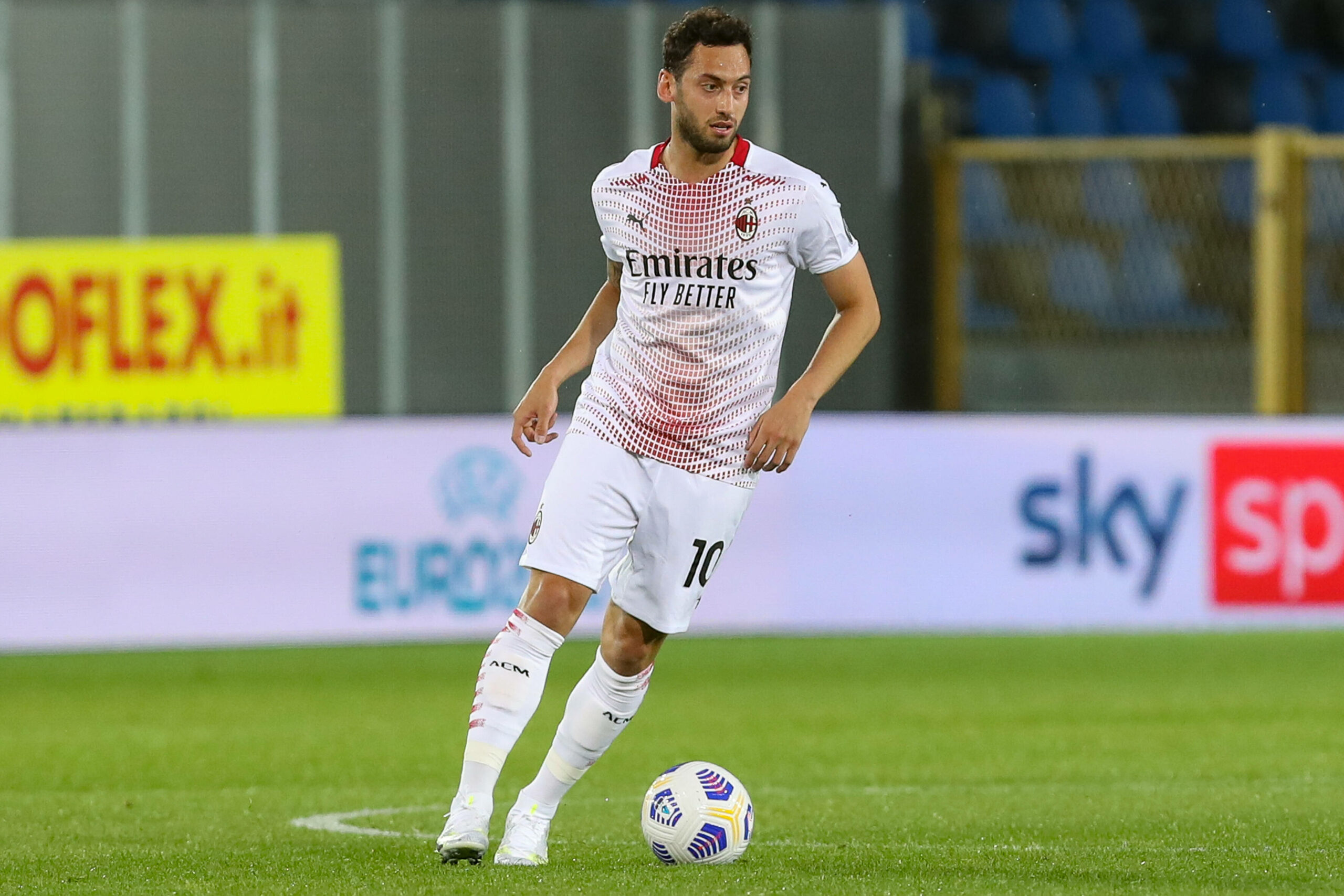 Manchester United have tabled a ‘proposal’ to AC Milan midfielder Hakan Calhanoglu to bring him to Old Trafford this summer.

According to the Italian outlet TuttoMercatoWeb (via The Express), the Red Devils are keen to sign Calhanoglu in the upcoming transfer window as his contract with the Serie A club expires.

The 27-year old creative midfielder has been a key part of the Milan side which finished second in the league this past season.

In 30 league starts this campaign, he scored four goals and provided nine assists.

The Italian club are running out of time to persuade the Turkish international to sign a contract extension.

The report further mentions that Massimiliano Allegri-led Juventus are also interested in acquiring his services.

It is very hard to see how Ole Gunnar Solskjaer would be able to give the game-time to the player.

However, signing Calhanoglu makes plenty of sense considering that his transfer will command no transfer fee.

The reason behind the success of clubs like Manchester City and Chelsea is their immense squad depth.

They have multiple quality players for each position and this helps keep the whole squad on their toes.

If Solskjaer wants Calhanoglu at Theatre of Dreams next season, he might have to force the board to complete the deal early.

Juventus has a history of making savvy free-agent signings and the Milan midfielder could be just another addition to that long list.