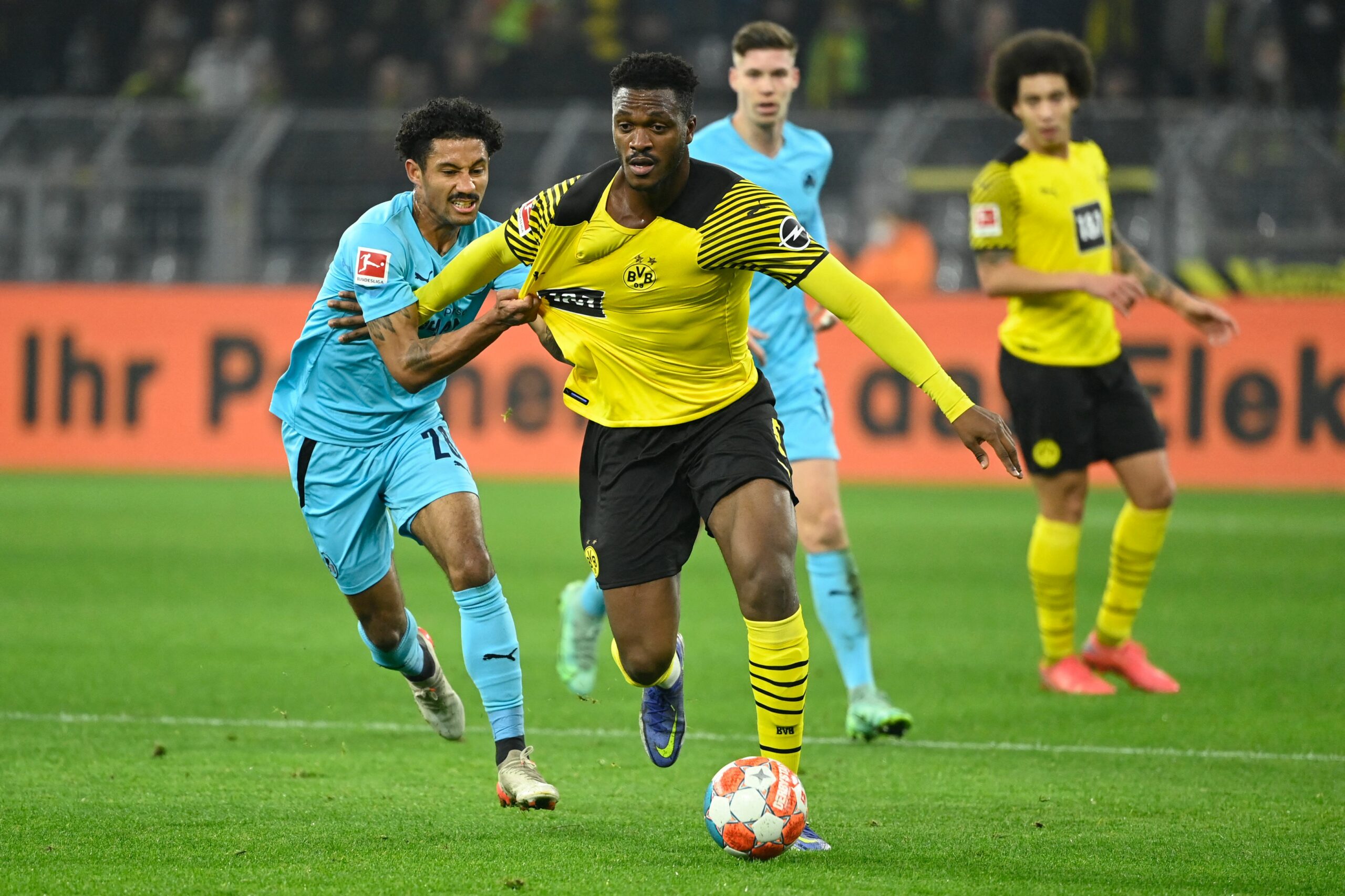 The 23-year-old is currently without a club after his contract at the Black and Yellows expired in June this year.

He endured a difficult time at the Bundesliga outfit, where he suffered several injuries and mostly remained on the fringes of the squad.

Since joining Dortmund from Paris Saint-Germain in 2017, he has made only 92 appearances across all competitions at Westfalenstadion (stats from Transfermarkt).

Last season, he played only 15 matches in the Bundesliga, with knee surgery and torn muscle fibre keeping him out of the team.

Serie A giants Inter Milan have already been credited with an interest in him, but United have also joined them in the transfer race, according to Media Foot Marseille.

Do United need another centre-back?

The French footballer is injury prone, but he was outstanding for Dortmund in the matches he played.

Last season, he averaged 0.9 tackles, 1.0 interceptions and 2.5 clearances in the Bundesliga (stats from WhoScored).

United already have top-class defenders in Harry Maguire and Raphael Varane. They were the first-choice centre-backs at Old Trafford last term.

The Red Devils have also agreed to sign Lisandro Martinez from Ajax in a deal worth around €55 million, while Victor Lindelof is another centre-back on United’s books.

This means that United are already well-stocked in this area, and making a move for Zagadou doesn’t make much sense.

The Red Devils may be attracted by the fact they can sign him on a free transfer, but it is a move they don’t need to make.