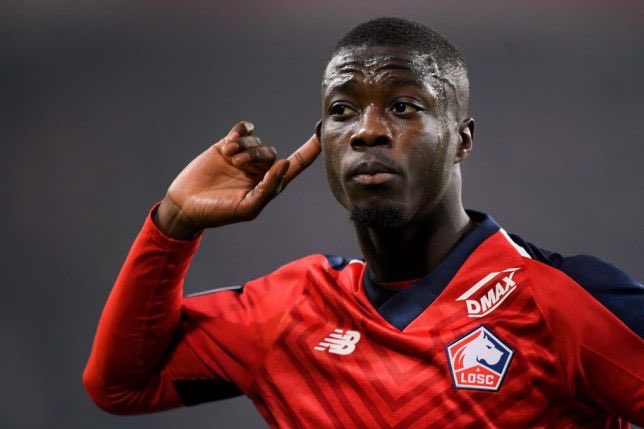 Manchester United are understood to have stepped up their interest in signing Nicolas Pepe from Lille during this summer’s transfer window. The Ivory Coast international had a sublime campaign with Les Dogues last season where he contributed 22 goals and 11 assists in the French Ligue 1, and his efforts helped them secure Champions League football with a runner-up finish.

According to The Times, United boss Ole Gunnar Solskjaer is understood to hold a keen interest in pursuing the right-sided winger, and the club have recently started negotiations with Lille regarding a deal for the 24-year-old.

The same publication suggests that the French club would demand around £70m for the Ivorian and United’s hopes of landing their target could be dependent on the potential sale of Romelu Lukaku to Inter Milan.

United currently have plenty of wide attacking options in the squad, but the preferences of the players have been quite similar with the likes of Marcus Rashford and Anthony Martial finding most of their success from the left side of the attack.

As such, Pepe would offer something different with his effectiveness playing on the right wing while he would also provide a left-footed attacking option – one which only Juan Mata has been able to offer in the past few seasons.

United have made just two signings in the form of Daniel James and Aaron Wan-Bissaka this summer. Bleacher Report’s Dean Jones has recently claimed that the Red Devils have agreed on a world-record £80m fee for a defender to sign Leicester City’s Harry Maguire.