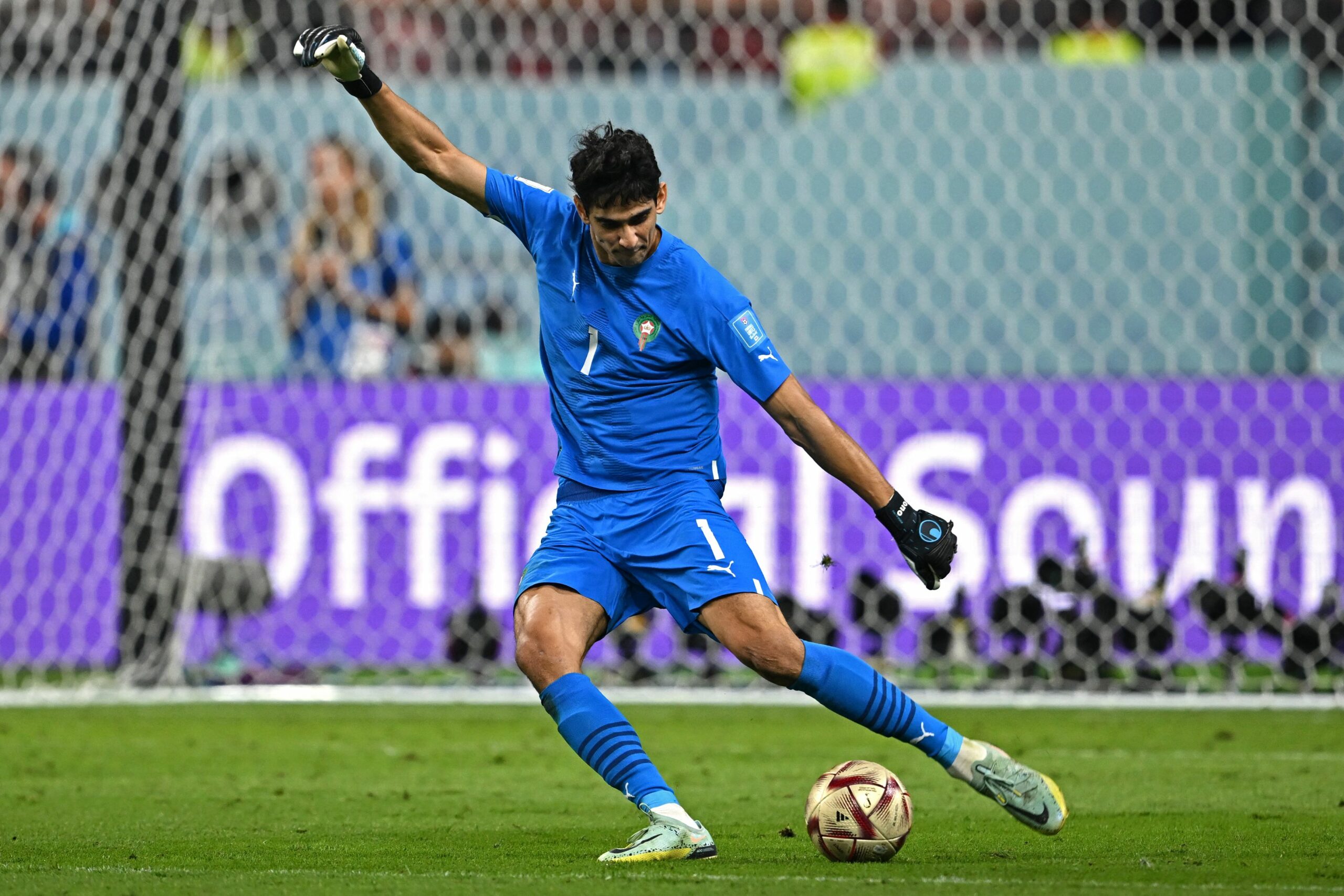 Manchester United have made an enquiry for Sevilla and Moroccan World Cup star Yassine Bounou ahead of the January transfer window.

That’s according to a report from TuttoMercatoWeb who claim that Man United could be set for a battle with Bayern Munich for his signature.

Bounou, also known as ‘Bono’, was a star for Morocco at the World Cup in Qatar this winter.

La Razon recently claimed that the 31-year-old stopper has a €50 million release clause inserted into his current contract. However, he may be available for a little less than that in January.

And with Erik Ten Hag on the hunt for a top-class goalkeeper, it seems as though the Sevilla ace may well be the man for the job.

Bono is a very good goalkeeper, and he proved that out in Qatar with some exceptional saves including his incredible display in the penalty shoot-out win over Spain.

The Sevilla ace possesses superb reflexes, is strong and commanding in the air and has an impressive array of passing in his arsenal.

However, €50m is an awful lot of money to be spending on a goalkeeper, especially given the fact that David de Gea seems to be back to his best now.

At 31, the Moroccan would hardly be a signing for the future either. Ten Hag is more likely to sign an up-and-coming young goalkeeper like Leeds United’s Illan Messier in January or an experienced stopper for a small fee – perhaps Yann Sommer.

Bounou would be a strong addition for United in the January transfer window – but not for €50m.