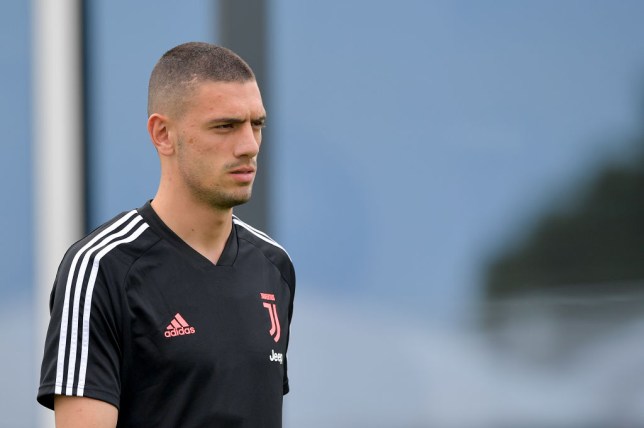 Manchester United have been handed a boost in signing Turkish defender Merih Demiral with Juventus having given him the green light to pursue a fresh challenge in January, The Express reports.

The Turkey international joined the Bianconeri from Sassuolo only in the summer but United are understood to have made an approach for the centre-back before the Premier League transfer deadline.

According to The Express, the Red Devils are still said to be monitoring Demiral’s situation and they have received a potential boost in signing him when the transfer window reopens.

The 21-year-old has experienced a difficult debut season with the Bianconeri and he has been limited to just one league appearance with the likes of Leonardo Bonucci and Matthijs de Ligt favoured ahead of him by Maurizio Sarri.

Meanwhile, United’s defence has witnessed a genuine improvement with the summer arrivals of Aaron Wan-Bissaka and Harry Maguire and the latter has formed a solid central defensive partnership with Victor Lindelof.

There have been the occasional errors which have cost the team but overall, there does not appear the need for any reinforcement in the central defence with Axel Tuanzebe available as an effective back-up option when fit.

Instead, the focus should lie on recruiting a creative midfielder and a centre-forward, and the former should be regarded as the priority for the 2020 winter transfer window.

Andreas Pereira has been the regular pick for the number 10 role over the past month but the Brazilian has lacked the consistency and has often disappointed with his final distribution.

Paul Pogba’s return from an ankle injury should provide a creative boost in the coming months but the Frenchman may take some while to get into his groove after his lengthy injury setback.