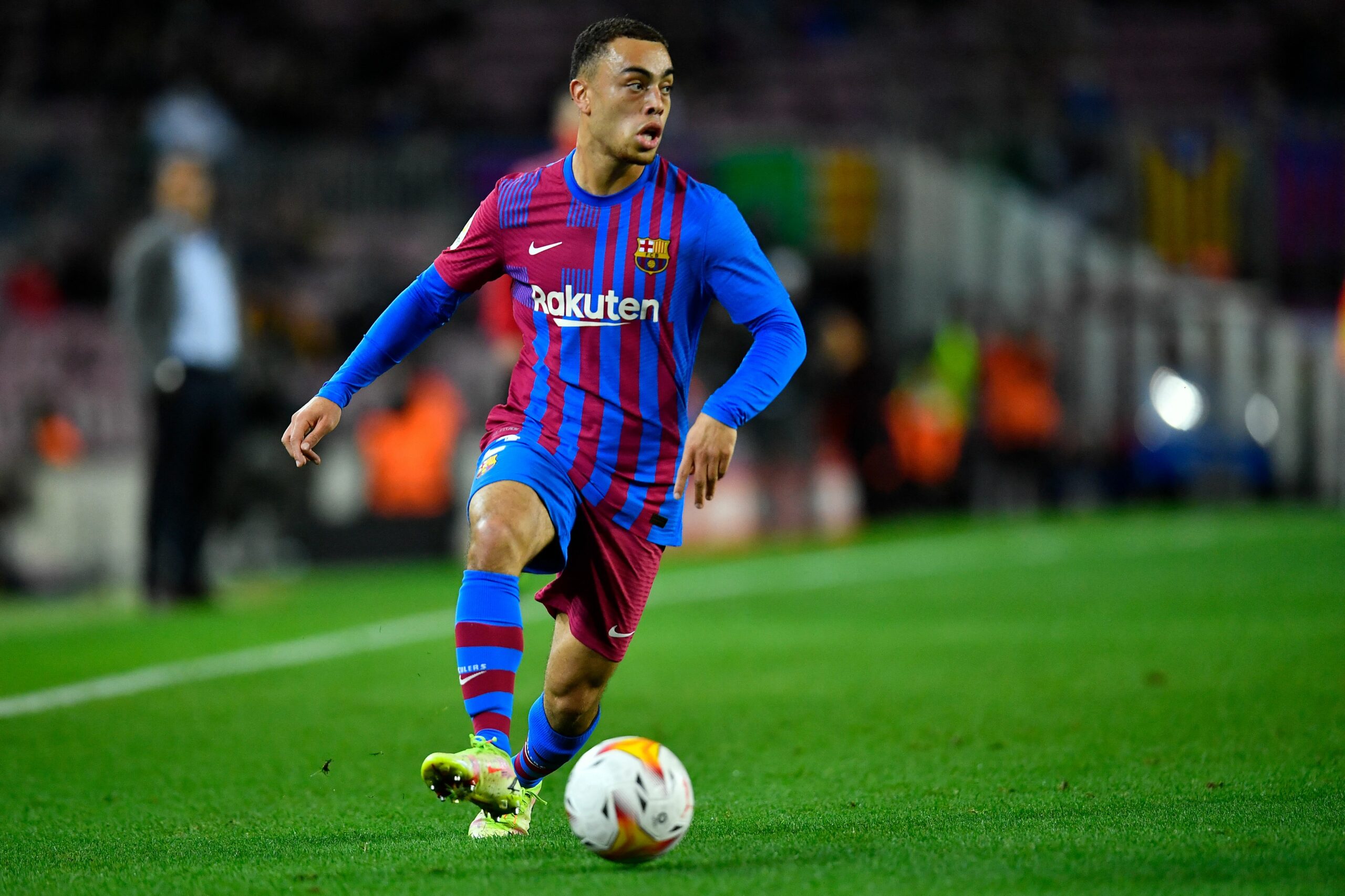 Manchester United have been handed a boost as Barcelona head coach Xavi Hernandez left Sergino Dest out of his 23-man squad against Rayo Vallecano.

Recent reports suggest that United are interested in signing the full-back from the La Liga club.

Xavi has been very straightforward with the players, telling them who is in his plans for the upcoming season and who is not.

Dest is the only specialist right-back in Xavi’s squad yet he is not a part of the Catalan giants’ opening fixture.

This hints that United States international is deemed surplus to requirements at Barcelona.

Cope reporter Helena Condis Edo claimed that it was a ‘technical decision’ to leave him out and a ‘measure of pressure’ from the club to force him out.

Sergino Dest will be a bargain purchase for Manchester United

United have a lot of business to take care of in the remaining three weeks of the transfer window.

The right-back spot is one of the positions Erik ten Hag wants to strengthen.

Aaron Wan-Bissaka was a clear favourite under Ole Gunnar Solskjaer.

However, his incapability to offer much in the final third has handed Diogo Dalot the starting role.

Ten Hag prefers to play possession-based football, a style which demands full-backs to play much higher up on the field.

Dest’s best attributes come to light once he starts attacking. He is technically sound with the ball at his feet and can dribble past players.

He would be a strong competition for Dalot, keeping him on his toes for the starting berth.

Ten Hag’s relationship with Dest might prove to be a deciding factor in this transfer story.

The Dutchman gave the defender the chance to burst onto the scene with Ajax as a teenager.

Sport reported that it would cost United €20 million to take the 21-year-old away from Spain.

If this reported fee turns out to be true, it would be a steal of a deal for United.