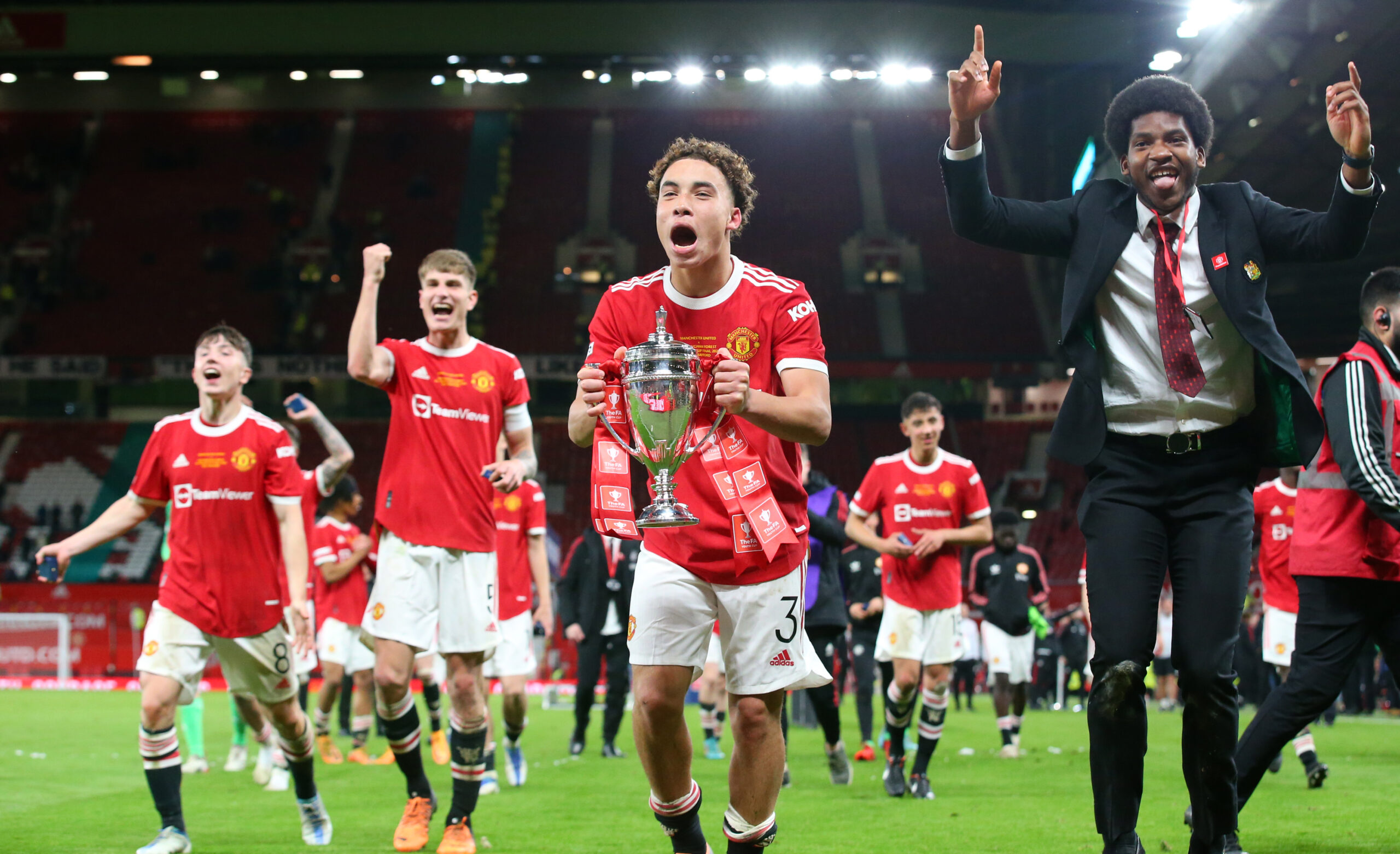 Manchester United football director John Murtough has pledged to prioritise the development of youth players in the future.

The club’s Under-18 team defeated Nottingham Forest in the FA Youth Cup final last season to continue their legacy of success at that level.

The Red Devils have won the youth title on 11 occasions and many of the players have gone on to become first-team players.

Murtough has promised that United will prioritise youth development to continue the club’s legacy of developing its own talent.

“A high point this year was our Under-18s men’s Academy team winning the FA Youth Cup for a record eleventh time in May in front of over 67,000 fans at Old Trafford – by far the highest attendance ever recorded in the competition,” he said (via Manchester Evening News).

“And there was also success for our women’s Under-21s, who achieved a fantastic double win of both the National League and the FA Youth Cup. Nurturing of youth will always remain a cornerstone of this club.

“We are as excited as ever about the talent we have coming through in both our men’s and women’s academies.”

The Red Devils have long had a reputation for developing their own talent.

The famed Class of ’92 were a recent example of the impact younger players have had on United’s fortunes.

The club have continued to develop talent since the turn of the century, but not to the same level as that group of players.

Prioritising youth development will play an integral role in United’s bid to return to the upper echelons of European football over the coming years.

Eriksen shines but will he stay fit through Man United’s busy October?
Ronald Koeman believes Manchester United need to give Ten Hag time to guide them to success