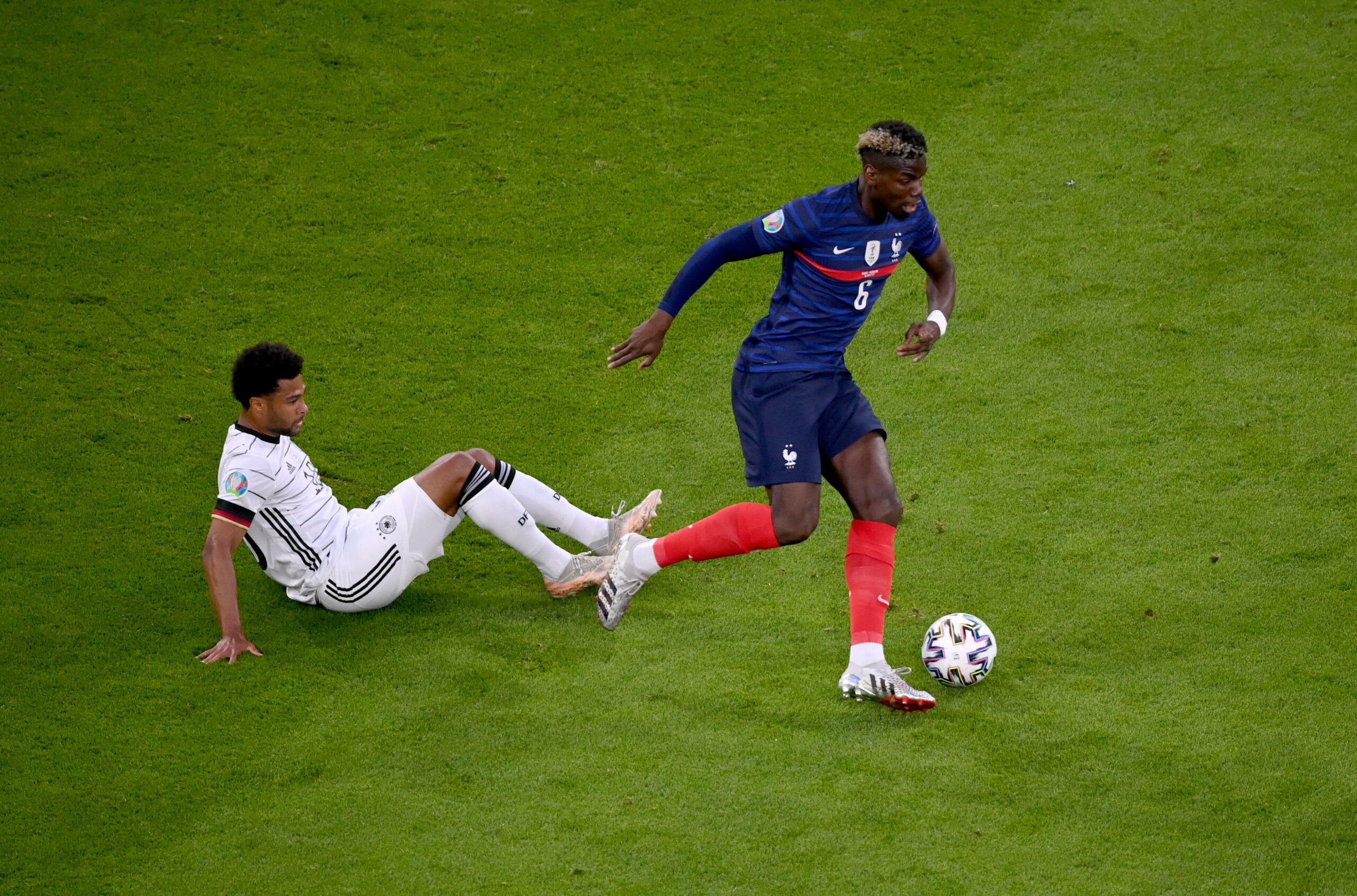 France kicked off their Euro 2020 campaign with a 1-0 win against Germany on Tuesday, thanks to Mats Hummels’ own goal in the first half.

Didier Deschamps’ side are one of the hot favourites to win the European Championships and this win will boost their confidence.

Paul Pogba stepped up for France yet again to deliver a spectacular performance.

Starting on the right side of the three-man midfield, the 28-year old dominated proceedings with his strength and creativity.

Pogba’s mesmerising pass found Lucas Hernandez whose pacy cross was turned inside the net by Hummels.

He made two other defence-splitting passes through which Kylian Mbappe and Karim Benzema scored but both goals were correctly ruled out due to offside.

Having N’Golo Kante and Adrien Rabiot alongside, France’s number 6 had the liberty to play a typical box-to-box role.

His sumptuous passes were causing havoc in Germany’s half while the other two midfielders were making sure to cut any counter-attacks.

Here is how few fans reacted to Pogba’s magnificent display against the Germans:

The Frenchman has only one year left in his contract with United.

The club has the chance to sell him this summer or see him leave on a free transfer for the second time.

A player of Pogba’s quality cannot be allowed to leave if the Red Devils are planning to mount a serious title challenge next season.

Ole Gunnar Solskjaer must find a system that allows both Bruno Fernandes and Paul Pogba to thrive.

The 4-2-3-1 formation forces the midfielder to focus more on the defensive aspect of the game.

Solskjaer has to ponder if he can deploy a three-man midfield at United that can offer more freedom to Pogba.