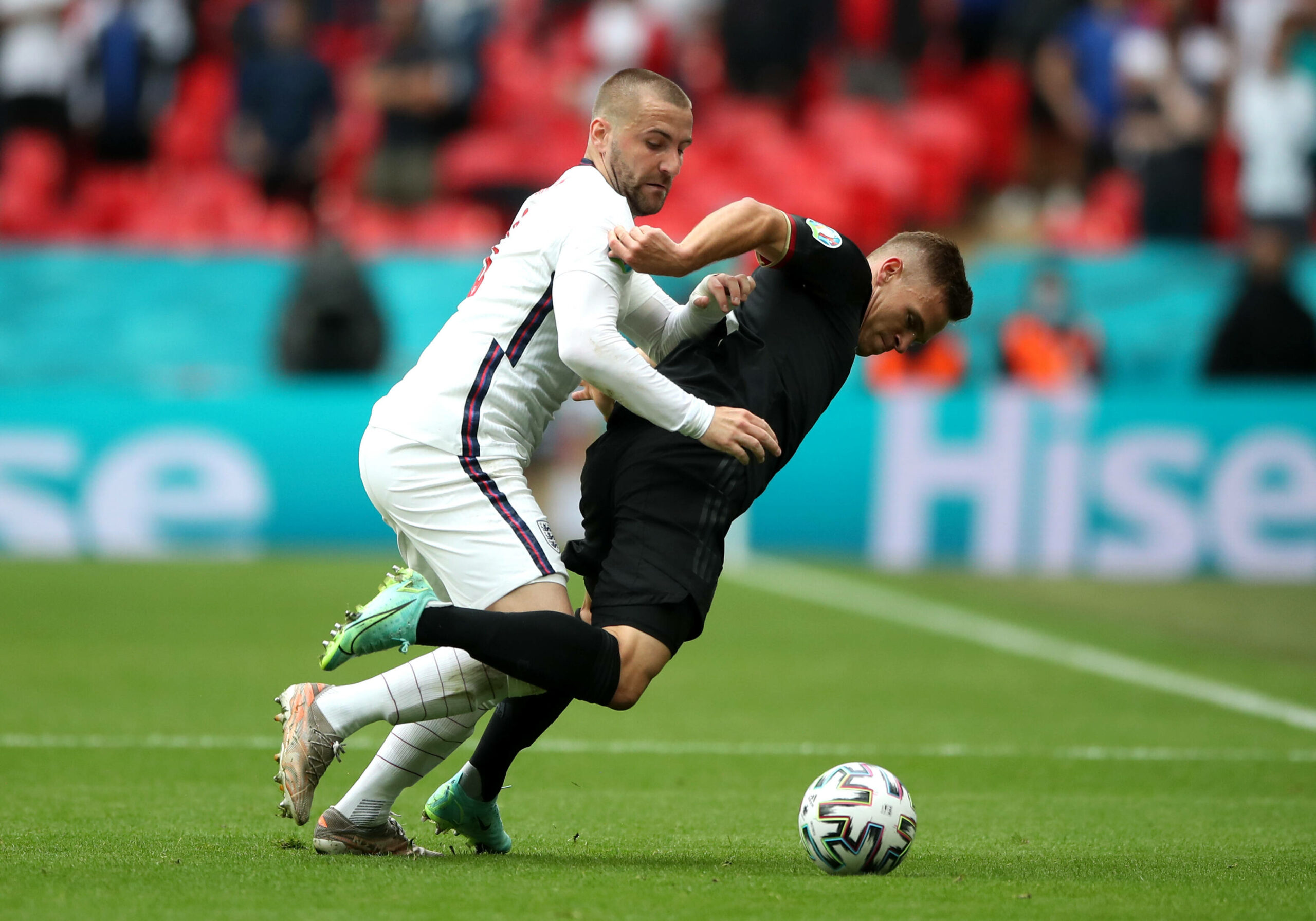 England dumped Germany out to advance to the quarter-finals of Euro 2020 where they will either face Sweden or Ukraine.

Harry Kane had a glorious chance to hand the lead to the Three Lions on the stroke of half-time but Mats Hummels’ heroic clearance kept the score at 0-0.

Manchester City winger Raheem Sterling broke the deadlock in the 75th minute to lift the crowd at Wembley Stadium.

Kane doubled the lead after 10 minutes to seal a memorable victory for England.

Jack Grealish played the ball to Shaw who was making an overlapping run inside the box.

The 25-year old drilled a first-time cross into the six-yard box which Sterling guided past Manuel Neuer.

The former Saints’ defender found himself in an unusual central position but won the ball from the German player.

He ran with the ball towards the goal and slotted to Grealish who had enough space on the left side to float a delightful cross to Kane.

The Tottenham Hotspur talisman met the ball with a diving header, giving no chance to the shot-stopper to make a save.

It has been a season of redemption for Luke Shaw and he has delivered for both club and country.

At the start of the tournament, Ben Chilwell was supposed to be the first-choice left-back for Gareth Southgate after winning the Champions League.

But Shaw has shown that he has to be one of the first names on the team sheet for every England game in this tournament.

Defensively, he was resolute and kept Joshua Kimmich quiet throughout the 90 minutes.

He won all of his tackles, had a pass accuracy of 91% and played five final third passes tonight.

It’s time for Jose Mourinho to stand up and applaud this amazing talent. No more criticism is welcomed.

This is how a section of Manchester United fans applauded Luke Shaw’s sumptuous display: