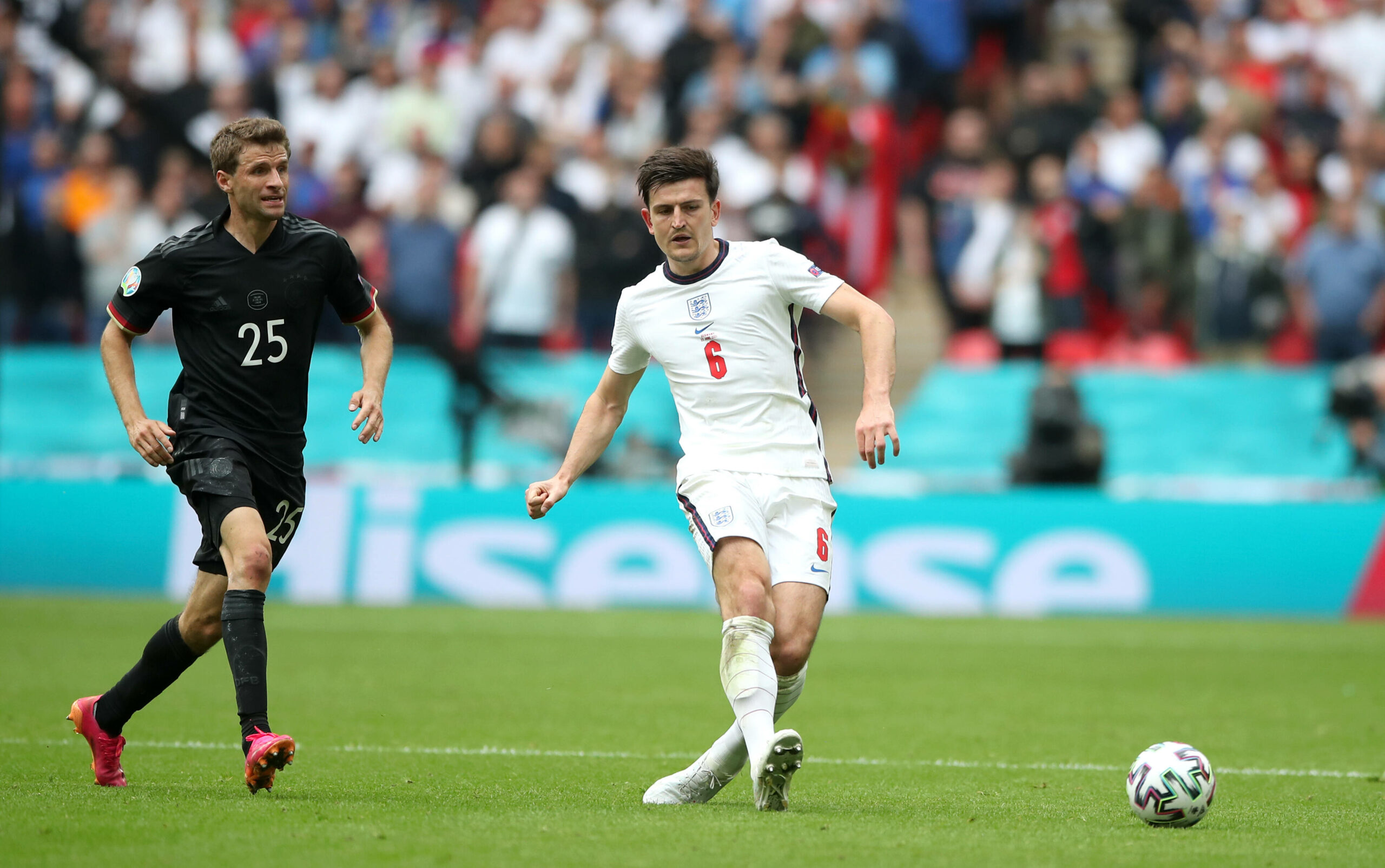 England registered a memorable 2-0 victory over Germany to advance to the quarter-finals of the Euro 2020 on Tuesday.

Goals from Raheem Sterling and Harry Kane helped Gareth Southgate’s side to dump Germany out but it was Manchester United skipper Harry Maguire who drew applause for another colossal performance.

Maguire, who has been on the sidelines for six weeks due to an ankle injury, made a return against the Czech Republic in the final group game.

Southgate trusted his fitness by naming him in the starting XI against a fluent German side.

The 28-year old repaid the manager’s faith by proving to be a bedrock at the heart of the defence for the Three Lions.

He had an excellent chance to break the deadlock in the 20th minute but his header was off-target.

He was then booked for making a clumsy and unnecessary challenge just after England scored their first goal.

However, apart from those two disappointing moments, Maguire showed why he is England’s best centre-back right now.

He defended superbly throughout the 90 minutes, not allowing Germany’s attackers to enjoy a great deal of space.

He won all six of his aerial duels, four out of the six ground duels, made four clearances and played four final third passes.

Maguire showed he is not only defensively solid but often made runs into the midfield to move German players out of position.

His beautiful link-up with Luke Shaw at the left side of the defence was eye-catching which will make the Red Devils supporters proud.

He was named UEFA’s star of the match for tonight’s game.

This is how a section of United fans reacted to Harry Maguire’s dominant display against Germany: