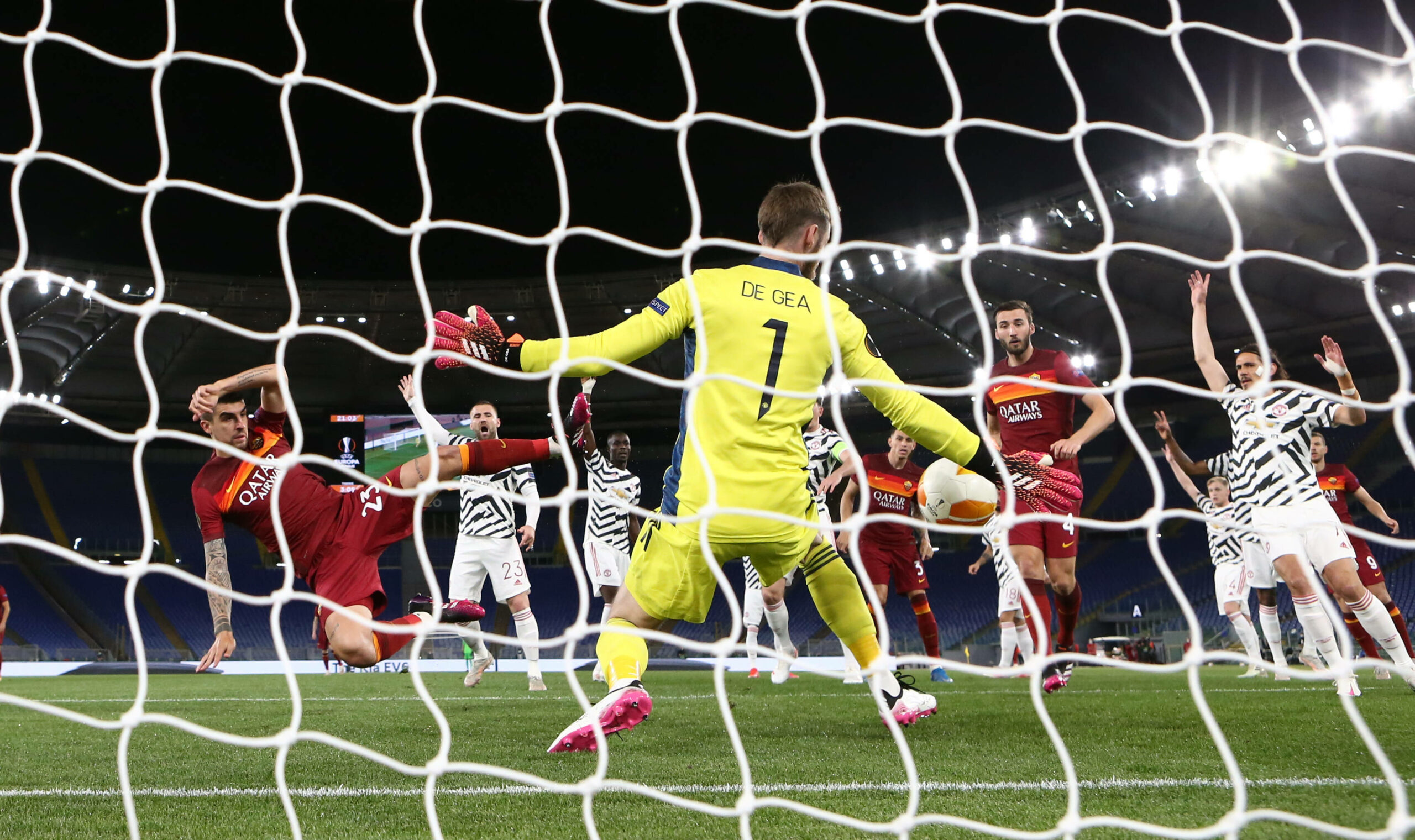 Manchester United supporters were delighted with David De Gea’s valiant performance against AS Roma in the second leg of their Europa League semi-final.

Even though the Red Devils lost 3-2 to Roma last night, they still advanced to the finals with an 8-5 aggregate scoreline.

The visitors were sluggish all night and deserved to lose.

Within the first half-hour of the game, the Giallorossi had many opportunities to score the game’s first goal.

However, some lacklustre finishing and a string of saves from De Gea helped United to keep the deadlock intact.

Following the break, the Italian side came back from a goal down to score twice in three minutes.

This raised a few alarm bells in United’s dugout but Cavani scored another goal in the 68th minute to put the tie to bed.

A late Alex Telles own goal handed the victory to the home side but it was Ole Gunnar Solskjaer and his men who marched into the finals.

Roma took 22 shots out of which 12 were on target. This demonstrates how bad the Red Devils’ defence was.

Their progression to the finals might have been jeopardised if it hadn’t been for De Gea’s typically courageous display.

The Spanish shot-stopper made 10 saves out of which nine from inside the box. He also made a stunning double save from point-blank range just after Roma went 2-1 up.

He showed why people should still consider him as one of the best goalkeepers in the world. Here are a few of the Twitter reactions to his sumptuous display.

In the last few weeks, Dean Henderson has usurped De Gea from the first-choice keeper slot in the league with the Spaniard featuring for United in Europe only.

However, the veteran keeper reminded Solskjaer that he is too good to be forced out of the Theatre of Dreams. The debate for that number 1 jersey will only heat up after his performance.

United will now face Villarreal in the Europa League final after the Spanish team knocked Arsenal out of the tournament.

The Red Devils have improved significantly under Solskjaer but they need to lift the trophy in Gdansk to demonstrate their progress this season.