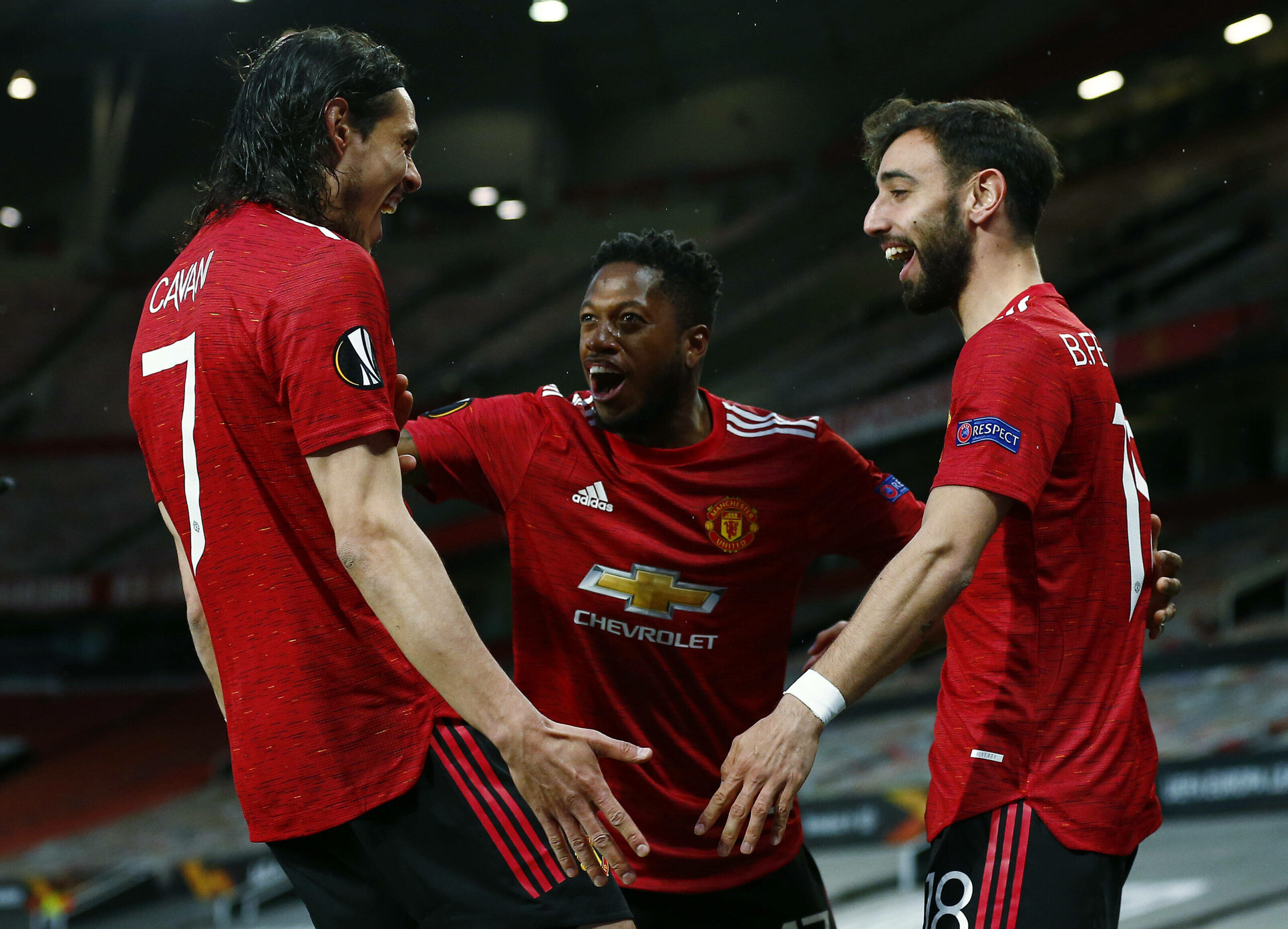 Manchester United supporters were left ecstatic with the heroic performances put in by Edinson Cavani and Bruno Fernandes.

The Red Devils have put their one foot in the Europa League’s final after recording a thumping 6-2 victory over AS Roma.

Fernandes formed a terrific partnership with Cavani upfront as the pair bagged two goals and two assists each.

United got off to a good start, with the Portuguese playmaker breaking the deadlock just 10 minutes into the game.

The 34-year old striker played a perfectly weighted pass on to Fernandes’ path who smartly chipped the ball over the keeper to hand United an early lead.

The Italian side came back strongly and scored two goals to go 1-2 ahead at half-time.

But the Red Devils came out with some lethal intent and blew the  visitors away by netting five goals inside 45 minutes.

The former PSG player brought the score to parity in the 48th minute with the aid of Bruno Fernandes.

Antonio Mirante made a sprawling save to deny Aaron Wan Bissaka but the rebound fell kindly for Cavani. He showed the predator’s instinct to tap in United’s third goal.

A silly challenge from Chris Smalling against El Matador gifted a penalty to the Red Devils.

Fernandes stepped up and fired it past the keeper to score his second and United’s fourth goal of the game.

The game was far from over for the 26-year-old playmaker. It was his looping cross that found Paul Pogba inside the box.

The Frenchman rose the highest and guided it into the net to pile more misery on Roma.

The Italian side were already disheartened with the scoreline but the home team showed no mercy on them.

Cavani’s breathtaking pass found Greenwood perfectly who ran towards the goal and slotted his side’s sixth and final goal of the game.

Manchester United fans were delighted with the performance of Cavani and Fernandes and did not shy away from showering love on the pair. Here are a few of the Twitter reactions.

The Red Devils did concede two away goals but compensated for that by finding the back of the net six times!

There should be no way that they throw away this lead in the second leg of the semi-finals.

It finally looks like Solskjaer will break his semifinal hoodoo after missing four times in the previous two years.