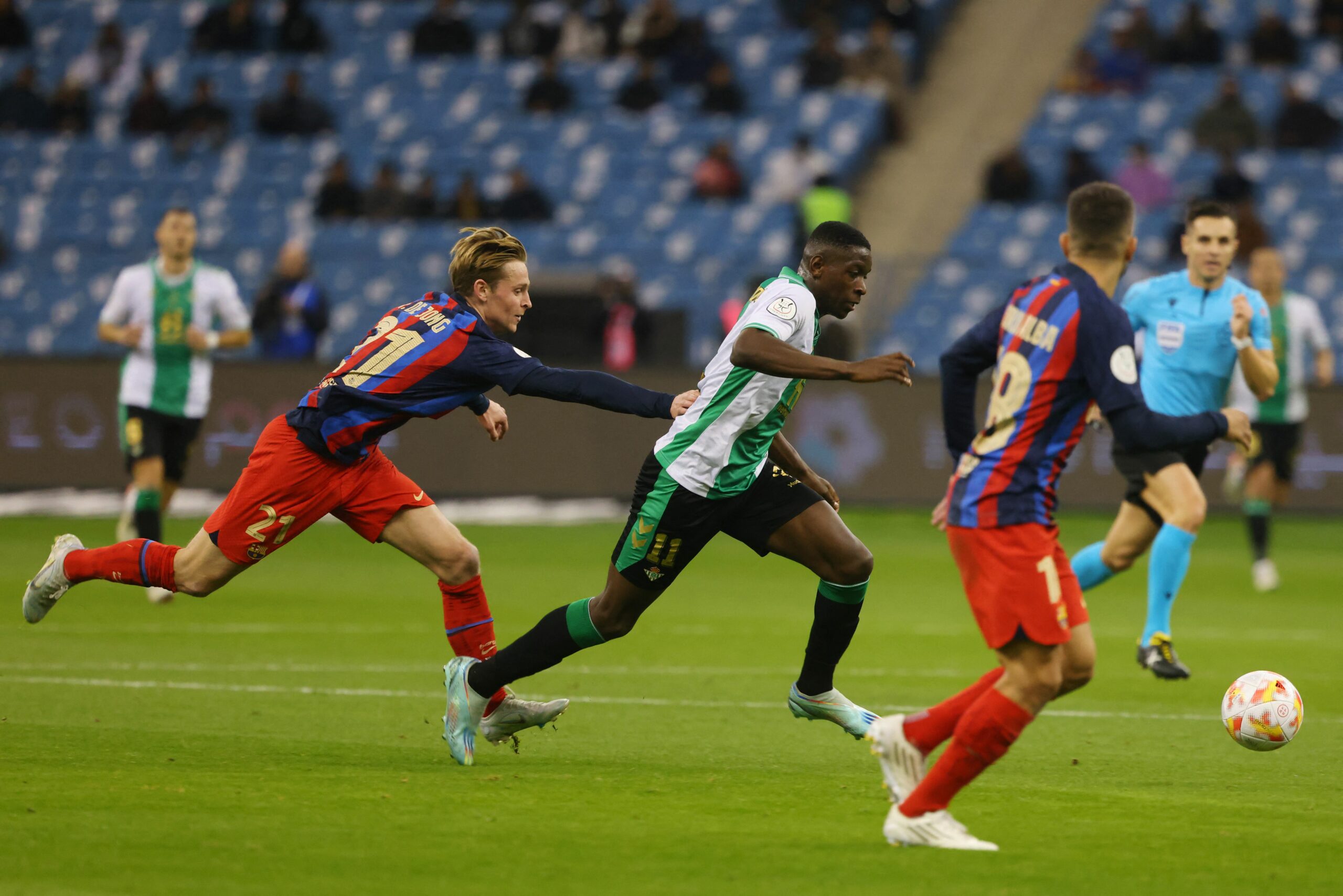 Manchester United are interested in signing Real Betis ace Luiz Henrique and have been ‘closely monitoring’ him for some time now.

That’s according to Mundo Deportivo, who claim that United have performed several scouting missions on the 22-year-old winger.

The Brazilian is an exciting young talent, although his £44 million price tag seems steep.

Erik ten Hag is keen to bring talented youngsters with very high ceilings to Old Trafford, and Henrique certainly fits into that category.

Mundo Deportivo claim that United have been keeping a very close eye on the Brazilian winger for quite some time now.

And they may be forced into action, with Aston Villa ready to lodge an official bid for him.

He has bagged just three goals and five assists in 24 games for Betis. That will be a red flag for the Red Devils, considering how much they will have to pay to prise him away from Betis.

However, he’ll be worth that kind of money in the long term. Henrique possesses devastating pace. His speed has been described as ‘blistering’ by Yahoo.

Henrique also has that little bit of magic, and that’s precisely what you would expect from a Brazilian attacker.

He is at his best when deployed wide on the right, from where he likes to cut back inside onto his favoured left foot. As he continues to mature as a player, you would expect his attacking output to improve.

If United splash out £44m on Henrique, that will look like a terrific deal for them in a few years.

READ ALSO: 31-year-old forward was flattered when he heard United wanted to sign him.