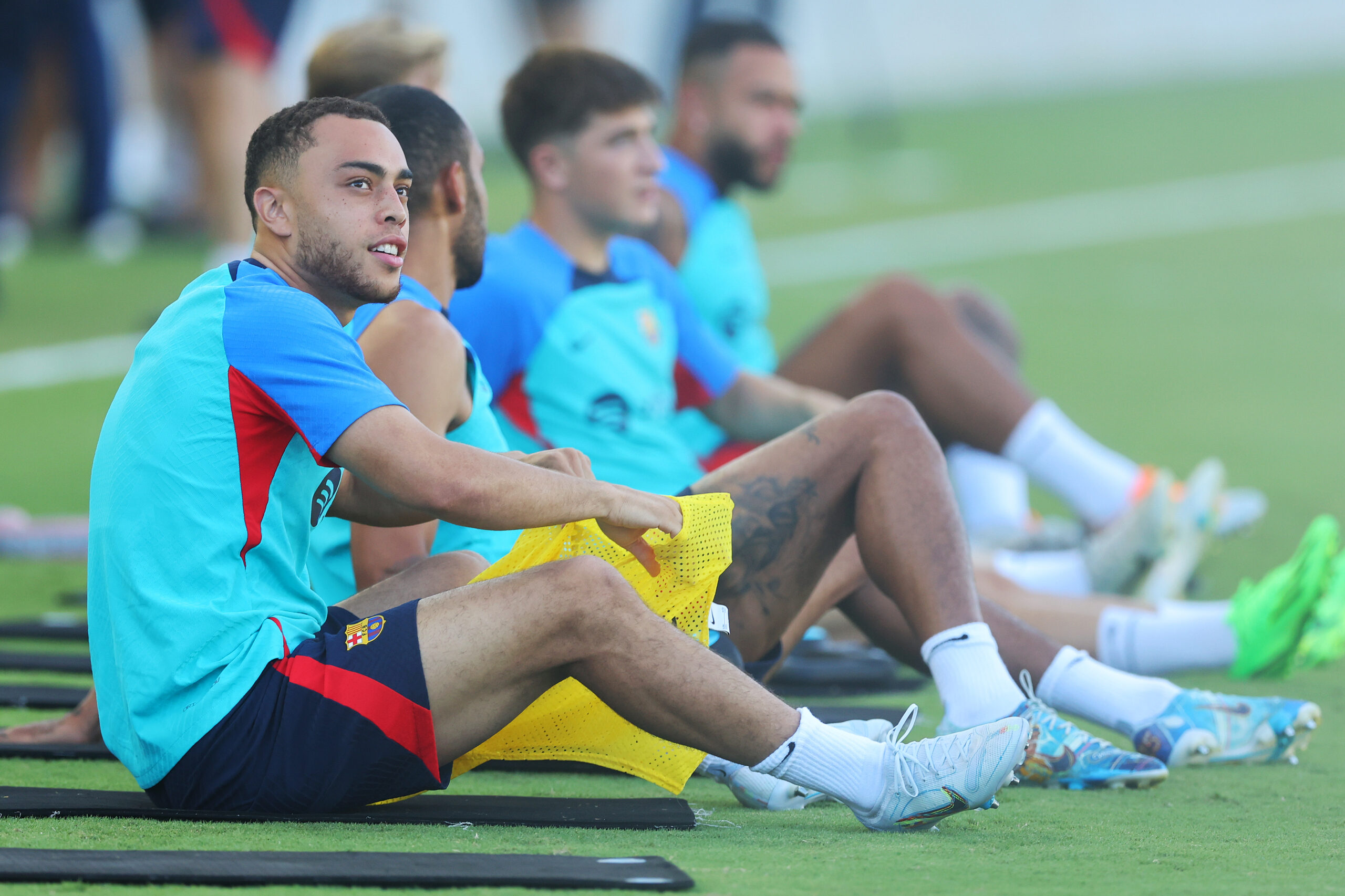 Manchester United are reportedly exploring the possibility of a late deal to sign Barcelona right-back Sergino Dest before deadline day.

That’s according to a report from Sky Sports reporter Dharmesh Sheth who claims that United boss Erik ten Hag is eyeing up a last-gasp move to sign the 21-year-old Barca star.

It is suggested that Ten Hag is a big fan of the United States international from their time together at Ajax.

United’s interest in Dest stems from Aaron Wan-Bissaka being linked with a move away from Old Trafford.

And if Wan-Bissake does leave this summer, Ten Hag seemingly has the ideal replacement in mind.

Sheth reckons that United could try to sign the Barcelona defender late in the transfer window:

The Barcelona right-back is a superbly talented young player and possesses all of the attributes needed to reach the very top.

He possesses pace in abundance and loves getting forward at every opportunity. He can play further forward as a winger as well if need be.

Dest has been praised by United States boss Gregg Berhalter told who Goal in October:

Barca Universal reckon that Dest will cost around €25 million (£21.5 m) this summer.

Dest is clearly an exciting young talent, albeit far from the finished article. With good coaching, the American will undoubtedly go on to become a big star.

Signing Dest would be a smart move from United this summer, especially for just £21m.