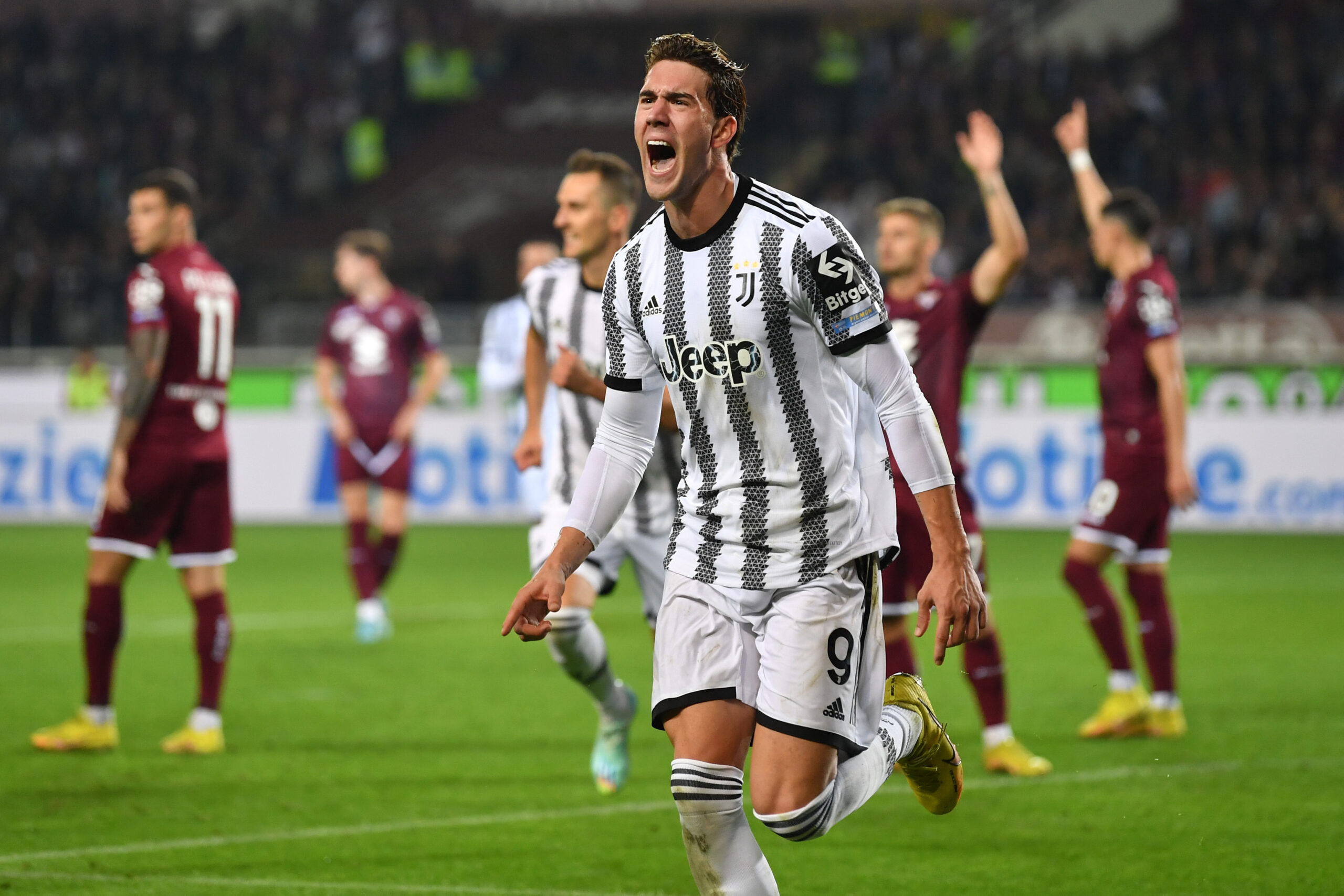 That’s according to a report from Corriere Torino (print edition January 16, page 15) who claim that Juventus are keen to sell the 22-year-old, with United closely monitoring the situation.

However, Juve will not allow the Serbia international to leave for anything less than a whopping €90 million.

United clearly won’t be paying that kind of money for a centre forward this month, having already signed Wout Weghorst.

However, this will be one to keep an eye on in the summer transfer window.

The Juventus striker is still very much on Erik ten Hag’s radar, according to reports coming out of Torino. It is suggested that the Dutchman will have to spend big to bring him to Old Trafford.

Despite the monstrous price tag, United should go all out to sign Vlahovic. He is a tall, powerful bully and would be a great focal point for United’s attacking play.

He’s also an excellent finisher – his career goalscoring record of 88 goals in 193 games is evidence of that.

The forward has been dubbed the ‘new Zlatan Ibrahimovic’ (talkSPORT). That is quite the comparison, but the Juventus ace is good enough to go on and emulate the Swedish legend.

The striker still has a lot of work to do before he is even half as good as Ibrahimovic, but let’s not pretend that he doesn’t have the potential needed to go on and reach the heights of the footballing legend.

Vlahovic would be a tremendous addition for United. Whether the owners – current or new – are prepared to meet his €90m valuation remains to be seen.