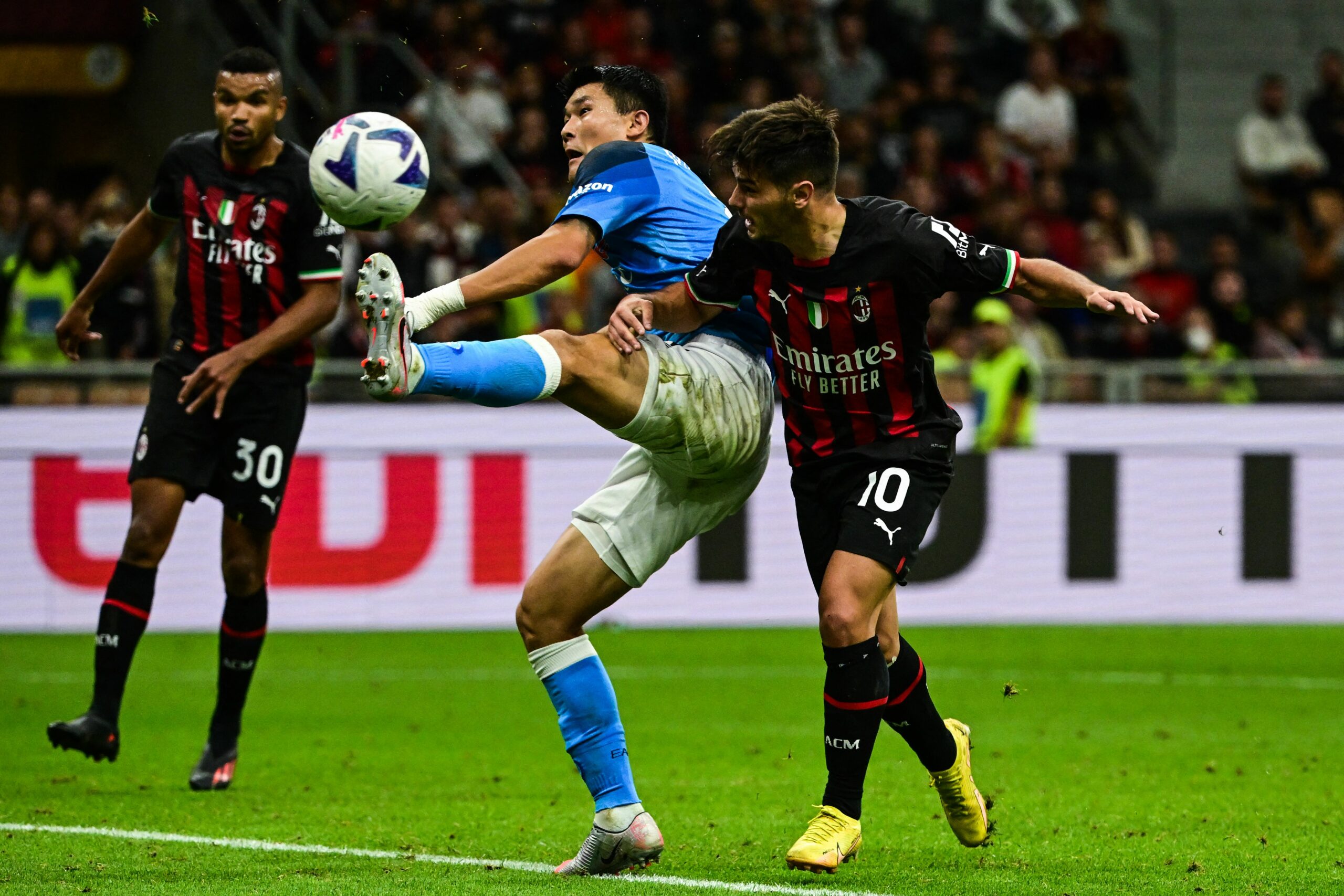 Manchester United have been dealt a huge blow with the news that Liverpool could try to sign Erik ten Hag target Kim Min-jae in January.

That’s according to a report from Il Mattino who claim that Liverpool boss Jurgen Klopp is eyeing the signing of a top-class central defender after the injury sustained by Virgil van Dijk.

Ten Hag has been linked with a £44 million move to sign the South Korea international centre-back in January.

The 26-year-old is a truly elite defender and has absolutely everything that Ten Hag needs at Old Trafford.

Unfortunately for the Dutchman and United, there will be fierce competition for his signature this month.

Il Mattino reckon that Liverpool have ‘called’ Napoli regarding a potential move to bring the central defender to Anfield in the January transfer window. That really is the last thing that United need.

Signing a centre-back is of paramount importance for Ten Hag, with Harry Maguire facing an uncertain future at the club. And Kim Min-jae would be the perfect addition to the Dutchman’s ranks.

He is a strong and aerially commanding centre-half. During an interview with the Guardian, the defender labelled himself as a monster and suggested that the word sums up his playing style perfectly.

He has scored two goals in 14 games for Napoli this season and has averaged 1.6 tackles, 1.1 interceptions, 3.9 clearances and 3.1 successful aerial duels per match.

The Napoli ace has averaged 73.7 passes per game on average and has recorded a completion rate of 89.6%.

He is one of the best central defenders on the planet, and his physical playing style is ideally suited to the robust nature of the Premier League.

However, whether United can beat Liverpool to the signature of Min-jae in January remains to be seen.