Manchester United could try to sign Hakim Ziyech from Chelsea 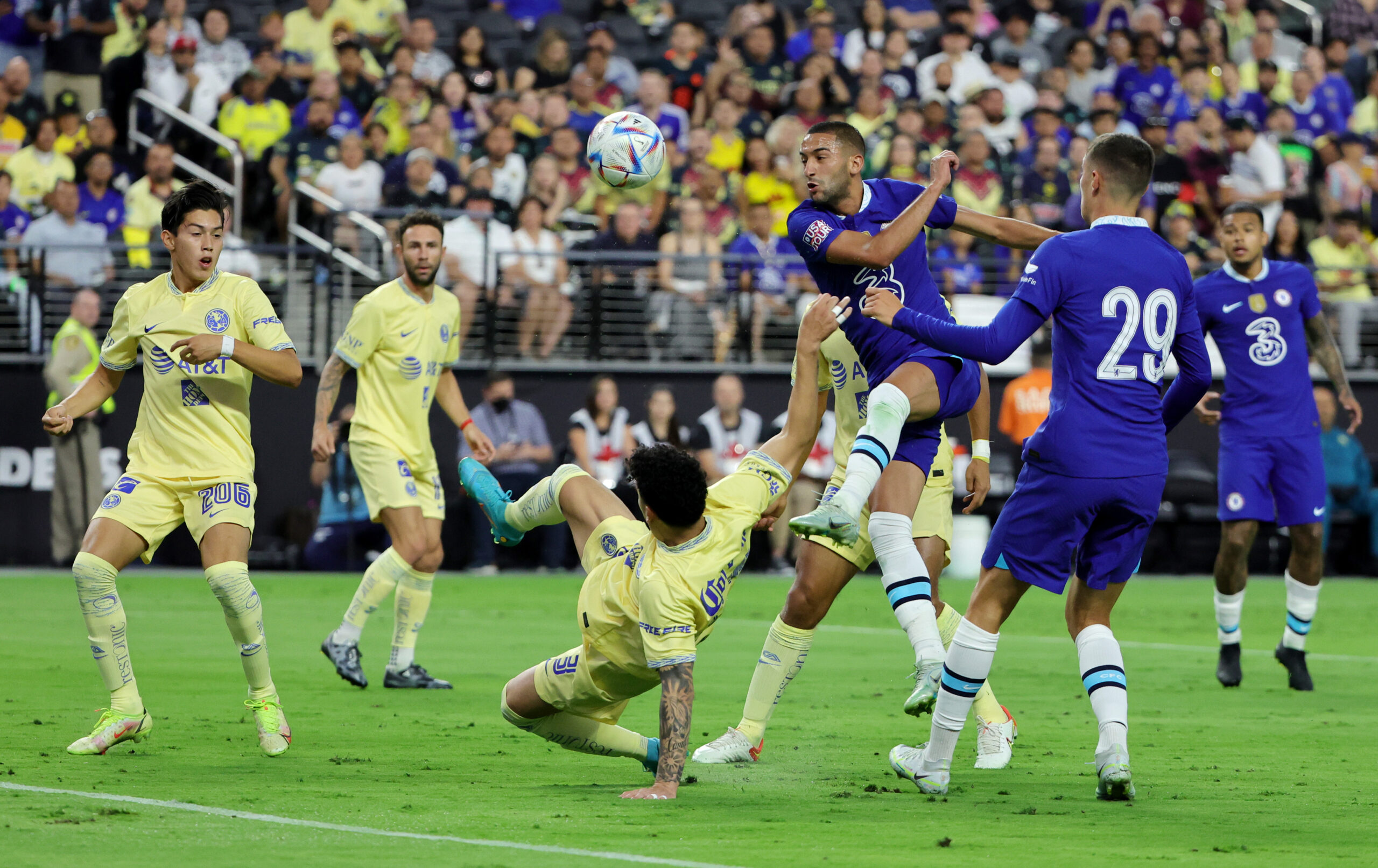 That’s according to Dutch media outlet Voetbal Primeur who claims that Erik ten Hag could have a crack at bringing the 29-year-old to Old Trafford, although it’s unlikely that Chelsea will sell to United.

Ten Hag has a lot of work to do between now and the end of the transfer window. The Dutchman has already brought Lisandro Martinez, Tyrell Malacia and Christian Eriksen to United this summer, but new players are needed.

The addition of a central midfielder and a centre-forward should be the United manager’s two main priorities. It seems as though Te Hag could still be in the market for an attacking midfielder though.

The Chelsea star is definitely on United’s radar according to a report from Voetbal Primeur.

Ten Hag managed Ziyech during his time at Ajax, and it’s little wonder why he might want to sign him for United. Ziyech bagged an incredible 49 goals and 80 assists in 164 games for the Dutch giants.

The attacking midfielder, who can also play as a winger, has struggled somewhat since joining Chelsea for around £36 million (BBC) in the summer of 2020 though.

The Morocco international has racked up just 14 goals and 10 assists in 83 games for Thomas Tuchel’s side. And it seems as though he’s now pushing for an exit from Stamford Bridge, according to a report from the Evening Standard.

Ten Hag obviously knows Ziyech really well and the Moroccan could bring that little bit of extravagance and flair that the Red Devils have so desperately lacked recently.

The ex-Ajax ace possesses unbelievable technical ability and has a range of passing that is the envy of most top-level footballers. The Chelsea ace has been nicknamed ‘The Wizard’ due to the magic that he produces when in possession of the football (official website).

We think that Ziyech actually would be a very good signing for United. Chelsea could be willing to sell him for just £8.4m this summer according to The Daily Mail.

As mentioned earlier though, it’s highly unlikely that Chelsea will sell Ziyech to United, certainly not at the moment anyway.