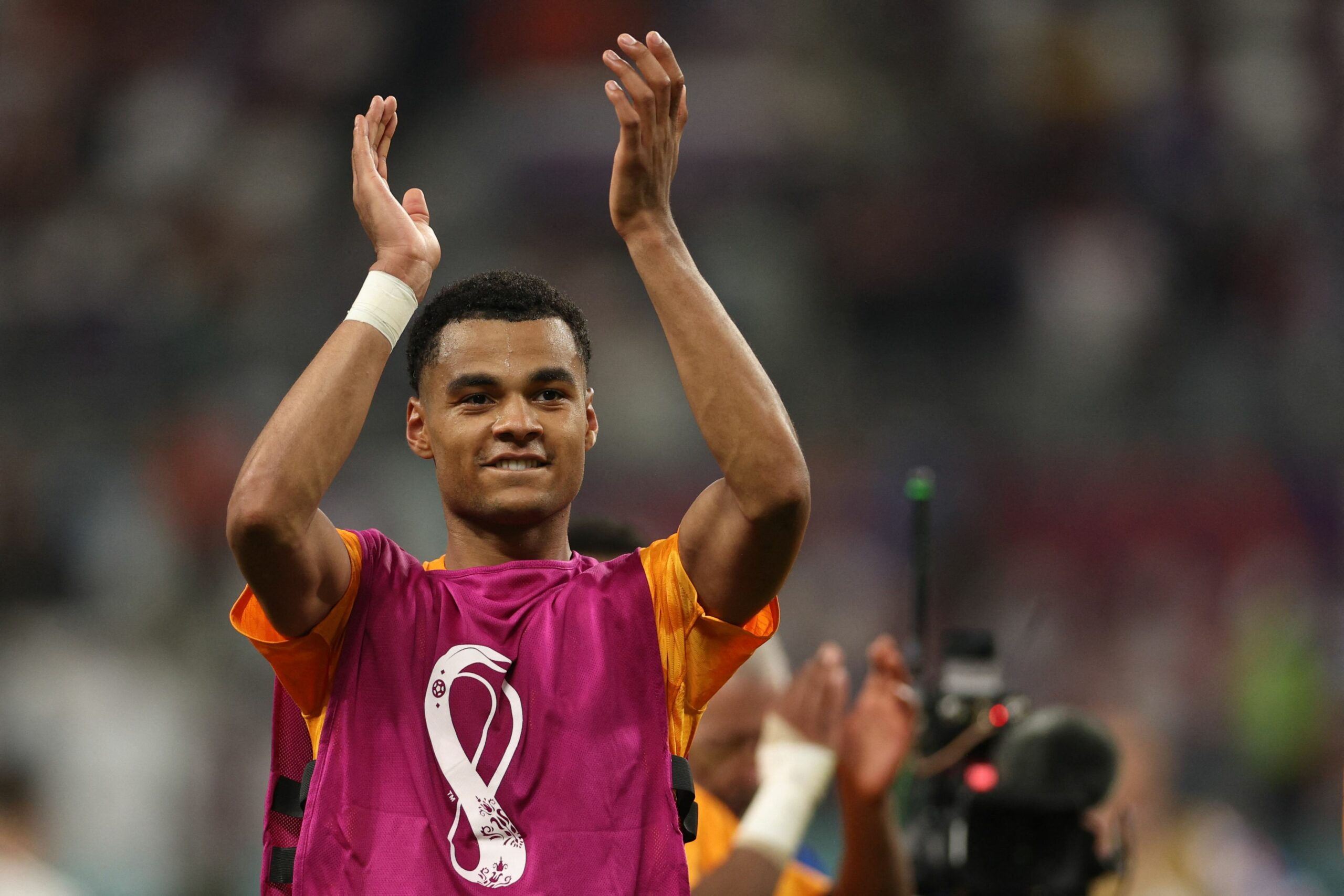 Manchester United could have one of the scariest attacks in Europe if Erik ten Hag signs key target Cody Gakpo in January.

According to Italian football journalist Fabrizio Romano, Gakpo is United’s number one transfer target this winter, with Ten Hag keen to bolster his front line at Old Trafford.

And it is claimed by the Express that PSV Eindhoven could demand €80 million (£70 million) for the 23-year-old. That’s a lot of money, but it is how football has gone over the past decade or so.

Gakpo proved at the World Cup in Qatar that he is a truly elite forward player. He is more than ready to make the jump up to the next level.

And if Ten Hag wins the race for his signature, the Red Devils may have one of the most devastating attacking line-ups on the planet.

Manchester United could have one of scariest attacks in Europe

Gakpo arriving at Old Trafford would elevate United to an entirely new level. He can play anywhere along the front line and has the talent that would light up the Premier League. He’s a terrific young talent with a really high ceiling.

The Dutchman has been described as a ‘sensational’ player by the well-renowned Twitter account Dutch Football. He has also been labelled as ‘superb’ by football journalist Josh Bunting. Meanwhile, One Football have called him a ‘world-class winger’.

He bagged a brilliant 21 goals and 14 assists in 47 games in all competitions for PSV last season. He has racked up an impressive 13 goals and 17 assists in 24 games this term.

The Holland international possesses explosive pace and exceptional technique. At 23, he has not even reached his prime and could go on to become a world-class player.

It is not an exaggeration to say that United could have one of the scariest attacks in Europe. Ten Hag would have enough players to have two world-class attacking line-ups!

The pace, movement and explosiveness would have opposition defences on the back foot from the very first whistle.

Gakpo would be a key component to that and could be the icing on the cake for United, what with his guile and nouse in and around the 18-yard box.

For £70 million, Gakpo would be a smart long-term investment for Man United.

Man Utd have to pay €90m to sign Juventus striker Dusan Vlahovic this winter
‘He would have gone to Arsenal’: Erik ten Hag makes big revelation on Lisandro Martinez