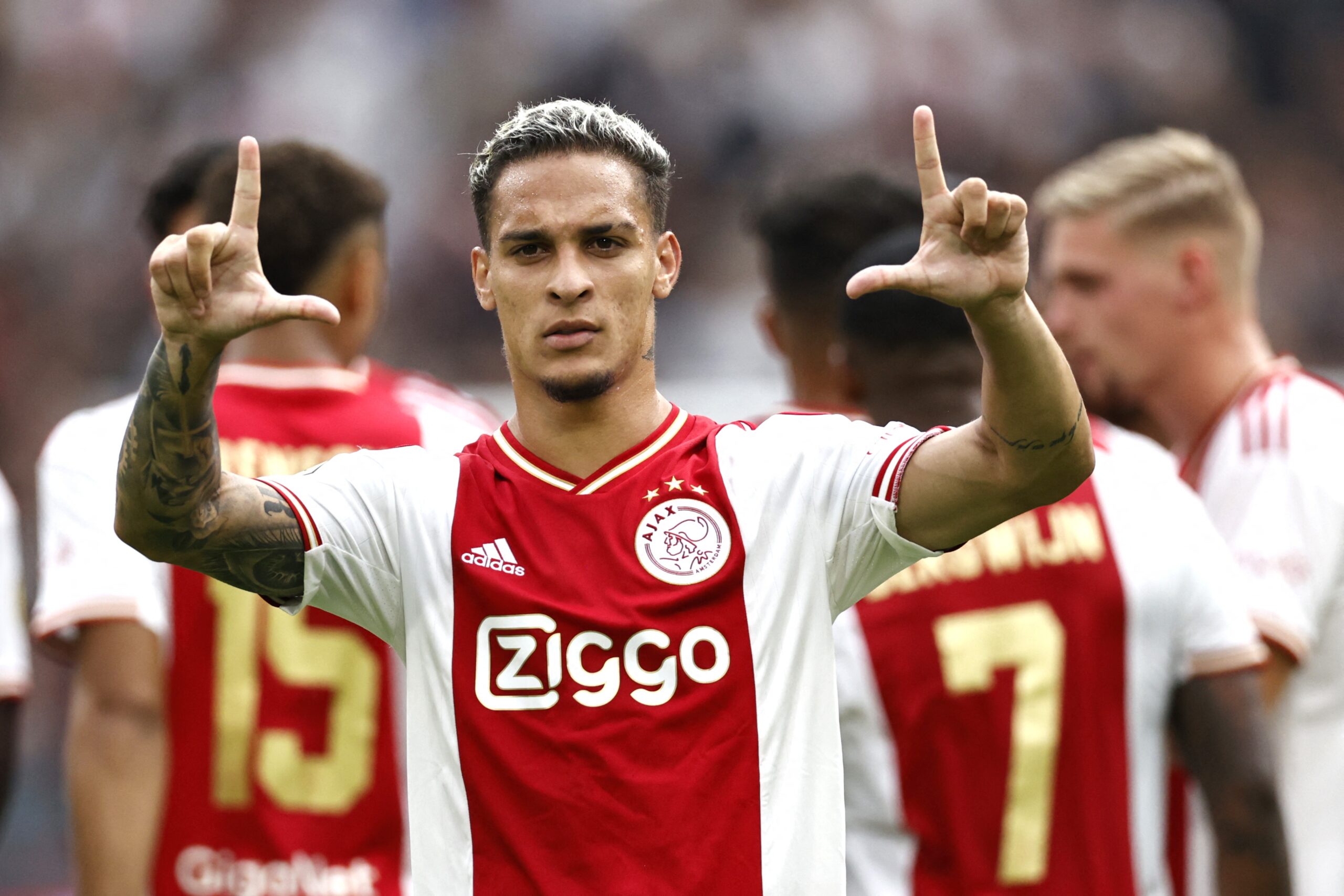 Manchester United have officially confirmed they have reached an agreement with Ajax to sign star winger Antony.

The Red Devils have been chasing the signature of the Brazilian international since the start of the summer transfer window.

After a tug of war between the two clubs, they finally managed to strike a deal.

The official statement from the club reads: “Manchester United has reached an agreement with Ajax for the transfer of Antony, subject to a medical, player terms being finalised, and international clearance.”

Personal terms between the Premier League club and the player will not be an issue.

Antony was desperate to move to Old Trafford, handing a transfer request to the Eredivisie champions earlier.

Fabrizio Romano has revealed that United will be paying €95 million guaranteed plus €5m in add-ons to Ajax.

Antony will lift the Old Trafford crowd to their feet

The 22-year-old is one of the most exciting talents across Europe.

His dribbling skills and flair will make him thrilling to watch.

During his time at Ajax and Sao Paulo, he largely featured on the right wing, bagging 31 goals and 27 assists in 134 appearances.

Erik ten Hag has worked previously with the trickster and wanted him at Old Trafford at any cost.

Having a left-footed winger in the form of Antony will provide the Dutchman with a unique attacking weapon.

There is no doubt that he is coming for a very heavy price tag of €100m.

This transfer will make him the third most expensive signing in United’s history, behind only Paul Pogba and Romelu Lukaku.

He is Ten Hag’s fifth signing of the summer after bringing in Tyrell Malacia, Christian Eriksen, Lisandro Martinez and Casemiro.

Newcastle United’s Martin Dúbravka could be the final new face of the summer for the Red Devils.

It was widely reported yesterday that the two clubs have reached a full agreement for a loan deal with a £5m buy option.