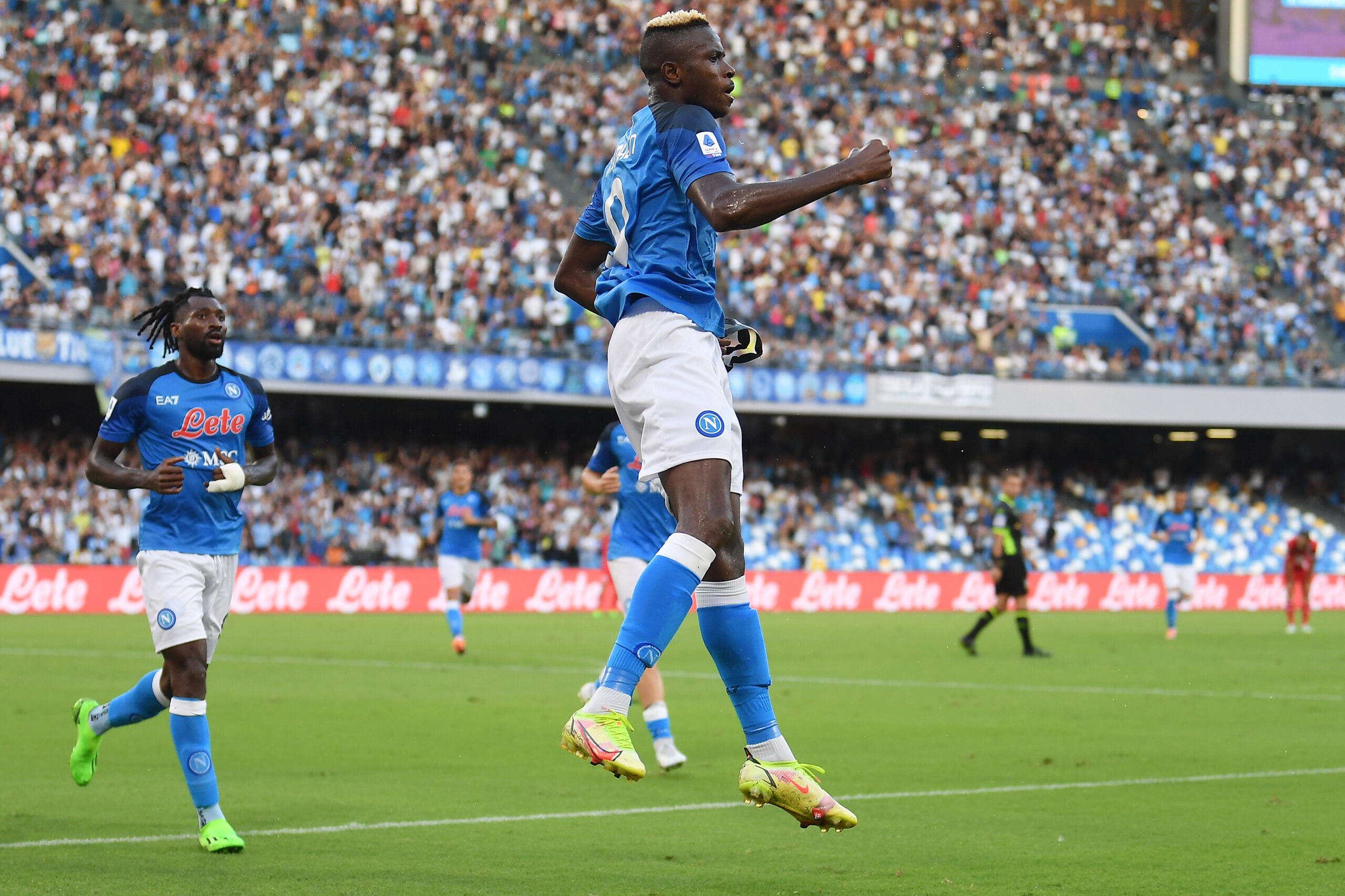 Manchester United have ‘come forward’ for Napoli striker Victor Osimhen, but a move to sign him seems almost impossible, for now at least.

That’s according to a report from Area Napoli who claim that Napoli owner Aurelio De Laurentiis would not even sell the 24-year-old striker to United for €100 million.

Bringing a top-class centre-forward to Old Trafford will be the main priority for Erik ten Hag over the next six months.

Osimhen is someone who Ten Hag clearly admires, and he has been heavily linked with a move to United in the past.

It seems as though the Red Devils boss has not given up on his pursuit of the Nigeria international forward, but the outlook is seemingly bleak for the Dutchman.

Unfortunately for United, De Laurentiis has absolutely no desire to sell the striker. And with Osimhen under contract at Stadio Diego Armando Maradona until 2025, De Laurentiis will not even contemplate selling him for €100 million (£88m).

That’s a huge shame for Man United, because the Napoli striker is exactly what Ten Hag needs to take his team to another level entirely.

Described as an ‘explosive’ striker by The Sun and ‘deadly’ by Yahoo Sports, Osimhen is one of the very best around. He bagged 18 goals and six assists in 33 games for Napoli last season. This term, he has 10 goals and three assists in 14 games in all competitions.

Osimhen possesses all of the attributes needed to succeed in the Premier League. He’s strong, incredibly quick and 6ft 1in tall. The 25-capped Nigeria international also has many years ahead of him in the game.

Napoli obviously don’t want to sell the striker. They are currently sitting pretty at the top of Serie A, eight points clear of second-placed AC Milan.

They haven’t won the title since 1990, so why would they want to sell their best player midway through the season?

That could all change in the summer. And if United make an offer north of £88m for the Nigerian, it will be interesting to see how Napoli respond.