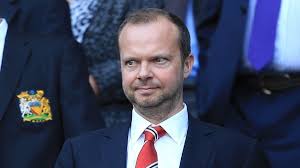 Manchester United executive vice-chairman Ed Woodward has expressed his disappointment after the International Champions Cup clash against Manchester City at the National Stadium, Beijing on Monday was cancelled due to the bad weather in the Chinese city.

The Red Devils made a trip to the Far East to play in two pre-season fixtures. The first one was against Borussia Dortmund and Jose Mourinho saw his side suffer a 4-1 defeat at the hands of the Bundesliga outfit in Shanghai. From there, United made a trip to Beijing and were scheduled to face City.

Woodward revealed that the decision was taken keeping players’ safety as the top priority. United chief went on to admit that the Premier League giants will return to Beijing in the future to play a pre-season fixture.

“It’s extremely disappointing not to be able to play the game in this amazing stadium but the recent torrential rain would have caused problems anywhere in the world and has left the pitch unplayable,” Woodward explained, as quoted by United’s official website.

“We know our fans in China will, like the players and staff, be saddened by the cancellation of the match but I am sure they appreciate that the player safety has to be the top priority. I am sure we will return to the Bird’s Nest in the future to give them the chance to see the team in action.”

United issued a full statement on their official website and it suggested that it was a collective decision to call off the match from both United and City and also the organisers.

“The cancellation was made in the interest of player safety and comes following extreme weather events in Beijing over a multiple day period, that have left the playing surface in a condition deemed to be unfit for play.

“Due to international travel schedules and planned sporting commitments, the match cancellation is definitive and the match will not be re-scheduled,” it added.