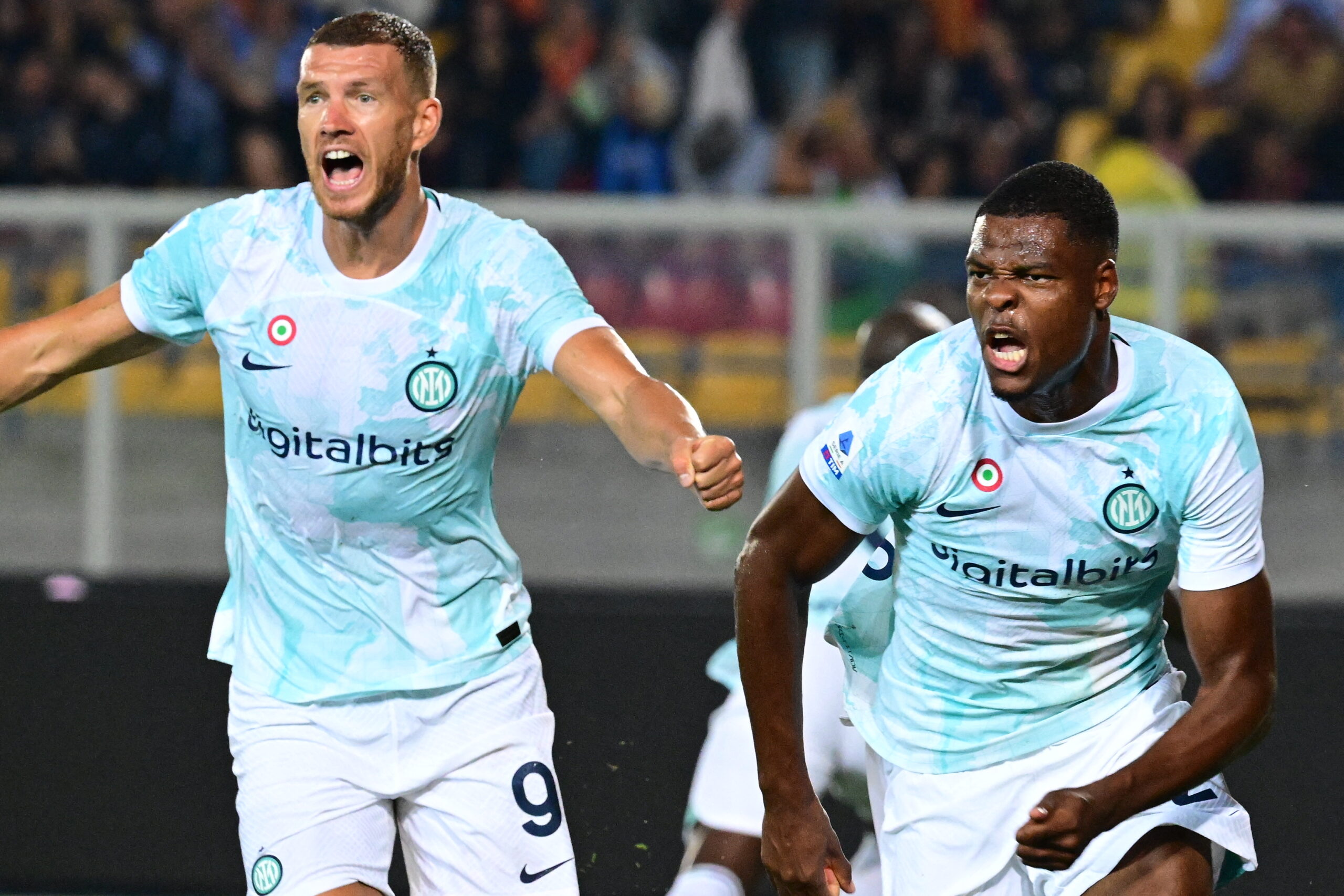 Manchester United can sign Denzel Dumfries from Inter Milan for €40 million in the summer, or €50m in the January transfer window.

That’s according to Gazzetta dello Sport who claim that United have already held talks to sign the 26-year-old Inter right-back.

And Dumfries would undoubtedly be a significant upgrade on Aaron Wan-Bissaka.

GDS claim that if Ten Hag wants to bring his fellow Dutchman to Old Trafford this summer, he needs to pay €50m (£44m) to make it happen.

Or, if the United boss is willing to wait until the summer, it will cost him around €40m (£35m) to sign Dumfries.

However, Ten Hag should pull the trigger on this deal now – €50m for Dumfries is a good deal.

The 42-capped Netherlands international is incredibly powerful and has plenty of effortless pace with energy and stamina in abundance.

With his powerful build and robust nature, he should be ideally suited to the physicality of the Premier League.

He proved during the 2022 World Cup how effective he is at both ends of the pitch in big games. In fact, talkSPORT suggested that he set FIFA’s showpiece tournament alight.

The Dutchman has bagged seven goals and 10 assists in 68 games for Inter – mightily impressive numbers for a right-back.

He is a truly elite player. If United can sign Dumfries for €50m in January, they should not hesitate to make it happen.