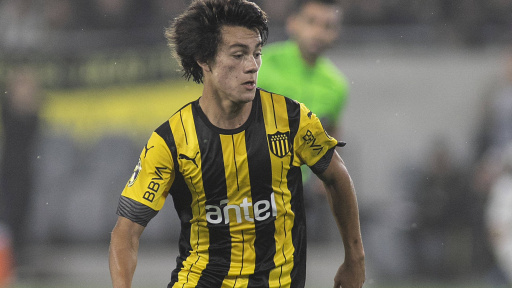 Manchester United manager Ole Gunnar Solskjaer has said that he hasn’t made a decision yet whether Amad Diallo will join the first-team squad after arriving at Old Trafford in January.

The Red Devils signed the 18-year-old on transfer deadline day in October and are finalizing a work permit so he can move to Manchester next month.

Both the Ivorian footballer and Facundo Pellistri completed their transfers on deadline day, however, the Uruguayan moved to England straight away while his fellow winger will make the move in January..

Since arriving at the club, Pellistri has made 7 appearances for the Under-23s, scoring three goals and creating one assist. He was also an unused substitute in the Red Devils’ wins over PSG and Istanbul Basaksehir in the Champions League.

The U23s will play against Chelsea on Friday but don’t have a match after that for a month. That’s why he will be trying hard to get back to the first-team squad.

“We felt Facundo would benefit,” Solskjaer said (as per Manchester Evening News). “He started training with the first-team – he did well but we couldn’t give him game-time so we thought we’d give him a run of games in the 23s and he’s benefited from that. His confidence has been given a boost. He’s shown in all the games that he can impact the game.

“With Amad, hopefully we can get him in and we’ll see how the squad looks and how he looks and how he settles as soon as possible. They’re both talented players that we believe will have a long career here. It’s important we find the right time.”

Manchester United will travel to South Yorkshire this Thursday to face Sheffield United who have yet to win a Premier League match this season.

The Red Devils will be hoping for an uplifting victory after the humiliating defeat at the hands of RB Leipzig in the Champions League.