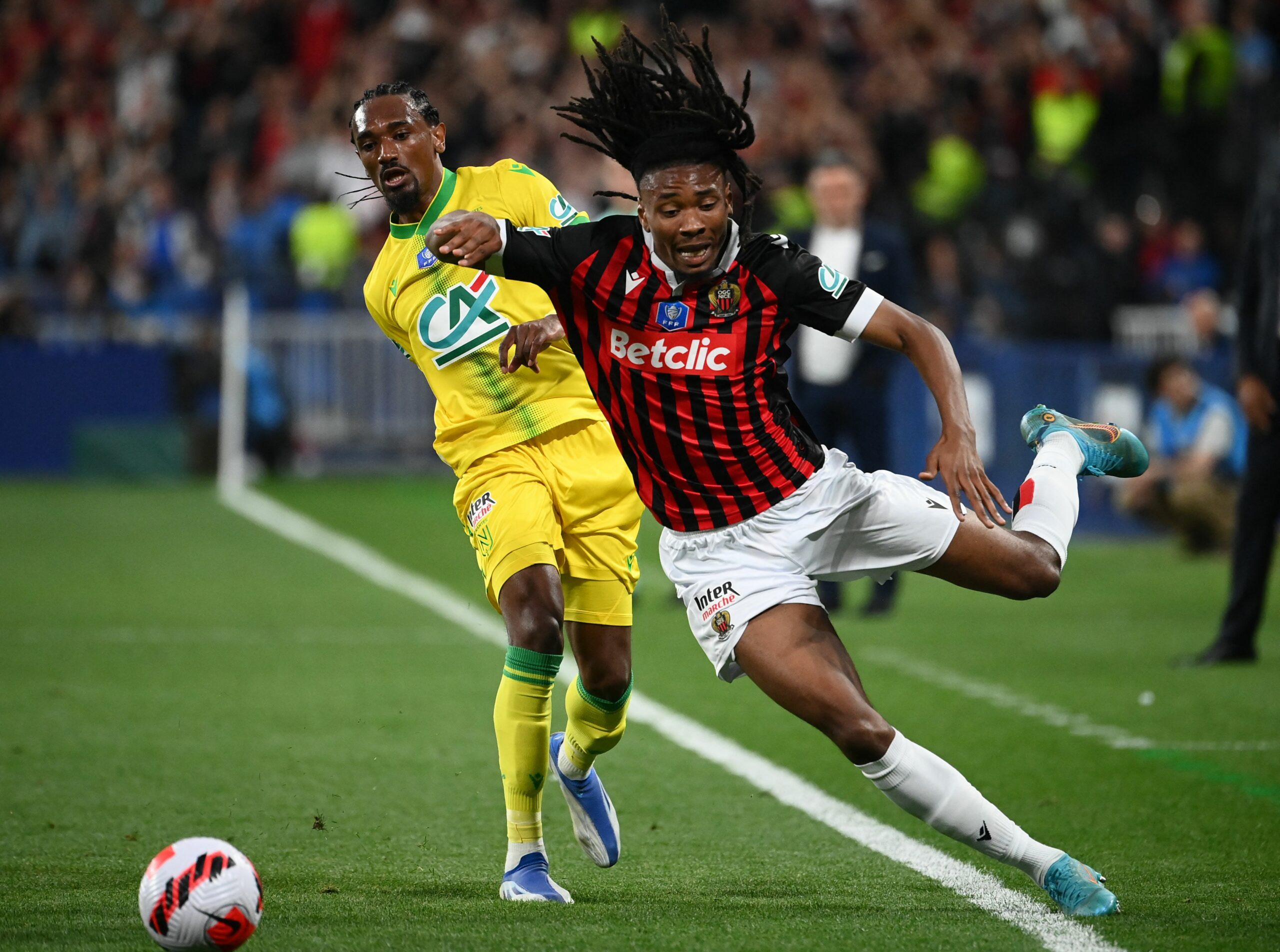 That’s according to French outlet Media Foot who claim that United have made an enquiry for the 21-year-old but could face competition from Paris Saint-Germain for his signature.

Erik ten Hag is clearly desperate to bolster his defensive midfield ranks at Old Trafford this summer. As things stand though, he still is yet to do so.

Ten Hag is casting his net far and wide and not putting all of his eggs in one basket.

French publication Media Foot suggest that United are battling with PSG for the Nice midfielder’s signature this summer.

The Red Devils are studying the France under-21 international closely and he will cost around €20 million (£17m). He is a defensive midfielder by trade and has all the attributes needed to become a real star of the game.

Thuram bagged four goals and two assists in 36 Ligue 1 games for Nice last season. During those appearances, the young Frenchman averaged 0.9 tackles, 0.8 interceptions and 0.5 clearances per game. He made 31 passes per match on average and recorded an impressive completion rate of 86.4%.

Described as an ‘amazing’ young talent by talkSPORT a couple of years ago, the Nice starlet is a really exciting player. He is incredibly mobile, has pace and energy in abundance and has a really high ceiling.

He stands at 6ft 4in tall, so he has the build needed to succeed in the aggressive and physical nature of the Premier League.

We think that for £17m, Thuram would be a very smart addition for United this summer.

Read also: Fabrizio Romano claims £38 million star will be the easiest transfer for Manchester United to get done.